League of Legends players can choose the next Tristana skin

League of Legends players can help choose the next skin for Tristana from a selection of concepts.

Riot Games are running a poll that will allow League of Legends players to have their say in what the next new skin for the Yordle gunner will look like.

Players have the chance to decide between three different skins for Tristana. When the poll closes, the skin concept with the most votes will be created and added to the game, although apparently if the results are very close Riot will take into account the preferences of those voters with a lot of time on Tristana.

“Armed to the sweet teeth with a mighty gumball gun, Sugar Rush Tristana protects the Candy Kingdom from unsavory forces.”

“Two extremely dangerous Exosuits have gone missing, and the bounty on them is only getting higher. Galactic Gunner Tristana has a solution for that: shoot first, ask questions never, and cash in.”

“Sometimes being mighty requires a little bite. Little Demon Tristana is a master of mischief, ready to jump into any heated situation… or cause one of her own.” 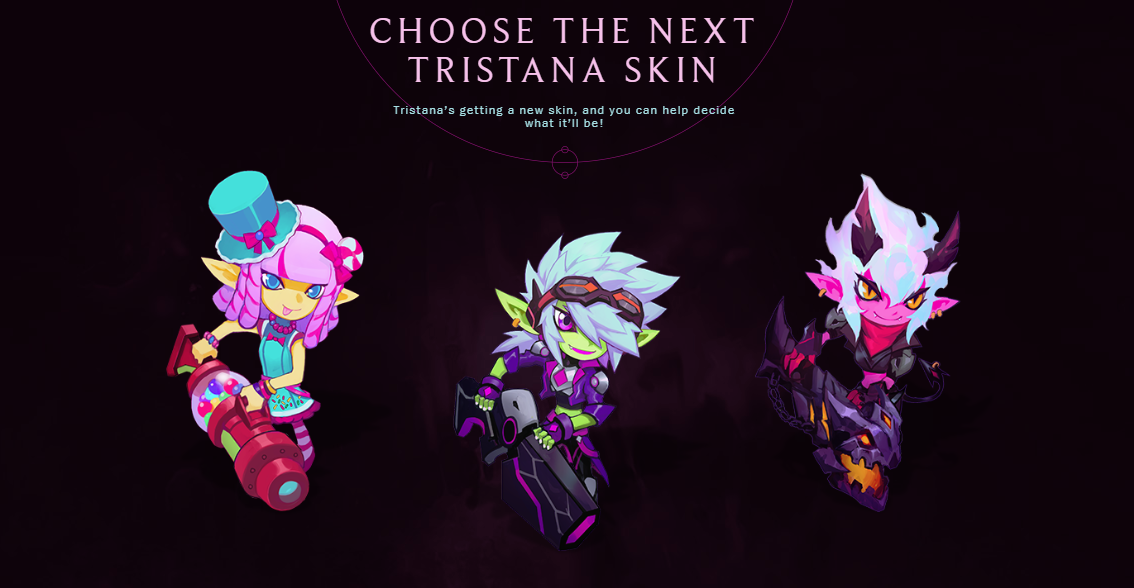 There’s an incentive simply to vote as well, as those who take part in the selection process will receive an exclusive icon when the skin ultimately goes live. League of Legends players can vote here.

Once the winner is announced, Riot will post regular updates on their progress as they take it from concept to full in-game skin.

This isn’t the first time that Riot have run such a poll to decide a new skin. In 2017, players helped pick between three potential Illaoi skins, the final result of which was the “Battlecast Illaoi.”