Various members in the League of Legends community have at one time or another been the victim of a surprise queue pop that they didn’t make in time, and one dev has finally created a tool to prevent that from happening again.

Aside from what happens in actual League of Legends matches, one of the most frustrating aspects comes from being booted from a lobby simply for not making it back to the client on time.

Moreover, the anxiety of not knowing when a match will pop leaves players in a perpetual guessing game that can heavily restrict someone’s ability to take breaks, go to the bathroom, check up on something, etc.

League of Legends players won’t have to fear going away from their PCs with Mimic.
[ad name=”article2″]

In a Reddit post, user ‘molenzwiebel’ introduced the saving grace for many players with their new Mimic tool which “is essentially the League (pregame) client for your phone.”

“I created a fully working pregame client for your phone!” molenzwiebel said. “Accept invites, get into queue, pick champions and more!”

The tool works by downloading Conduit on the desktop, after opening up the League of Legends client the program will “start listening.” The tool will create a code for the player that they will then use on their phone’s browser to connect to Mimic and letting them control the game from mobile devices. 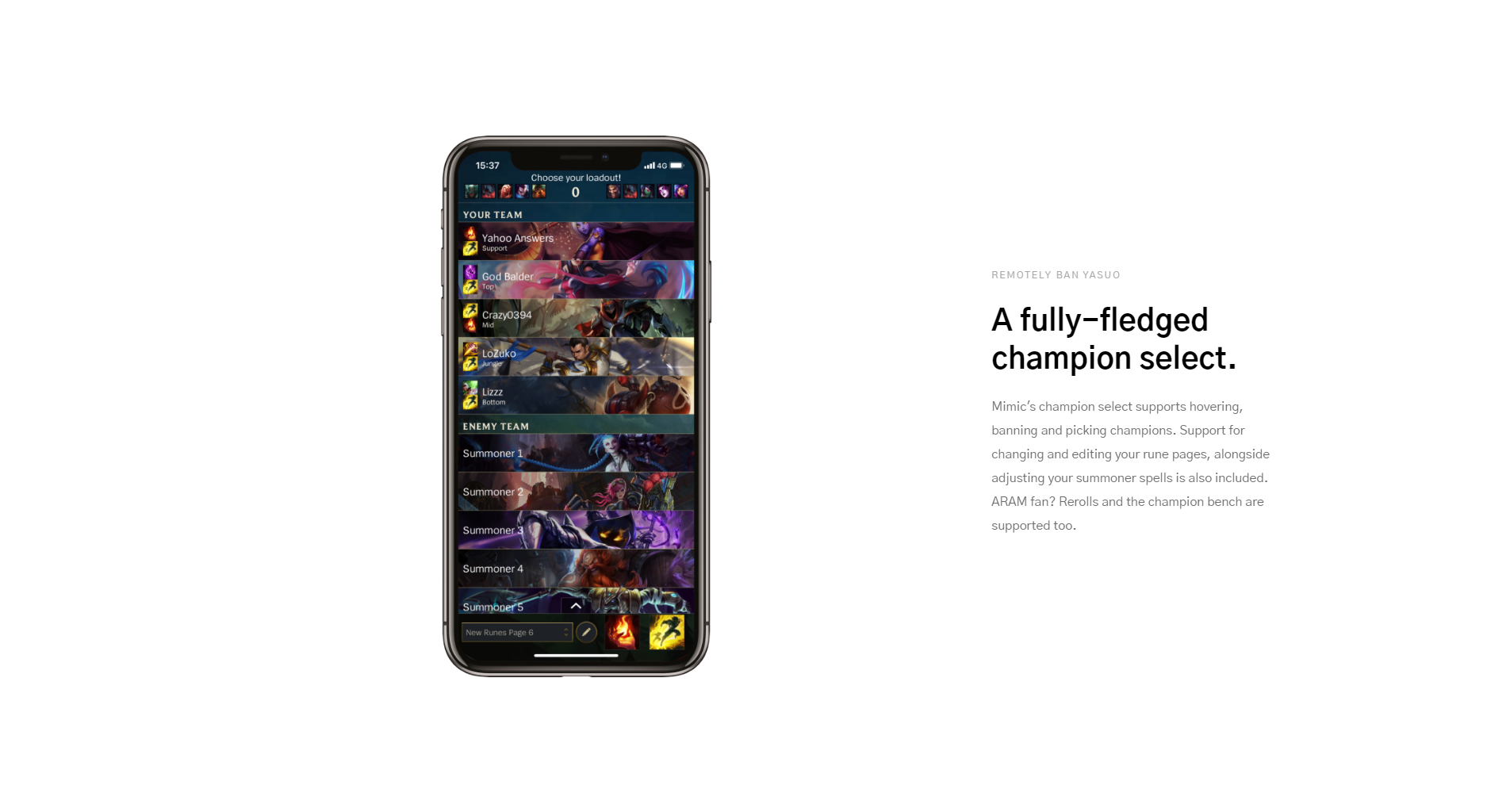 It looks like players will be able to take care of the monotony that is pre-game from their mobile devices.
[ad name=”article3″]

“By installing a lightweight bridge on your desktop,” molenzwiebel said. “You can accept queue, pick champions and get into game anywhere. Imagine accepting queue while on the shitter, checking the mail or getting something to drink!”

It seems Mimic can be an incredibly helpful tool for League of Legends players as it lets Summoners do everything from creating a new lobby, hover over champs in champ select, ban/pick a character, see the other team’s picks, and so much more. 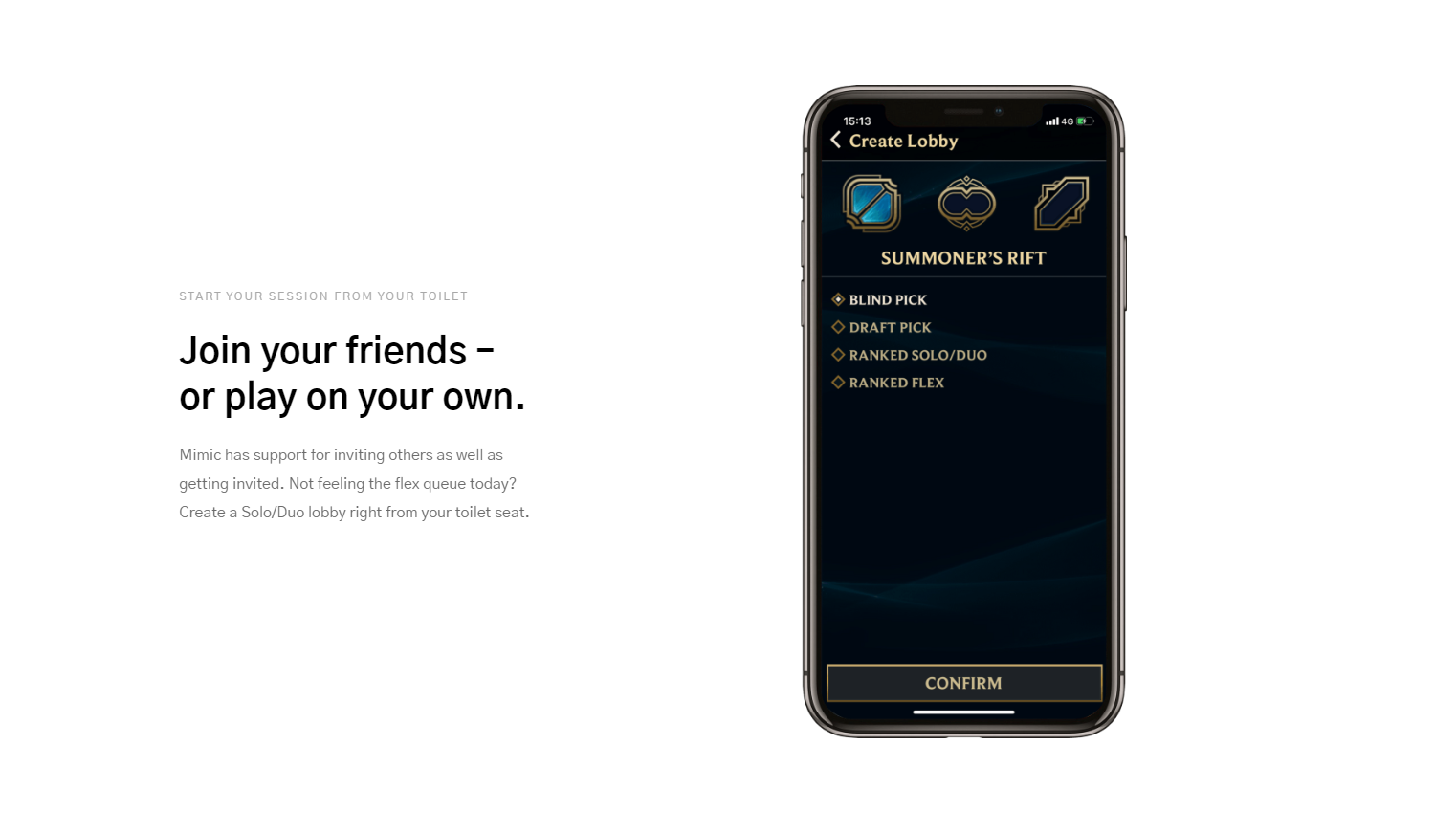 Mimic will let players create different kinds of lobbies from their phones.

According to molenzwiebel, the developer has gone through proper lengths for the tool to be approved by “both the general Riot Developer policies and the League Client development policies.” Further noting that they “made sure to get explicit approval for both the promo site and the actual application, so [players] should be good to go.”

As an added measure for peace of mind, molenzwiebel says that the app is fully end-to-end encrypted to give more protection for players’ privacy.

While the developer says they are still working on Mimic’s bugs and kinks to perfect it, the tool is already shaping up to be a favorite among League of Legends players.