Riot have revealed which champions are receiving changes in upcoming League of Legends update Patch 9.16.

The next major update to Riot’s popular MOBA will be Patch 9.16, which is expected to arrive on Wednesday August 14.

Riot stated with Patch 9.14 that they wouldn’t be making any major changes for the rest of the season, such as the new counter mechanics introduced by that update, but they are continuing to fine-tune the game’s balance.

League of Legends lead gameplay designer Mark ‘Riot Scruffy’ Yetter has now revealed a preview of the changes that are expected to arrive with the next patch.

Some of the most frequent picks from the recent professional meta are being targeted with nerfs, with Corki and Azir, two mainstays of the mid lane, both taking a hit. Meanwhile, Sejuani and Sylas are also taking a hit in the jungle, along with several popular champions for the bot lane duo – most notably Ezreal, who is getting a major nerf to his Q AP ratio and E cooldown. 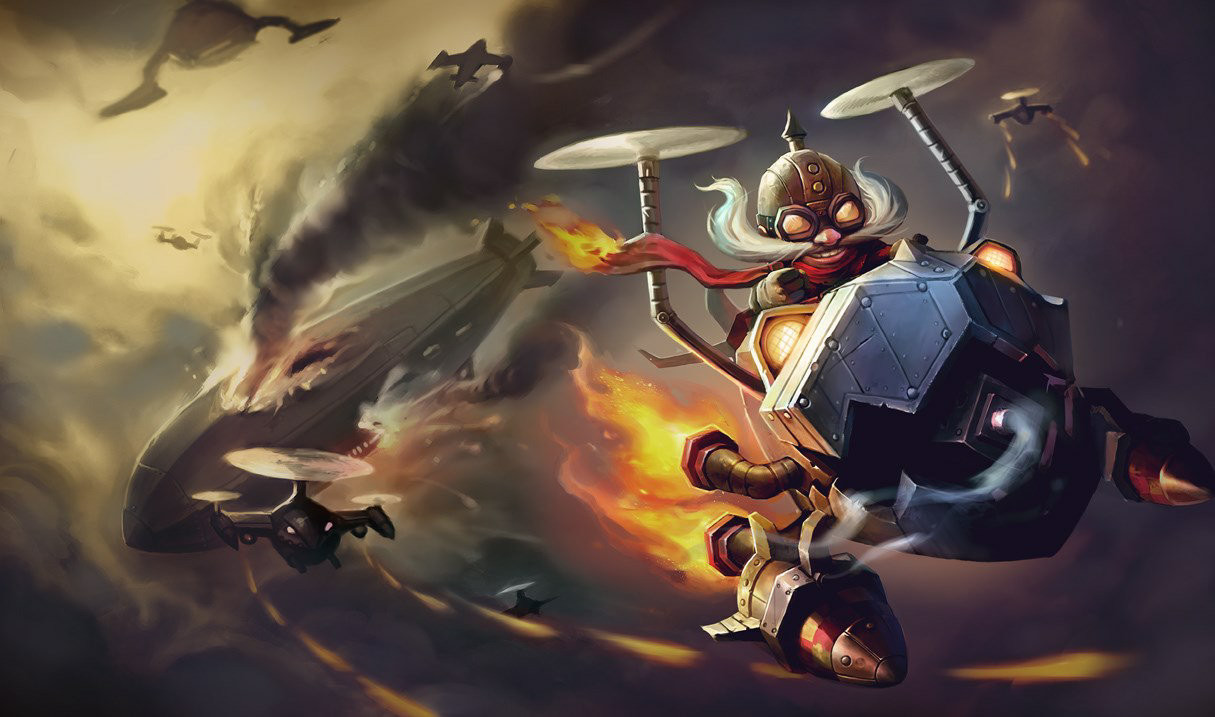 Changes to Corki and Azir should help shake up the mid-lane meta.
[ad name=”article3″]

On the flip side, a variety of champions are receiving buffs, although noticeably absent is Galio, who took a massive hit to his play rate after a huge nerf in 9.14, and which minor buffs in 9.15 don’t seem to have helped him recover from.

The full list of champions getting adjustments in Patch 9.16:

Details of the changes can be seen below: 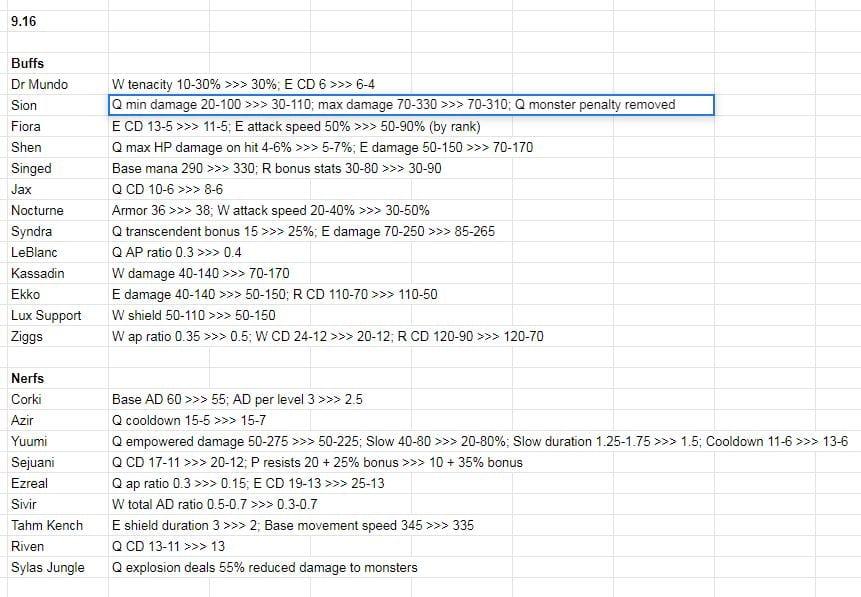 With a week to go until this patch actually goes live, during which these changes will be tested on the Public Beta Environment (PBE), they could all still be subject to change. The preview does give a sense of the direction Riot are heading with the new update, however, and the kind of changes players should expect.

Patch 9.16 is also expected to introduce the new Pantheon Visual and Gameplay Update (VGU), which will see a complete rework of the champion’s model, animations, and abilities.