Riot Games are drawing ever near to the next big release for League of Legends new champion, and have given fans a big look into the Empress of Elements who will soon be fighting on the Rift.

The developers already have a loaded roster of characters for players to choose from as it is, but to continue the evolution of their 10-year-old MOBA they’re routinely introducing new champs to mix up the game’s formula.

It seems like the next big release from Riot is going to do just that by bringing a more aggressive assassin to the fray who’ll have all the elements in Runeterra at their disposal. 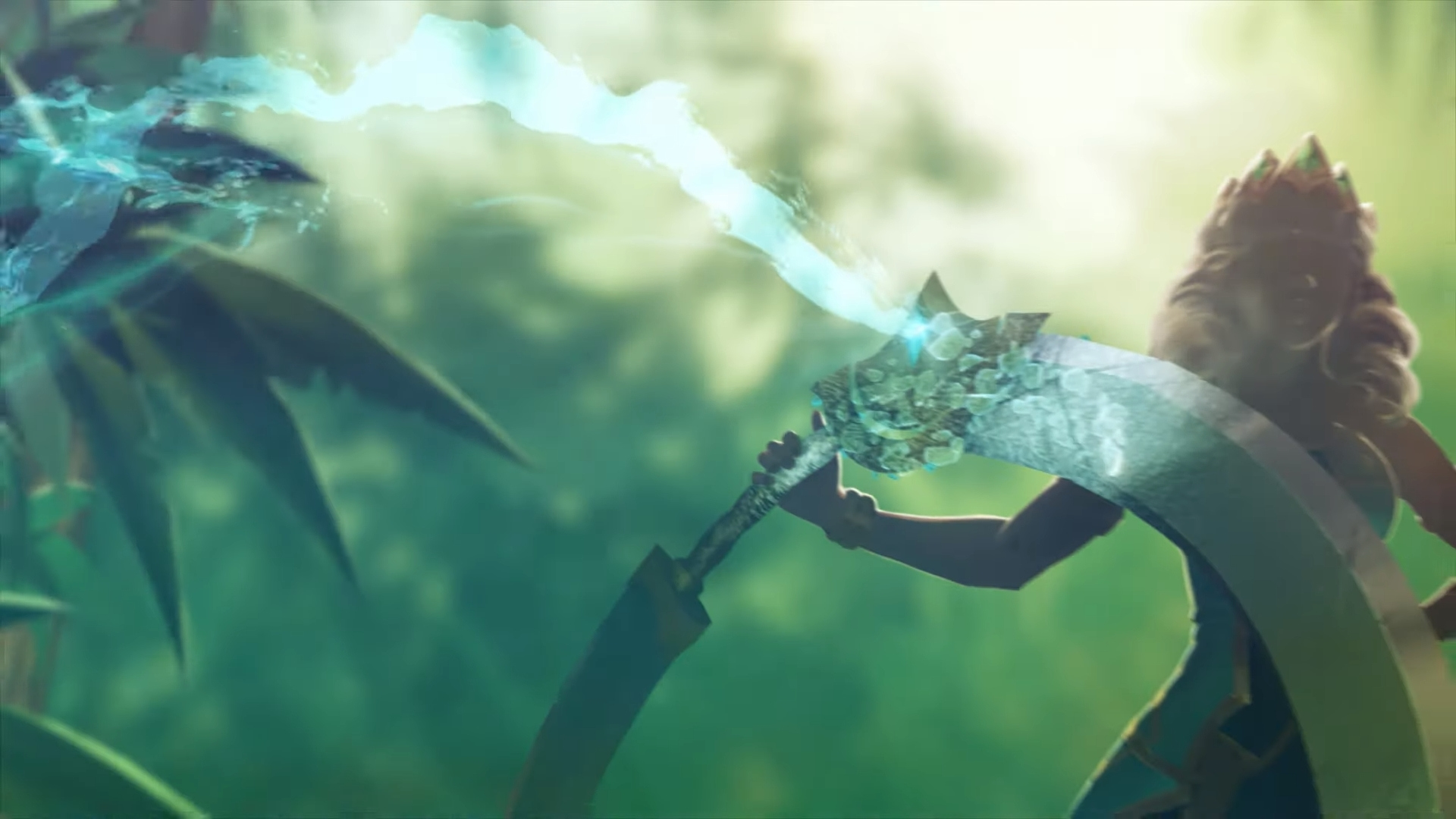 It looks like players will take control of more than one element to lay waste to their opposition.

In a June 6 video, the League of Legends team gave fans a first peek into Qiyana, who seems to be very in-tune with nature and is going to look for any way to use it against her opponents.

“I have raised jungles, shaped lands, and commanded rivers,” Qiyana said in the teaser. “This world answers to me!”

Throughout the teaser, fans can see the champion wielding a sort of circular weapon with three elemental runes of some kind spread evenly throughout its shape. As the camera pans to each rune they activate by glowing red, green and blue, respectively.

As they activate they’re influencing the world around them as the forces of nature, earth and water start to be manipulated by Qiyana’s weapon.

While not much is known about the Empress of Elements’ abilities, players already have a good idea of how she’ll fit into the team comps as revealed by the Riot devs in a previous Champion Roadmap.

“This new champion will be a solo lane AD assassin,” the Riot devs said. “This champion’s arrival will send you deep into the jungles of Runeterra where a brand new faction, hidden from the rest of the world, will reveal itself. This assassin has powers which give them all the elements they need to use their surroundings in clever and innovative ways.”

That “brand new faction” is in reference to the people of Ixaocan, and while Qiyana is obviously celebrate in her home, she’ll now be taking her talents to the Rift to rule over the competition. 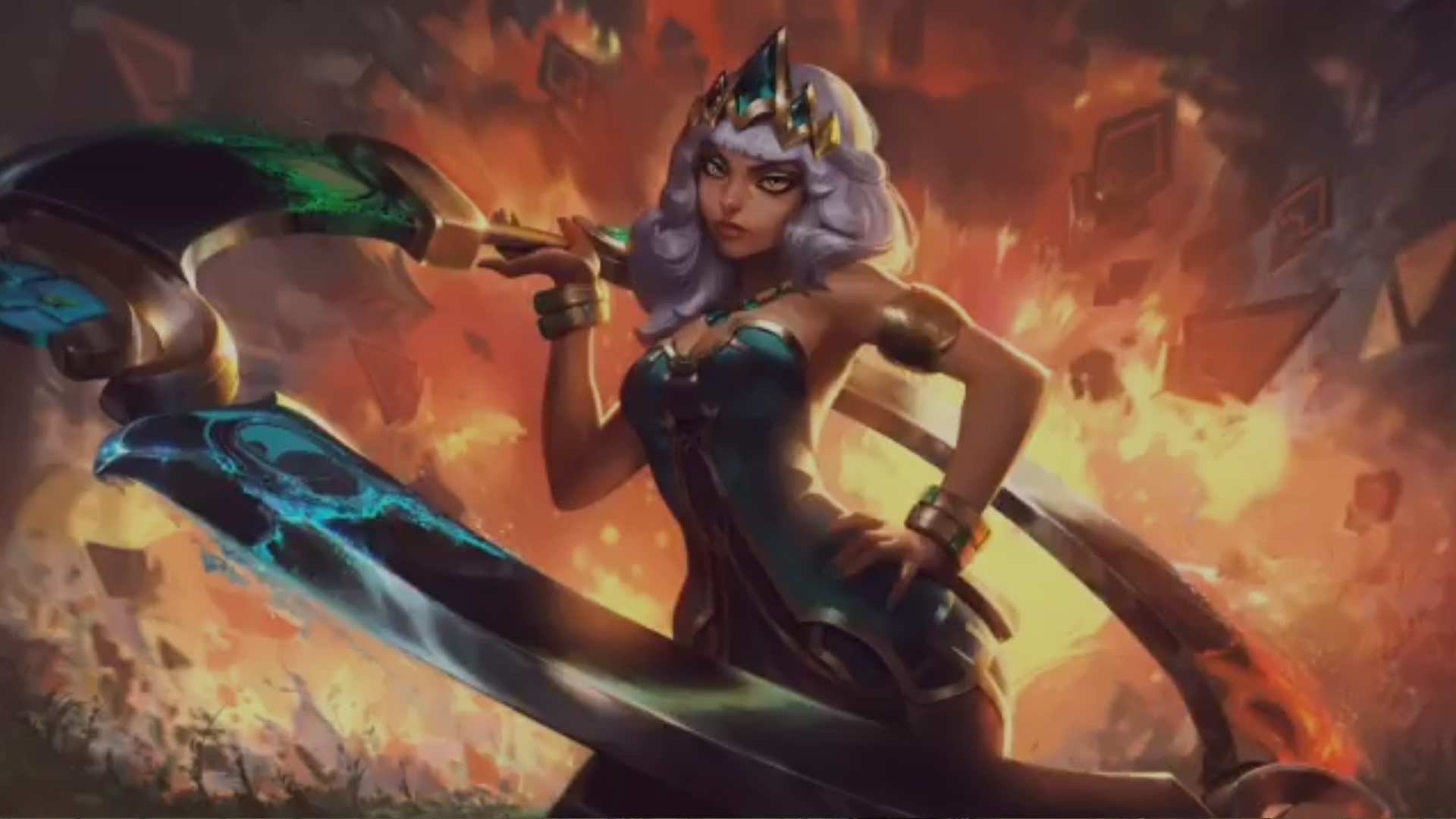 A leaked look at Qiyana’s alternate skin, that will probably drop upon the champion’s release.

When is Qiyana coming out?

If we look at the previous champion release, Yuumi, then fans can start to get a sense of Qiyana’s timeline in regards to her release.

For Yuumi, the devs released a teaser video on April 25, and shortly after a full champion reveal trailer the following day on April 26. From there it took about 19 days for Yuumi to land on the Rift.

Following that sample size of one, the Empress of Elements should be getting a more revealing trailer in the coming days which means she should land on live servers around two to three weeks after that. 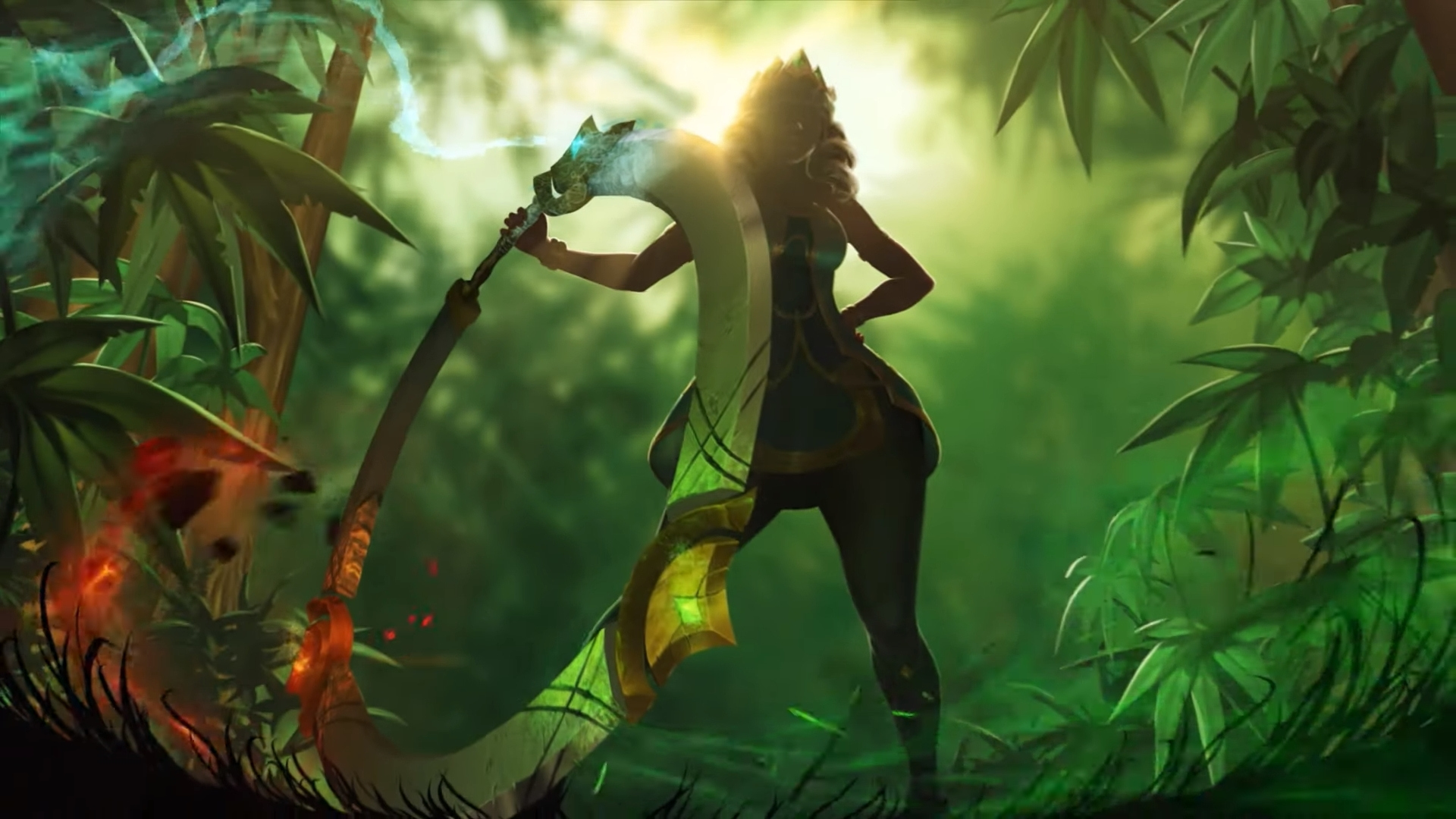 It seems like Qiyana is going to have a strange kit to make use of all the elements.

If the full reveal comes soon, rough estimations would suggest that Qiyana will launch as the 145th champion anywhere between June 24 to the 29.

It should be noted that previous champions like Sylas and Neeko also followed a loosely similar trend, being released 17 and 16 days after they were fully unveiled, respectively.

Regardless, players are going to be getting an entirely new champion to dive into shortly that will no doubt keep everyone on their toes upon release.