League of Legends: All abilities leaked for Pantheon rework

The new abilities for the reworked version of League of Legends champion Pantheon appear to have been leaked by the Philippines version of the game client.

Riot Games are currently working on a Visual and Gameplay Update (VGU) for Pantheon, and Reddit user u/joshuel126 claims to have discovered the champion’s new abilities in the Philippines League of Legends client.

Players got a first look at the reworked Pantheon with a recent behind the scenes video which his new look was revealed along with some details of his gameplay update, but a full look at his abilities had yet to be released.

Riot have stated that although the update is a complete overhaul of Pantheon’s abilities, they want the champion to have a similar overall feel to his original incarnation, and that “a lot of the basic actions you’re taking are going to be very similar to before.” 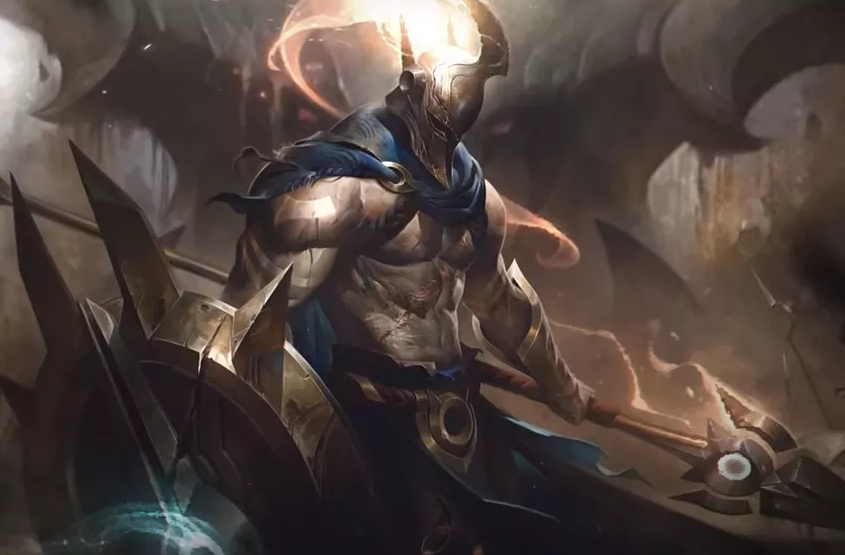 Riot have revealed a first look at the upcoming Pantheon VGU.

According to the leak, Pantheon’s new abilities will be as follows.

After five basic attacks or ability casts, Pantheon’s next ability (Q, W, or E) is empowered.

Tap: Pantheon stikes in a direction, damaging all enemies in a line.

Hold: Pantheon throws his spear in a line

Pantheon leaps to a target enemy, doing damage and stunning them.

Empowered: Pantheon’s next basic attack hits three times, each at a reduced damage.

Pantheon sets his shield in a direction, gaining invulnerability to damage from enemies in that direction and dealing damage continuously. The last hit is extra powerful and still activates if E is canceled early.

Pantheon leaps into the air and then hurtles back toward a target location, damaging enemies as he passes through. Mortal Will activates immediately when he lands. 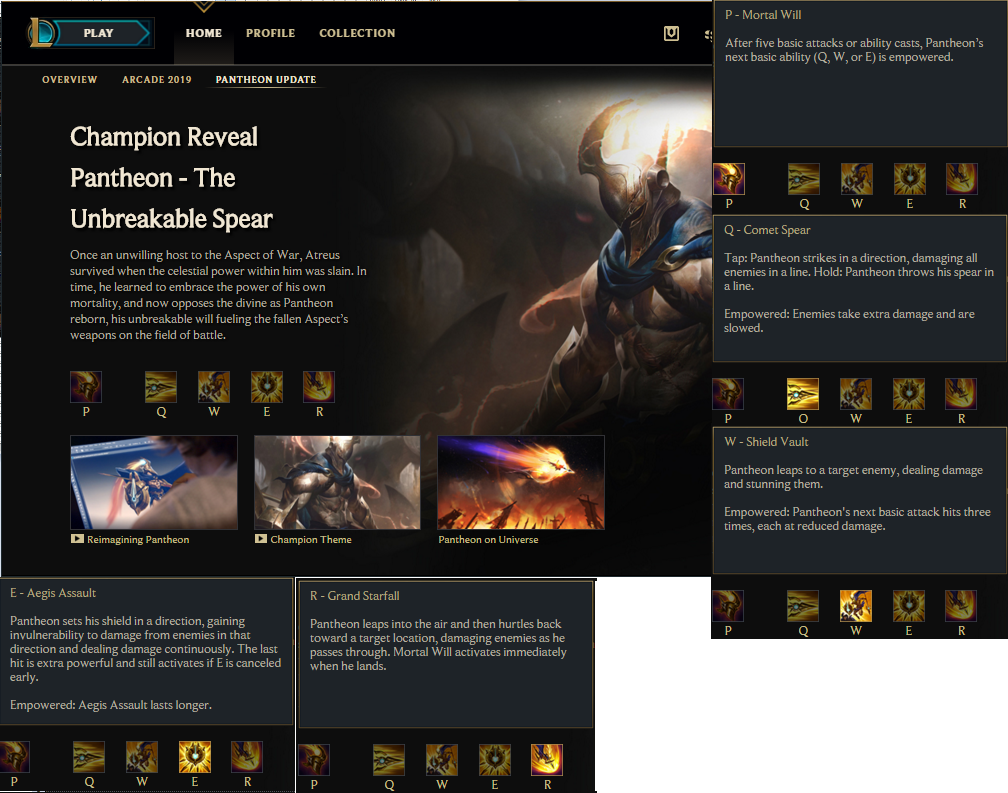 Pantheon is still expected to be played primarily in the top lane or jungle, but as with all champions there’s always the possibility that creative players may figure out how to use him effectively in other positions as well.

The new version of Pantheon is expected to go live in Patch 9.16 in August, although he will likely hit the Public Beta Environment (PBE) much sooner.