The upcoming 9.5 patch for League of Legends will implement a number of balance changes after a lot of champions were left under-powered after previous updates.

Riot Games were open about their caution for the 9.5 patch, as they will be closely monitoring how changes in the top lane and with marksmen evolve to see where the biggest problem lie.

Though the 9.5 patch’s biggest changes stem with more updates to the Conqueror rune, a buff to Neeko, and some fixes to Rakan, it will also be introducing long-awaited updates to Morgana and Kayle. 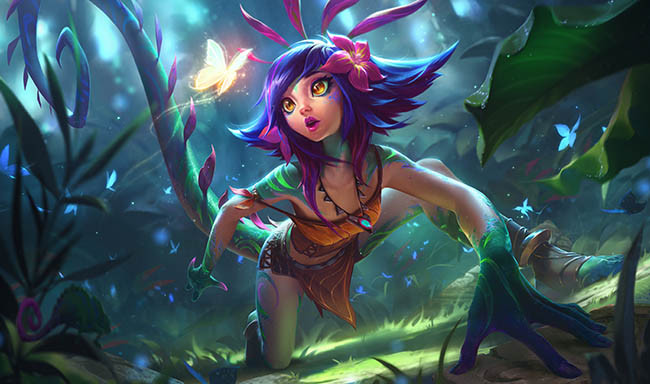 Neeko has seen a decrease in use since her release, Riot’s buff will look to change that.

Conqueror was again the focus of a nerf, this time coming by a mid-9.4 hotfix. The rune can still be problematic in the late-game, which is why the devs have now decreased its max stacks from 50 to 30.

For Neeko’s first buff since being released, Riot is making a simple change to her Tangle-Barbs that will simplify how she CC’s opponents. The change will make her laning phase stronger, and possibly a more viable pick going forward.

Rakan’s 9.2 patch nerf significantly reduced his playmaking ability, so the company is putting back some speed to his Grand Entrance that will hopefully give him enough bounce in his step to pull off an effective engage.

Kayle and Morgana are going to get their new looks in 9.5, and the company has already released an updated lore for the characters. The incoming patch will give them updated animations for their release.

The latest 9.5 patch will look to revamp a few champions that were left hurting from previous updates and will hopefully bring a bit more balance to the Rift.

We hotfixed Conqueror in the middle of the last patch, decreasing the ranged stack duration and the number of adaptive force per stack. But it’s still too strong, especially in the mid to late game . With its new stacking model, champions gain stats leading up to the proc and late game scenarios actually trigger it faster than the previous iterations of Conqueror. We’re pulling out some of Conqueror’s late game strength while retaining the more core true damage and healing conversion.

(Reminder: These have been live for a while already.)

The conditions to Neeko’s roots were a little complicated so we’re simplifying them to make her more reliable, especially in team fights.

The nerf to Rakan’s Grand Entrance in 9.2 hindered his playmaking ability. We’re giving him back some of that speed, so he can go back to helping his lane partner poke their lane opponents or assist the rest of his team in a crazy fight, while still keeping his R-W initiation in check. 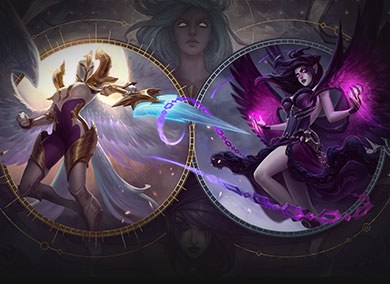 Kayle and Morgana are ready to take down the guilty. The sisters serve justice in Patch 9.5!