One ingenious League of Legends fan has brought the champion Vayne to life with an incredible cosplay outfit based on the character’s Firecracker variant skin.

Cosplayer WanderLustLuca uploaded a photo of herself cosplaying as Vayne in his Firecracker skin to the League of Legends subreddit.

The cosplay was down to a tee by including the figure-of-eight bow in the hair with markings down her arm – just like Vayne has in-game. What was even more impressive, is that the cosplayer revealed it was the first outfit that she had to alter and sew before showing it off. 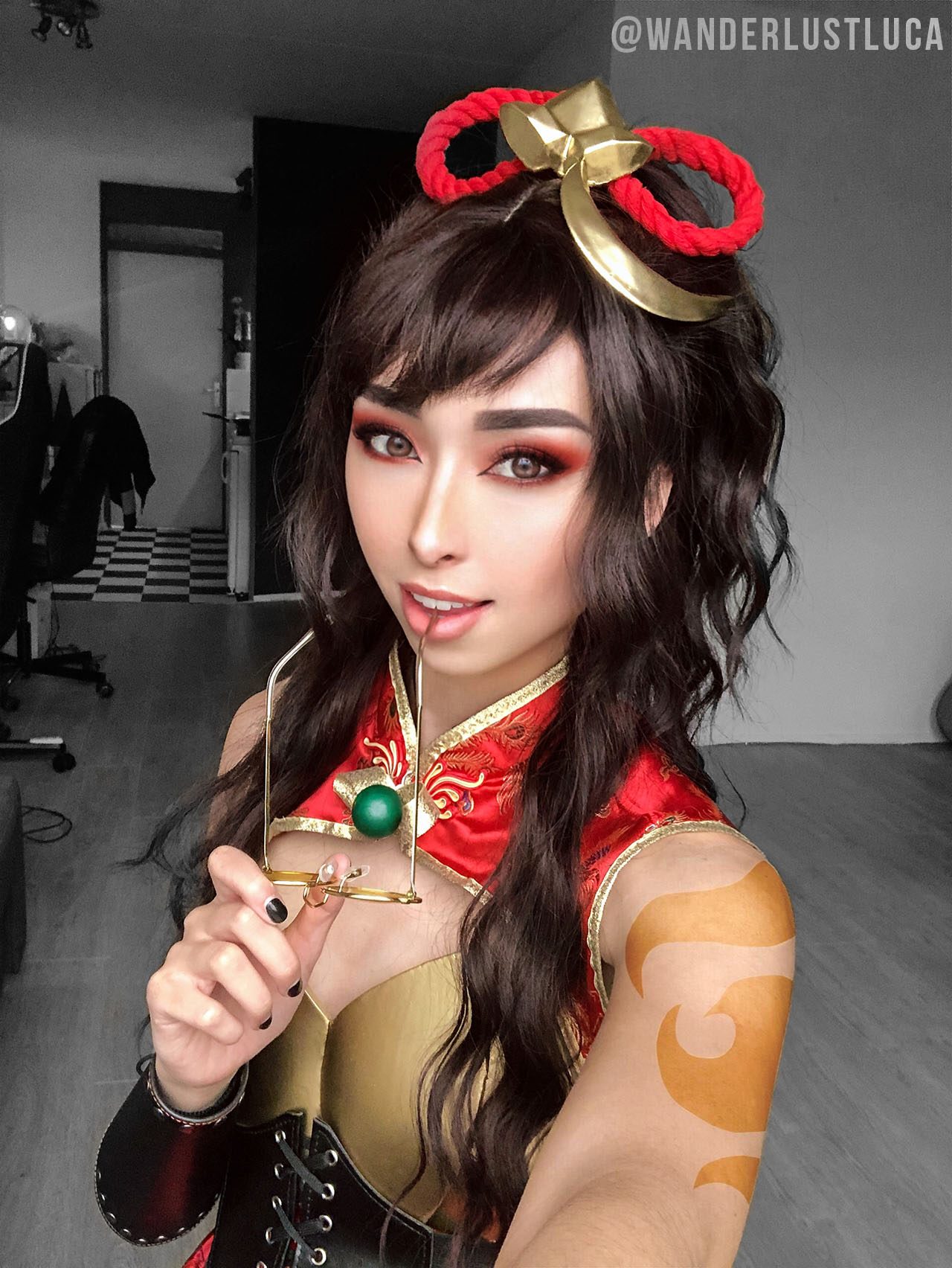 The cosplayer has a wide array of LoL champions that she has cosplayed as in the past.
500

It’s not the only League of Legends cosplay, or even Firecracker variant of a LoL champion, that Luca has attempted to cosplay as before.

Back in October 2018, the cosplayer uploaded a number of photographs to her Instagram page cosplaying as Jinx in her Firecracker skin – complete with a number of different colors in her hair and temporary arm markings to complete the authentic Jinx look.

To celebrate the 2018 League of Legends Worlds finals, Luca teamed up with a fellow cosplayer – SlayBelleMel – for a joint cosplay outfit following Team Invictus’ success in Korea.

Luca took on the form of K/DA Evelynn, in homage to Riot Games’ pop girl group, while Mel went for a slightly different choice of Kai’sa – with the reveal photo being edited to give the pair a purple background that wouldn’t look out of place in a normal LoL loading screen.

I’m a picture perfect face with that wild in my veins. :smiling_imp: K/DA Evelynn! I hope you guys like it! Sorry I made you guys wait so long. @slaybellemel and I had waaaaaaay too much fun editing this. Definitely go check out her Kai’sa on her account. . . . . . . . . #kdaevelynn #kdakaisa #kdapopstars #leagueoflegends #evelynn #kaisa #riotgames #leagueoflegendscosplay #cosplay #costest #cosplaygirl #kdaahri #kdaakali #worlds2018

The cosplay isn’t the only impressive LoL real-life crossover that we’ve seen in recent days. Riot Games recently announced that the game will be the focal point of an upcoming Simpsons episode that looks at esports.

However, we won’t hold our breath about seeing a Simpsons x League of Legends cosplay. That may just be a step too far.