The League of Legends World Championship is on the horizon, and Riot is bringing back Pickems to back their favorite teams and have a chance of winning skins.

The Worlds Pick’em challenge debuted in 2014, making League players put their money where their mouth is and guess where every team will finish up at the World Championship. It’s free to enter, but hard to win – only one person has gotten every pick at the tournament right, way back in 2015.

The challenge is returning for the sixth time at Worlds 2019 during the Group and Knockout stages. If you want to get involved, check out how to below.

You can participate in the official Worlds 2019 Pick’Em if you have a League of Legends account. If you don’t have one, you can sign up here.

From there, you need to log into the LoL Esports Pick’Em site using your League of Legends account.

Once the site is open, making your picks is straightforward. For the Group stage, you’ll see the four groups. You have to drag around the order of teams in that group based off where you think they’ll finish.

Regardless of your results in the Group stage, you’ll have a chance to predict the Knockout stage too. Using the eight teams that progressed through, you have to guess who wins every matchup on the way to the Summoner’s Cup.

Every correct pick is worth points, with the points becoming more valuable at the end of the tournament. Earning a set amount of points will make you eligible to win blue essence, summoner icons, and skins. 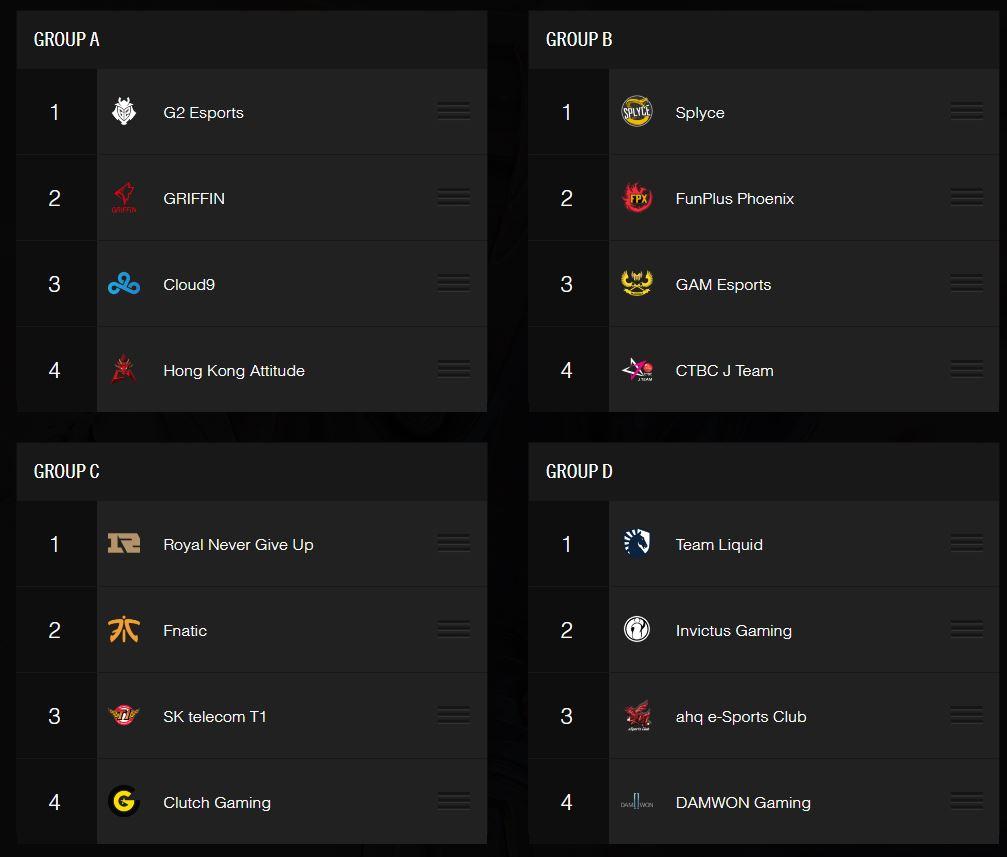 With the group stage complete, World Championship viewers now have the chance to make their picks for the playoffs.

No matter how well your group stage predictions went, you’ll have the chance to earn more points in the playoff stage – even if you were one of the 103 people who managed to get every single pick wrong in the group stage.

Starting with the quarterfinals, you’ll have to make your picks for the entire bracket before the playoff starts, so consider your choices carefully – one wrong pick could have knock-on effects for the rest of the playoffs. Even if you make a mistake in the quarter-finals, however, you can still earn points if the team you picked for the subsequent semi-final still goes through and wins.

Players have until the end of Friday, October 25 to lock in their choices, after which picks will be locked for the remainder of the tournament, so be sure you’re happy with your final decision before then. 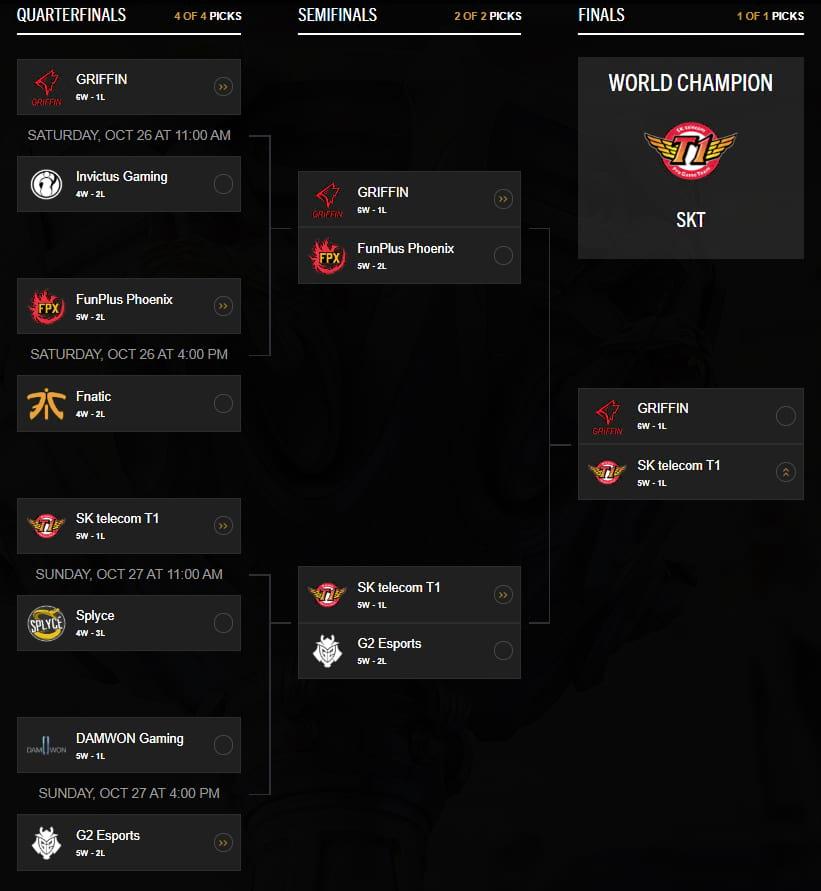 You’ll have to make your picks for the entire playoff bracket.

Prizes on offer for Worlds 2019 Pick’em

If you reach 34 points, you will be able to get the special Worlds Pick’em Master Poro icon, featuring a whimsical poro doing its crystal ball magic on game predictions. 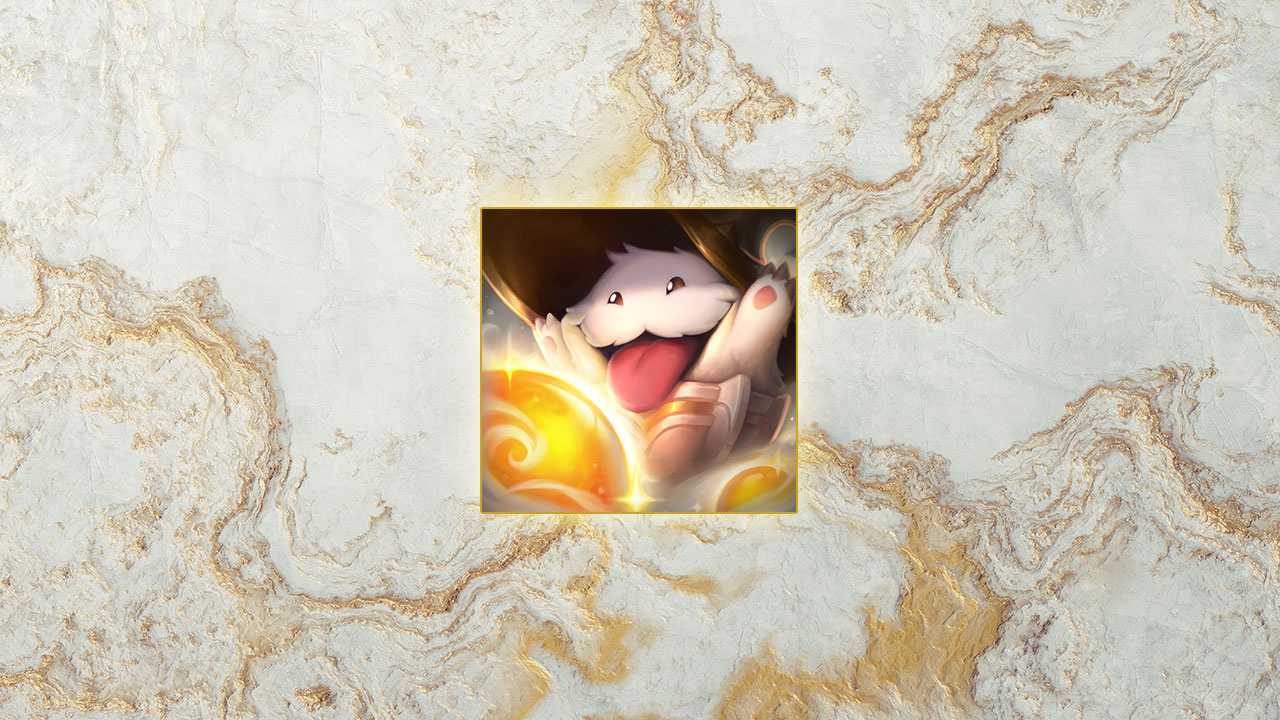 The Master Poro icon kind of looks like a Prestige edition of the Pick’em Poro icons of the past.
[ad name=”article5″]

However, if you manage to do what only one person has done before and take it all out, you’ll have an abundance of skins added to your account. Getting every tip right will grant you access to all five Ultimate skins in the game currently – that’s Elementalist Lux, Pulsefire Ezreal, Spirit Guard Udyr, DJ Sona, and Gun Goddess Miss Fortune.

If you already own the skins, Riot will probably sort you out with another prize, but that bridge hasn’t been crossed yet, so no one really knows what will happen.

There are also in-game missions related to the Pick’ems which will be on offer between the date Pick’ems open and the start of that respective group. The prizes on offer for these are unknown, so keep an eye on the client to see what in-game rewards you can get by completing these. 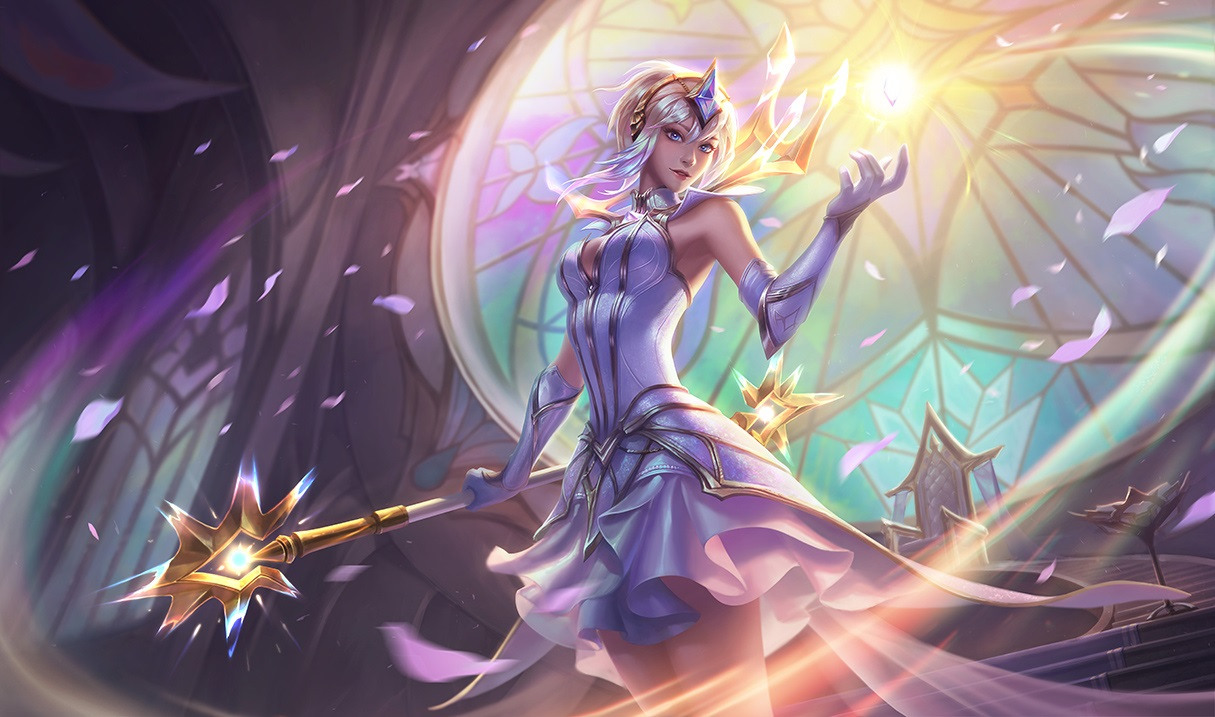 Elementalist Lux is up for grabs for people who get perfect tips in 2019.

You can start filling out your Pick’ems on October 9 at 11am PT for Groups, while the Knockout stage picks starts on October 21 at 11am PT. They will close on October 11 and October 25 respectively.

At the time of writing, that means that players have less than 48 hours to lock in their choices. During the open window, picks can be moved around as much as you like, but they’ll be locked once the window closes – so make sure you leave them as you want them to be if you’re not going to adjust them again before the October 11 deadline.