League of Legends pro Henrik ‘Froggen’ Hansen has revealed just how important Rick Fox was to him and Echo Fox.

Froggen is a veteran LoL player that has been playing competitively since 2011. He is a mid-laner that is well known for playing an extremely high-level Anivia and has played for multiple top teams during his career, including Evil Geniuses, Echo Fox, and Golden Guardians.

Echo Fox has recently come under fire due to a racist investor and were forced to sell their League of Legends Championship Series spot, which did not sit well with owner Rick Fox. On July 31, Froggen opened up about his time at Echo Fox and his relationship with Rick in an interview with Travis Gafford. 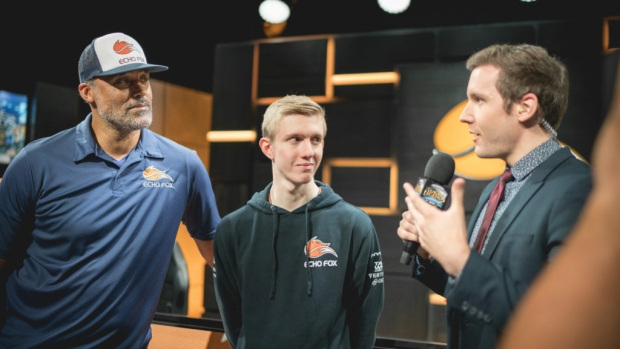 Rick Fox and Froggen talking about Echo Fox in the LCS.

“He was really involved and he was always around even though he was flying back and forth with NBA and TNT stuff. Him showing that he wanted to be involved, regardless of results, was really nice to see,” said the Dane.

He also added: “He gave me advice on a lot of things, he has experience as an athlete. It was a really valuable experience for me.” For Froggen, Fox’s dedication to his esports venture and team was clear to see – as he put in a lot of effort to help them grow.

Timestamp for mobile viewers of 4:30.

Later in the interview, the ex-Echo Fox mid-laner looked back fondly on his time with the organization.

“Being able to give each other something back and forth and being able to help each other grow was really nice,” Froggen stated. “A really good experience for the two years I was on the team.”

The Dane seemed to only have good things to say about Rick and the team seemed to be mutually beneficial to both the players and the owners.

Although Echo Fox’s time in the LCS is seemingly coming to an end, Rick Fox seems to be respected enough that there is a possibility he may one day return.