League of Legends stars Lee ‘Faker’ Sang-hyeok and Jian ‘Uzi’ Zi-Hao got together for a meeting at Worlds in which they got to know each other and played LoL-based charades.

The pair have already clashed on Summoner’s Rift at this World Championship, but they also met up for a more lighthearted encounter outside of the game in which they discussed their in-game preferences and played League of Legends charades.

The meeting started with a series of questions in which the players were presented with two options, and had to give their answers simultaneously. Both Faker and Uzi shared a preference for the Infernal drake over the Mountain drake, but they didn’t agree on everything. 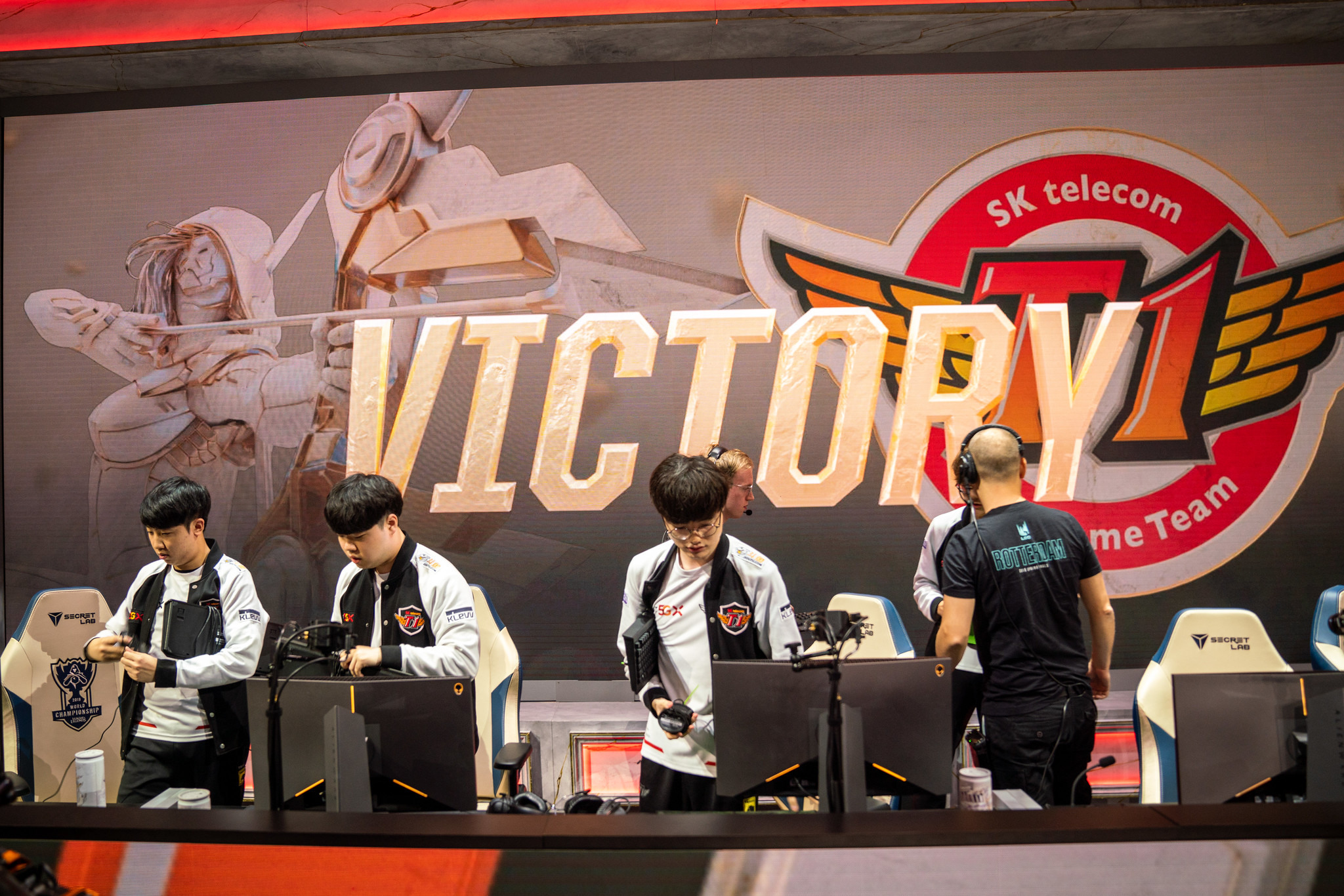 When asked whether they’d rather get a penta-kill and lose, or win a game with a bad score-line, Uzi favored the win, while the most successful LoL player of all time Faker chose individual glory – as he did when answering a similar question in a meeting with Doublelift – on the basis that he would then be able to tease his team-mates.

After the questions, Faker and Uzi played League of Legends-based charades, with Faker acting out Galio and Ryze, champions he’s often associated with, before Uzi tried to convey Vayne – one of his own most iconic picks – and Cho ‘Mata’ Se-hyeong, the legendary support that both he and Faker have played alongside.

Faker and Uzi are two of the most legendary players in the game. While none can truly compare to Faker’s immense accomplishments, Uzi is arguably one of the players who comes closest on an individual level, having long been praised as one of the greatest in his role, competed in two Worlds finals as his team’s star player and won both domestic and MSI trophies.

At this year’s World Championship, the two players met early on, having been drawn into the same group as each other – Group C, which was named by many as the “group of death” largely because of the presence of both SK Telecom T1 and Royal Never Give Up.

The first match between the pair lived up to expectations, with an epic back-and-forth that ultimately ended with a teleport base rush that secured the victory for SKT. The LCK first seed head into week two in prime position to secure the first seed in the group, but RNG will undoubtedly be looking to challenge them for it – and also ensure their own playoff spot, which could yet be threatened by Fnatic.