League of Legends world champion Bang joining their bot lane, however, this was not the case as recent struggles have shown.

Following a disappointing split where 100 thieves placed 10th in the regular season, Bang returned home early to Korea as he and the team did not qualify for the LCS spring playoffs that will be taking place on March 30. 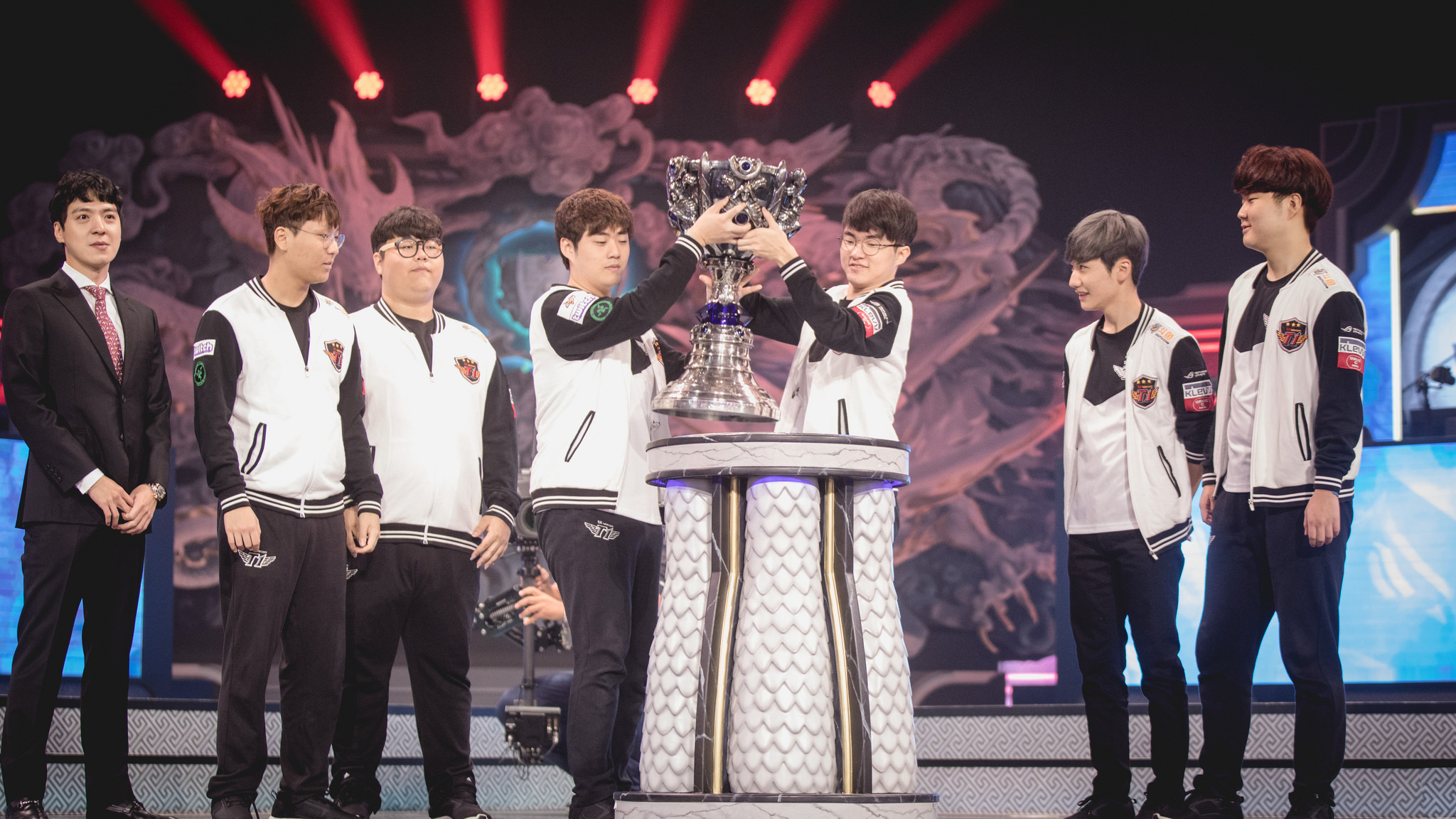 During his stay at home, Bang decided to visit the LoL Park in Seoul Korea, where his former teammates under SKT Telecom T1 would be competing in their last match of the LCK split vs Afreeca Freecs.

In the clip shown of the broadcast, Bang jokingly stood in the usual position of current SKT’s ADC Park ‘Teddy’ Jin-seong in their walkout to the main stage before eventually letting Teddy take his rightful place and giving him a high-five.

It shocked many fans and even the casters at how long it took them to realize that something was up, being so used to seeing Bang alongside the likes of Lee ‘Faker’ Sang-hyeok after so many years on SKT.

Bang stayed around to support SKT with former teammate Heo ‘Huni’ Seung-hoon as they won their series 2-0 vs Afreeca Freecs, securing themselves as 2nd place leading into the LCK Spring playoffs.

Many fans at the LoL park and online were delighted to see the former SKT roster reuniting once again even though it was only for a brief while.

Before he had left for Korea, Bang explained that although this past split was not ideal, overall he is excited to keep playing under 100 Thieves despite their recent struggles.

As Matthew ‘Nadeshot’ Haag and head coach Neil ‘pr0lly’ Hammad confirmed in a recent QnA, there are major plans for the 100 Thieves League of Legends roster as they are going to attempt to build a winning team going into the LCS summer split.