GTA Online PC players are now running into bizarre Transformer-like creatures that are comprised solely of military vehicles and they can’t get enough of the crazy mod.

The GTA Online component of Grand Theft Auto V was released after the uber-popular title hit store shelves back in 2013. It’s seen plenty of changes since that point, with players now finally able to enter the in-game Casino after years of waiting.

However, major issues are still rearing their head too. Players have noted server stability suffering with the Casino addition, as well as the game becoming an even bigger war zone than normal. Yet, one PC player has stumbled onto a modded vehicle that might just keep fans from coming back to the online servers. 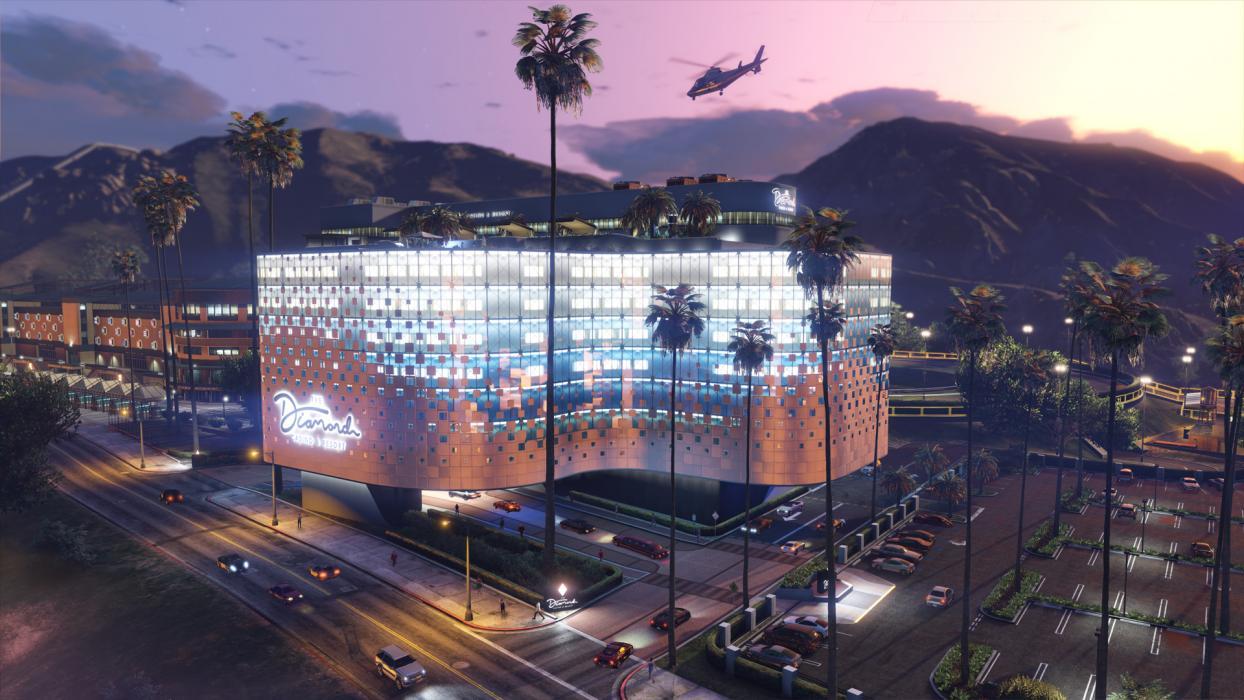 The GTA Online Diamond Casino and Resort finally opened after six-years worth of waiting.

In a post to the GTAOnline subreddit, user Gogeta1717 showed off screenshots from a recent session where they were being chased by hackers using absolutely ridiculous mechanical contraptions.

One-shot in particular showcased a giant walking, Transformer-like beast with a body made up of tanks, a Skylift helicopter for a head, and two Hydra attack jets for hands. It may seem like the ideal military vehicle to destroy enemy players with, but as Gogeta1717 pointed out, it’s also pretty difficult to even look at, never mind to try and fight.

“Yes they walked around [a] city of 23 players. Not easy to get so close as they will spawn fire on you,” they commented. 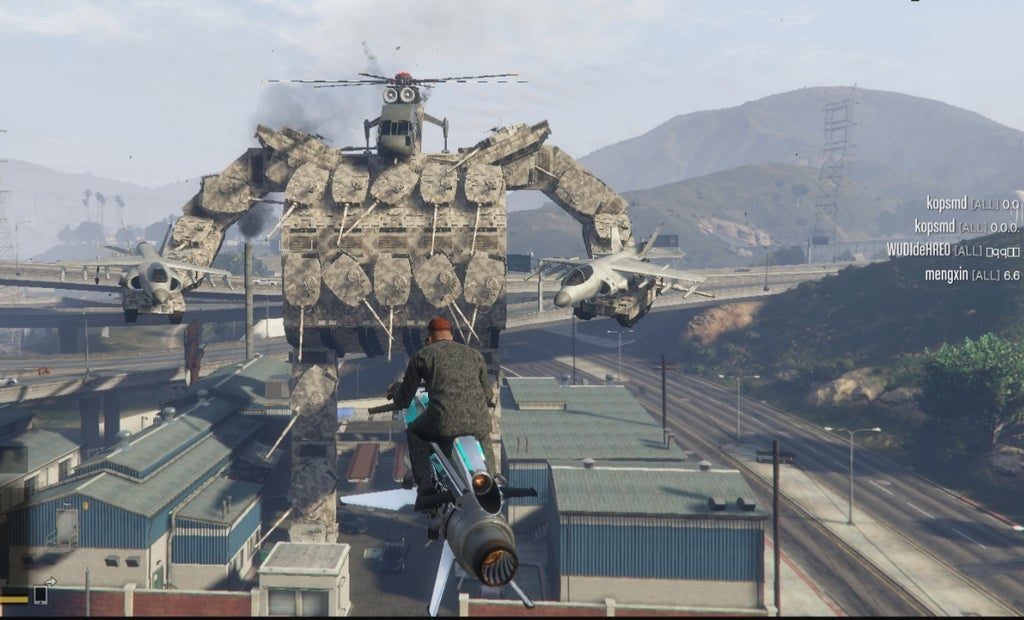 The strange looking GTA vehicle has jets for fingers.

The Redditor showed off even more images, including one that demonstrates the sheer size of the military Frankenstein vehicle with even more tanks used at the base for its feet.

Despite some laughing at the sheer hilarity of the images, some members of the subreddit were questioning just how something like this managed to worm its way into the game. “How do they even glue those tanks?” quizzed user TurtleSniper. 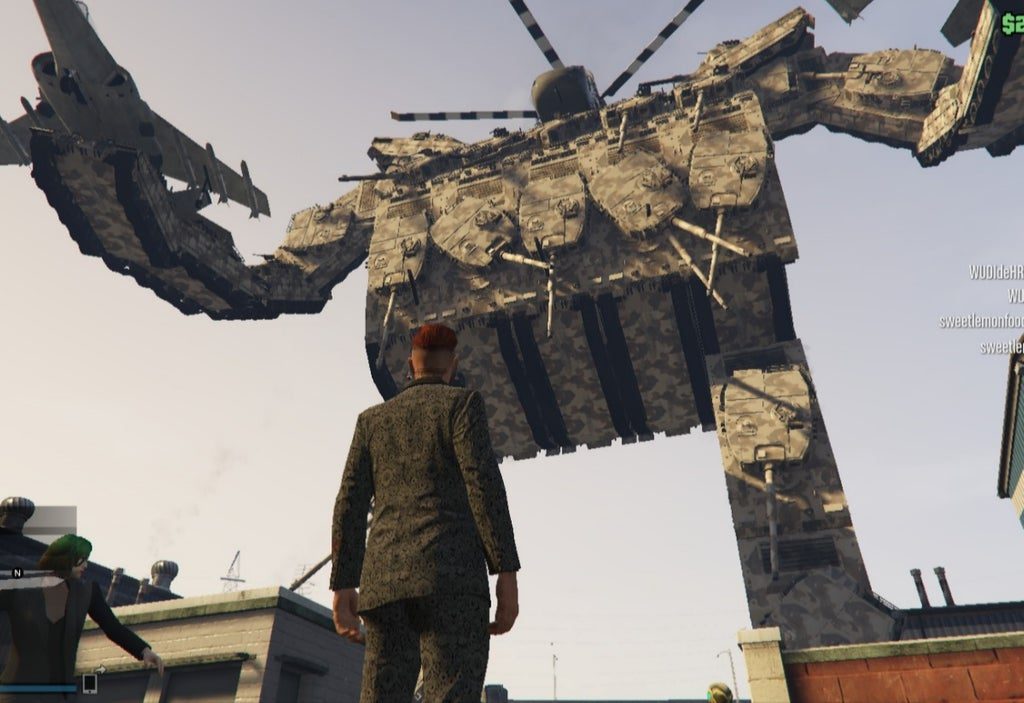 Players were left questioning as to how these vehicles made it into GTA Online.

Obviously, something like this shouldn’t be in GTA Online, but it’s unknown if Rockstar Games are aware of its presence within the PC version of the title.

It’s also not known if these mechanical Frankensteins can appear on consoles, but that may just be unlikely considering it would be more difficult to add the mod onto an Xbox or PlayStation 4 without breaking some sort of in-game code that would alert the developers to hacking.