Rockstar Games have rolled out another weekly update in GTA Online, giving players the chance to pick up a free Nagasaki Shotaro, huge GTA cash boosts and more.

Last week, we saw a number of changes to the game, with the Nagasaki Stryder being made available at Legendary Motorsport. The Överflöd Imorgon could even be won for free with just one Lucky Wheel spin, for those with enough good fortune.

The fun didn’t stop on March 12, however; the game’s developers decided to push out another update, including not just a new motorcycle reward, but a few other interesting changes, as well. There’s a lot to unpack, so let’s get right to it. 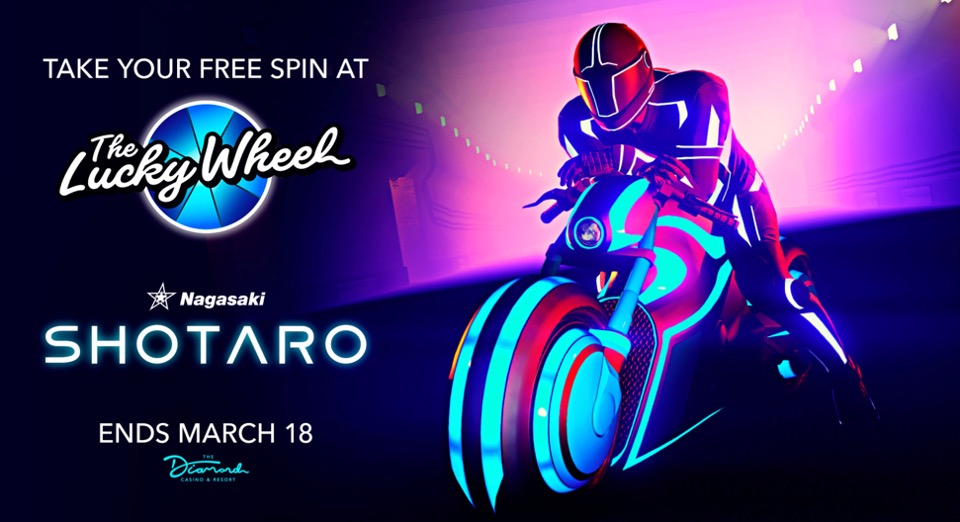 A brand new vehicle has been added to the GTA Diamond Casino podium. Mixing it up with something different, Rockstar have added a new motorcycle to the rewards system, and a flashy one at that – the Nagasaki Shotaro.

The vehicle is worth a whopping $2,225,000 if you were to buy it from Legendary Motorsport. However, as regular players will know by now, they each get one spin of the Lucky Wheel each day they play GTA Online with a chance to win it. If the spin lands on the podium vehicle prize, you could be driving away in one of these bad boys for absolutely nothing.

It’s going to be available at the Casino until March 18, so hurry up and get as many spins in as possible until the window of opportunity slams shut.

Deadline is going to paying out big time over the next week in GTA Online.

Speaking of bikes, those playing Deadline between March 12-18 are in for some serious payouts. In the patch notes, Rockstar state: “Get 3X GTA$ and RP when playing Deadline this week. Hop on the back of a Nagasaki Shotaro and cut your foes off with a luminous and destructive beam of light, blowing them to smithereens.”

The Ocelot Locust in GTA Online has had its price slashed, among other things.

Last, but not least, are the discounts.

GTA Online players have been exposed to some amazing discounts in the game over the last few weeks, but this weekly update might well be the pick of the bunch, with a number of different items getting their price slashed for a limited time. Until March 18, the following discounts will be available in-game:

So, there we have it! That’s everything that’s included or changed in the GTA Online March 12 update. Stick with Dexerto for more GTA Online and GTA 6 stories, by visiting our news page.