Streamers will be able to use this new role to reward and recognize valuable viewers and members of their community, such as those that may have helped them meet the requirements to achieve Affiliate and/or Partner status.

Whoever a streamer assigns as a VIP will receive a special badge in chat, and unlike the subscriber, top bits donator, and top clipper badges, the VIP emblem can only be assigned by the streamer and cannot be purchased or earned.

Those who are given VIP status in streams will be privy to performing the following actions:

Celebrate the most loyal members of your community, even that one who only uses dad jokes in chat.

Go to the Roles page on your dashboard and recognize their contributions with the new VIP Badge: https://t.co/GgxcmC4rnD pic.twitter.com/cxSC5IRXXZ

Streamers will not have unlimited VIP slots at their disposal, as each block of additional slots will have to be earned based on stream performance.

The first 10 VIP slots can be unlocked by completing the “Build a Community” achievement, which requires 50 followers and five unique chatters in a stream.

As of now, it appears that the limit to the number of VIP badges a streamer can hand out is maxed out at 100, and it’s unclear whether Twitch will increase this capability in the future.

This is the third role that streamers have the power to assign to others, joining the Moderator and Editor roles. The VIP role is essentially an intermediary status between regular viewers/subscribers and Moderators. 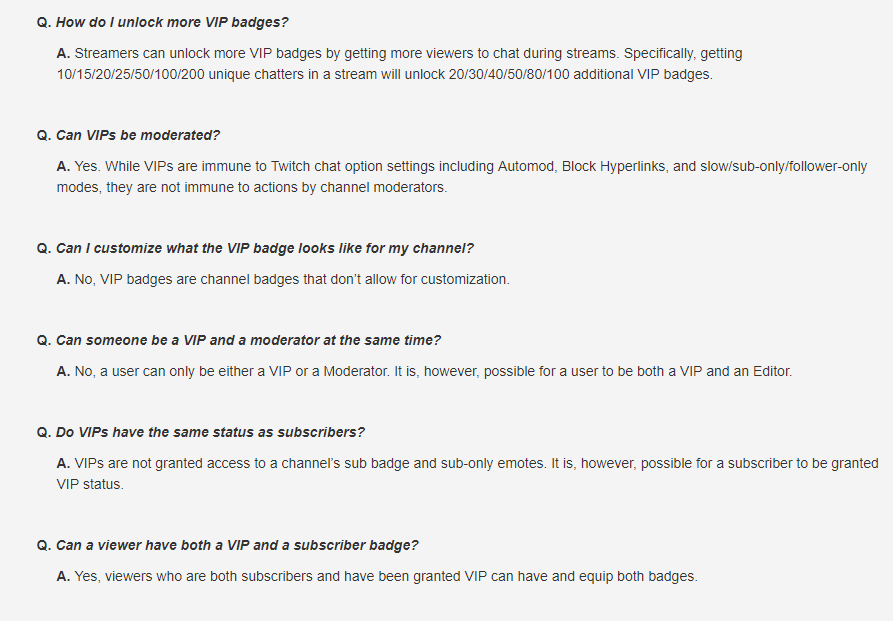