UPDATE January 6, 4:45PM PST: Microsoft have since issued a statement, and have said that the renders shown off by AMD were false, according to Thurrott.com.

“The Xbox Series X imagery used during the AMD CES press conference was not sourced from Microsoft and does not accurately represent the design or features of the upcoming console. They were taken from TurboSquid.com.”

Rear shots of Microsoft’s Xbox Series X console were revealed during the AMD CES 2020 event on January 6, and gave eager fans a glimpse at new details that weren’t shown off during the original reveal.

Xbox’s next generation console was first teased at E3 back in June 2019 under the name ‘Project Scarlett,’ and was later revealed to be called the Series X during The Game Awards on December 12.

Inside components such as a custom solid-state drive and GDDR6 SDRAM were unveiled, as well as an overall look at the console’s front, but the back of the system was never shown off – until now, that is. 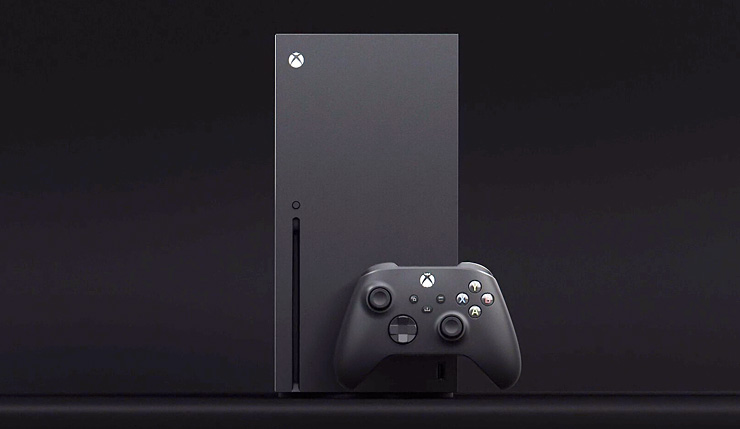 The Series X is due for release at the end of this year.

During AMD’s annual tech show CES, new shots of Microsoft’s upcoming system were unveiled, which gave fans a peek at what the rear looks like.

In the reveal, the console was shown to have two USB-C ports, two HDMI ports, and Sony/Philips Digital Interface capability.

Two HDMIs is certainly interesting, but could just mean they’re In and Out like the Xbox One – but who knows?

A USB port was also shown on the front, presumably to make charging the wireless controller easier for players, rather than having it exclusively on the back.

Fans were awarded with a new glimpse at the upcoming controller too, and were shown what it will look like from the side in order to get a better feel of how big it’ll be.

The flat design of the gamepad looks sort of similar to the Nintendo Switch’s Pro Controller, and it was shown to have black bumpers at the front and silver ones at the rear.

Xbox Series X will have a regular USB port in the front pic.twitter.com/8TvDDdfEFj

The Series X is set for release late 2020, so fans won’t have to wait too much longer to get their hands on Microsoft’s next-gen system, and is rumored to be more powerful than the PlayStation 5.

Halo Infinite has been confirmed to be a launch title for the console, with an even bigger lineup expected to be announced closer to the time.