The latest update to Grand Theft Auto V includes a new SUV, GTA$ sign-in bonuses and a brand new multiplayer game mode for players to sink their teeth into.

The new SUV is called the Canis Freecrawler, and is a hybrid between an off-road family SUV and a rugged personnel carrier. With a large engine and four-wheel-drive, it’s perfect for getting you and your crew around Los Santos.

The Freecrawler is available in-game from Legendary Motorsport, but be prepared to splash some cash as the vehicle costs $597,000. 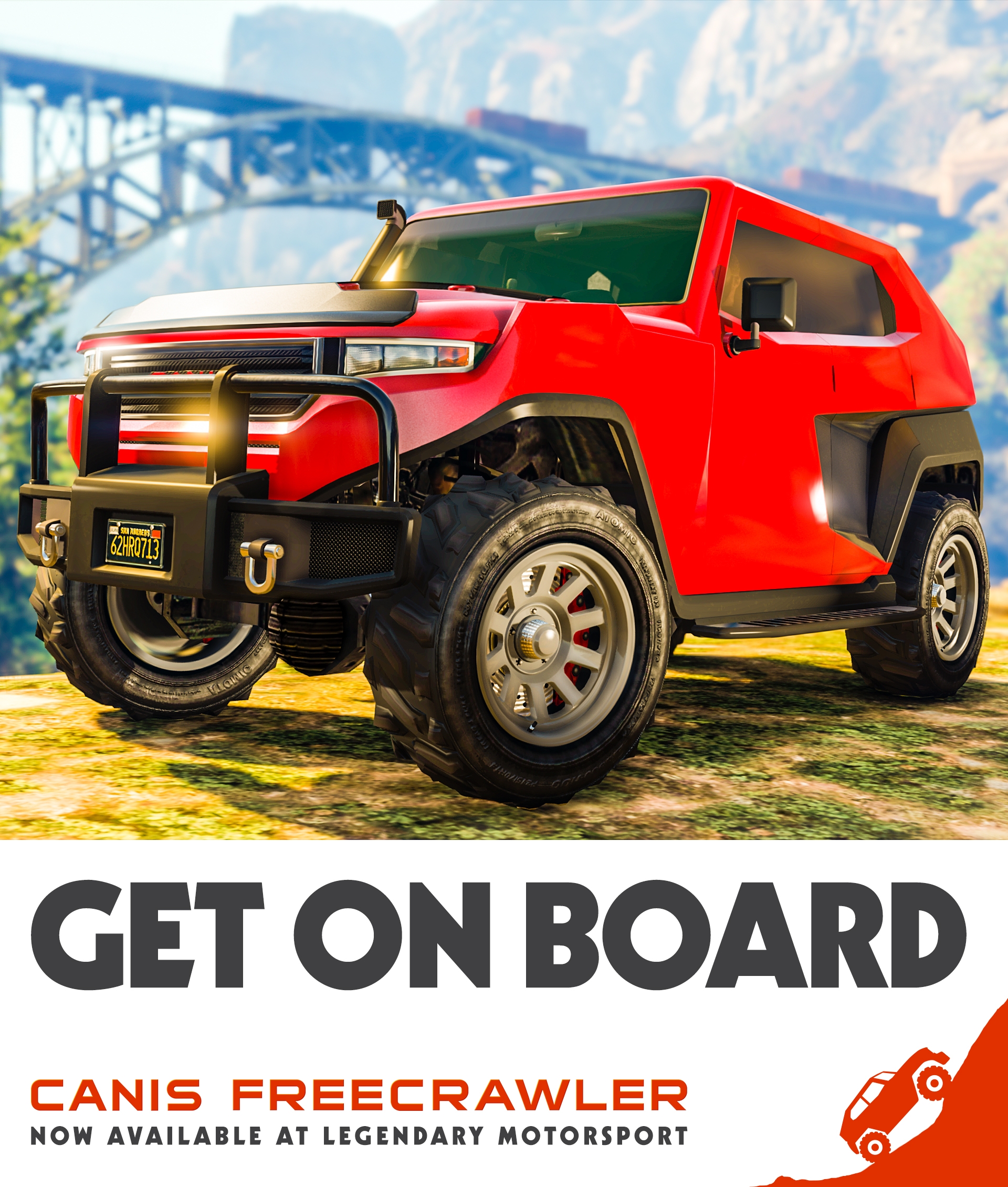 Also included in the update is a remixed version of the Trading Places Adversary mode. This pits two teams, Juggernaut and Beast, against each other, with the aim being to finish on the Juggernaut side. So, Beasts need to take out their Juggernaut opponents to earn their spot on the winning team.

The remixed version also gives the Beasts superpowers, including temporary invisibility and super jumping, while Juggernauts have heavy weaponry and thermal vision to spot invisible enemies. Players who compete in the new mode will also earn double GTA$ and XP until September 17.

Read More: Sony is Ending Support for the PlayStation 2 After Eighteen Years

It was also announced that are there some bonus cash rewards for anyone who signs into GTA Online before September 10. Playing GTA Online any time this week will reward players with an in-game currency boost of $250,000. Any additional days after that will grant $150,000 per day, meaning anyone who plays every day up until the September 10 deadline could earn a cool $1.5 million in GTA Dollars.

The new Trading Places (Remix) update is live right now, and available on Xbox One, PlayStation 4 and PC.