Is Blackout’s Hot Pursuit the future of battle royale?

The popularity of Call of Duty Blackout’s new Hot Pursuit mode could change the battle royale genre going forward. Can Fortnite, Apex Legends and PUBG all learn something from Treyarch?

What is Hot Pursuit?

Hot Pursuit is the newest playlist in Blackout, brought about by the latest Black Ops 4 update, Operation Grand Heist.

Simply put, it is essentially a multiplayer, battle royale hybrid mode. The pace of the game is increased by a faster and more damaging collapse (circle). This results in a more action-packed, faster game. 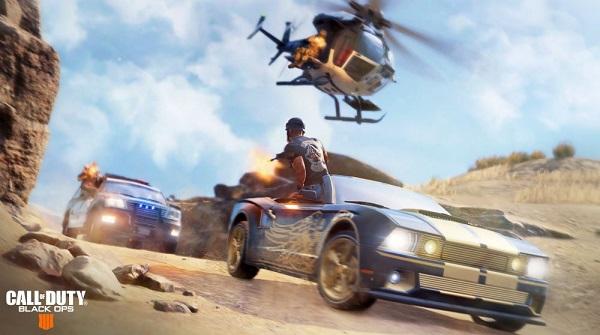 The most notable difference comes in the form of respawns, though. If you die, and at least one of your teammates are still alive, then you can respawn at one of the several respawn times.

Lastly, there are new vehicles that either have a sensor-dart attached to them (when sirens are turned on) or vehicles that highlight care packages. The supply drops fall more frequently in Hot Pursuit.

A change to battle royale?

Treyarch may have inadvertently (or purposely) stumbled across what could well be the future of battle royale.

The battle royale genre gained mass popularity with the introduction of Fortnite and PUBG. Since then games such as Call of Duty Blackout and more recently Apex Legends, have provided refined and arguably better versions of the mode.

Despite the success of battle royale, it has to deal with one inherent problem: no respawns. The inability to respawn is the core concept of the battle royale mode. A varying number of players enter a map, and the game is played out until one remains.

It is this concept that has provided battle royale players with excitement and a greater meaning to their gaming, in comparison to multiplayer. However, the sudden nature of dying, and the subsequent time waiting for other teammates to finish and start a new game, is one drawback of battle royale.

The ability to respawn, albeit at the expense of the core premise of battle royale, somewhat resolves this issue. Apex Legends have tackled this issue with respawn beacons, which have to date been receieved with praise. Blackout on the other hand, has provided several stages within a game a player can respawn.

While it isn’t battle royale in its purest form, this particular iteration of the mode could prove the most popular. The almost battle royale hybrid mode maintains the last man standing approach while removing the frustration of dying early. 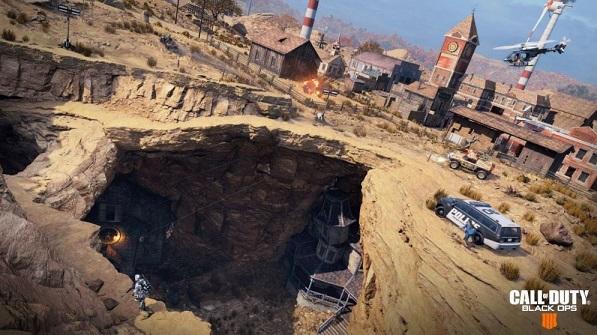 The ability to respawn in some capacity changes the battle royale dynamic. Consequently, the strategy would change also.

Respawns will allow players to play more aggressively, at least in the beginning stages. The incentive to stay alive for the duration remains, however, due to the fact you lose your loot when dying. This is mitigated a little as you do respawn with a gun and armor in varying levels of strength depending on which respawn stage it is.

Therefore, Hot Pursuit maintains a good balance between being able to play aggressively while incentivizing trying to stay alive to keep your premium loot.

The final circle is also a completely different ball-game. The final collapse is large and can hold 50 players without it being excessively crazy. From that point, the circle slowly collapses until the end of the game.

This puts much greater emphasis on getting to the center of the circle to have a positional advantage on enemies. In comparison to the end of traditional battle royale games, the center of the circle is less important because games are often finished before the final circle collapses. This is because there are usually fewer players at the end game.

The future of battle royale

Hot Pursuit could provide the first glimpses of what the future of battle royale may look like. The fast-paced gameplay, the ability to respawn with an exhilerating final circle, could become commonplace in battle royale games going forward.