The long-awaited feature of private worlds is finally being added to Bethesda’s open-world RPG Fallout 76, but how they’ve gone about doing it has drawn the ire of the game’s remaining fans.

It’s hard to imagine a worse launch than Fallout 76 had. Despite its rough release and the numerous bad decisions and bad luck that plagued it, the game began to experience a slight turnaround in recent months, similar to other multiplayer looter shooters like The Division and the original Destiny.

But despite the progress they’ve made, Bethesda and Fallout 76 have used V.A.T.S. to target themselves in the foot once again, thanks to the $100 price they’ve set for annual access to private servers.

On October 23, Bethesda announced Fallout 1st, a “premium membership” subscription that grants players access to, most notably, the option to host and private servers for you and up to seven friends.

1st subscribers also get a deployable Survival Tent, a Scrapbox to stash crafting components, new emotes and outfits, and of course, a monthly dose of the game’s in-game currency, Atoms. 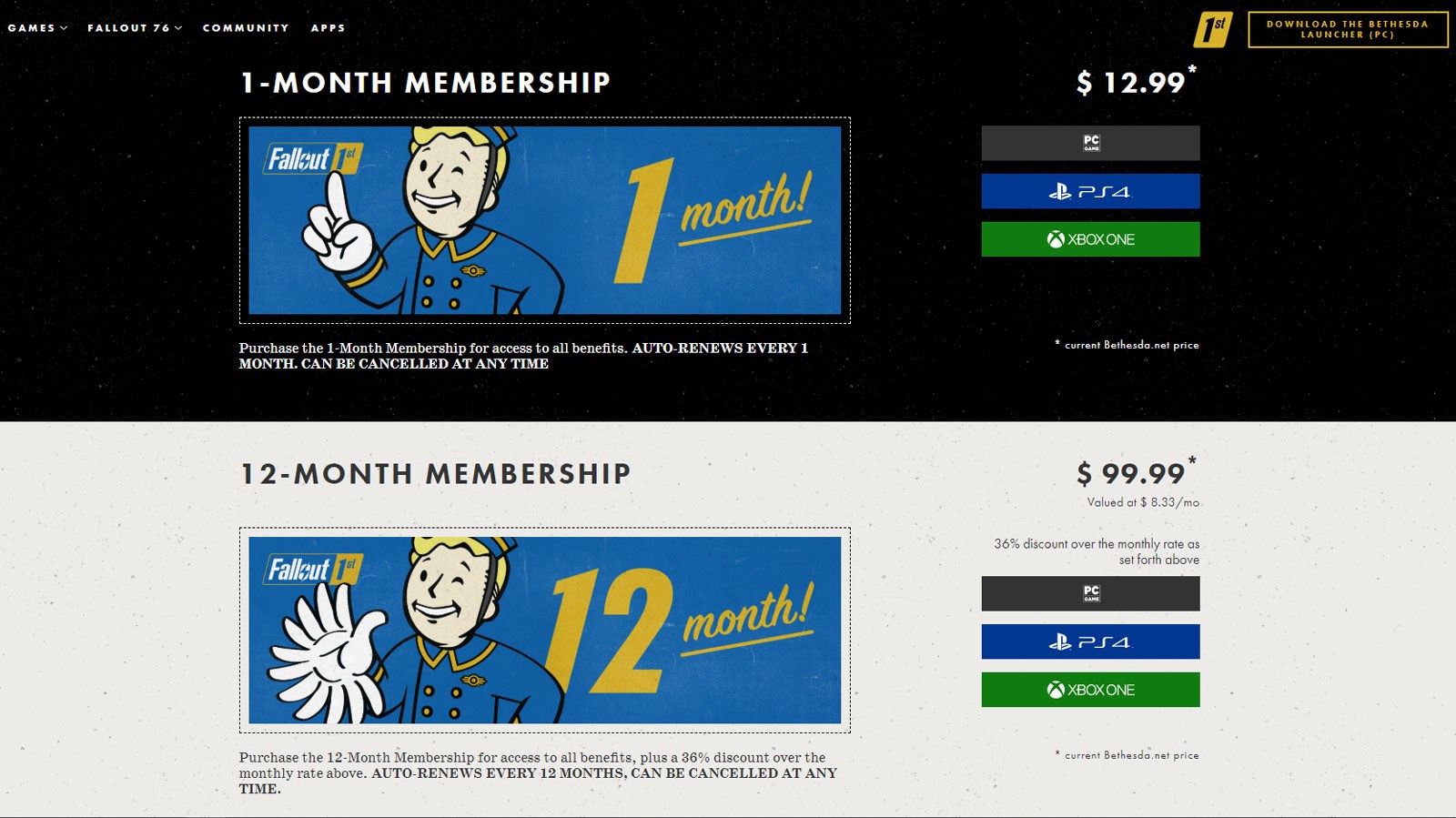 In the announcement post, Bethesda even acknowledged how much players wanted access to private servers, saying that “the community has been asking for the ability to play in private worlds since before the launch of Fallout 76.”

That access has now been added to the game, but behind a subscription that costs $13 a month, or $100 for a whole year. According to Bethesda, only the private server host requires a subscription.

The announcement has drawn a slew of backlash from people online, with the announcement tweet itself notching a telling reply-to-like ratio of nearly 6000 replies to nearly 2000 likes. Twitter user @BemaniStar used the perfect image from Fallout 4 to summarize the internet’s reaction to the new service.

This decision could not have come at a worse time for Bethesda and Fallout 76 when you consider the market conditions, as The Outer Worlds is set to officially release on October 25.

That game is developed by Obsidian Entertainment, who developed Fallout: New Vegas, a well-received installment in the Fallout series, and Obsidian have taken many aspects from Fallout that fans love and have applied them to The Outer Worlds.

By essentially offering Fallout 76 players a single player service that they have to subscribe to, they may have inadvertently sent current and future Fallout 76 fans right into the waiting arms of The Outer Worlds.