One of these announcements was the Apple Arcade, a subscription service based on the App Store.

This is a subscription service that will give players access to 100+ games for a monthly fee. No pricing has been announced but we do know it will be coming in Fall 2019.

It will work across iOS, tvOS and macOS for iPhone, iPad, Apple TV and Mac.

Your gameplay will sync between your iOS devices and you will be able to play games offline. 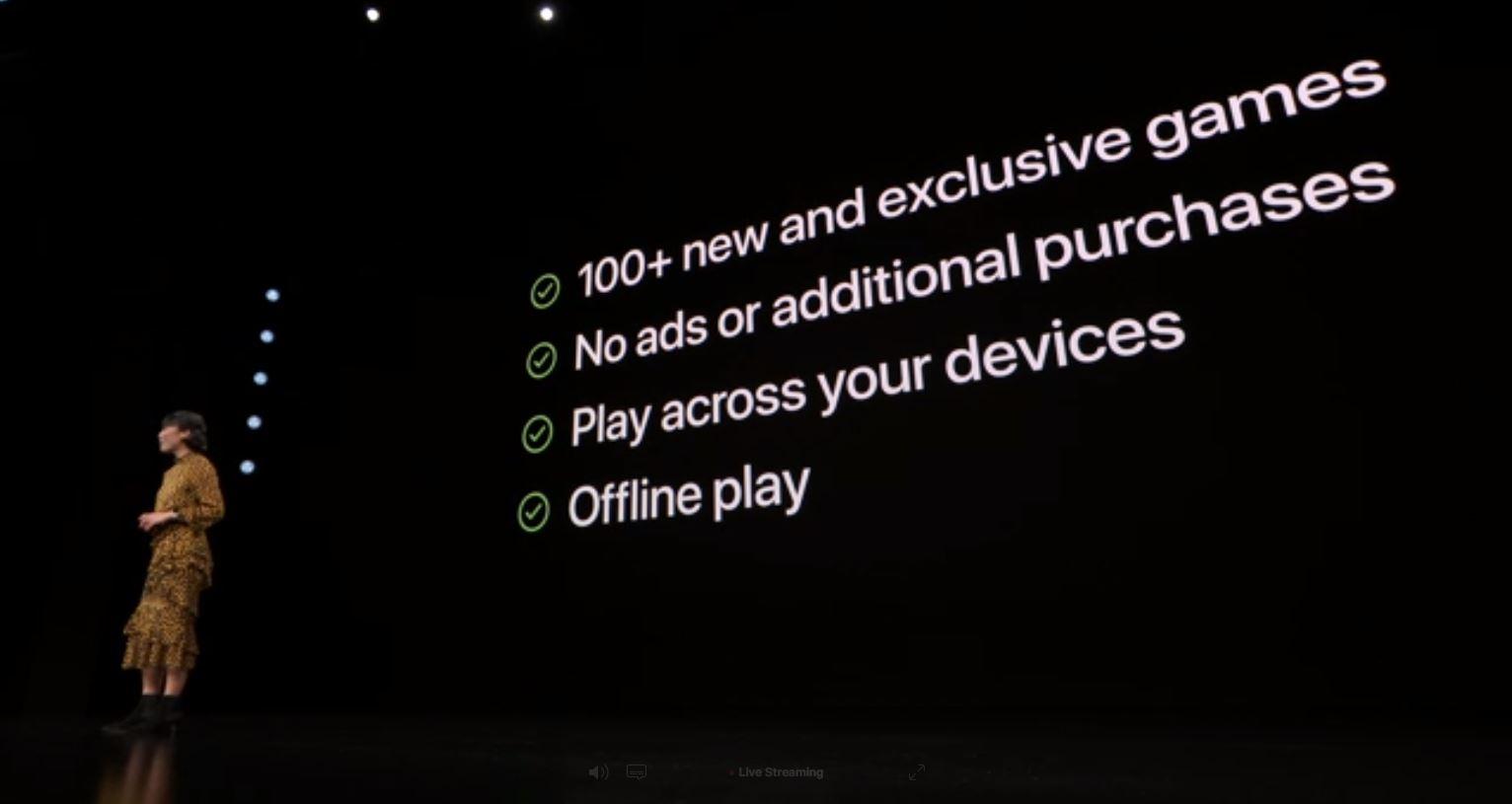 Mobile gaming is huge and is still growing

Apple said more than 1 billion people have downloaded games from the App Store and there are over 300,000 games available on the platform. Apple wants to make some of those games available with the new Apple Arcade service and will offer them without ads, something that you won’t see without the service.

With this being a subscription, it makes sense there wouldn’t be ads but there are also some added benefits to the subscription service.

Apple plans on funding some of the development costs put into new games on the service and it will be launching in more than 150 countries worldwide.

Like Google Stadia, no pricing announcement has been revealed but we’ll learn more about that as the launch date draws closer.

Apple showed off a variety of games that will be coming to the service in a trailer.

Here’s the list of all games shown off above:

With millions of mobile gamers out there, it’s no surprise Apple is looking to dive deeper in this realm. Games like Fortnite and PUBG have thrived on mobile and we’re even seeing fan-favorite franchises like Diablo take their first steps into a mobile landscape.

Apple will surely be releasing more information about the service as we approach the launch so stay tuned.