Top 5 most controversial updates in Fortnite

Fortnite changes dramatically with each and every patch – here are the top five most controversial updates in the game’s history.

Epic Games launched Fortnite Battle Royale in September 2017 and the game reached heights that no-one would have ever anticipated.

The boom in popularity allowed the developer to host a $40m competitive tournament, the Fortnite World Cup, as well as implementing never before seen in-game events such as the Marshmello concert at Pleasant Park.

Epic love to keep their game fresh, with weekly updates constantly changing the meta. However, these five updates were not well received. 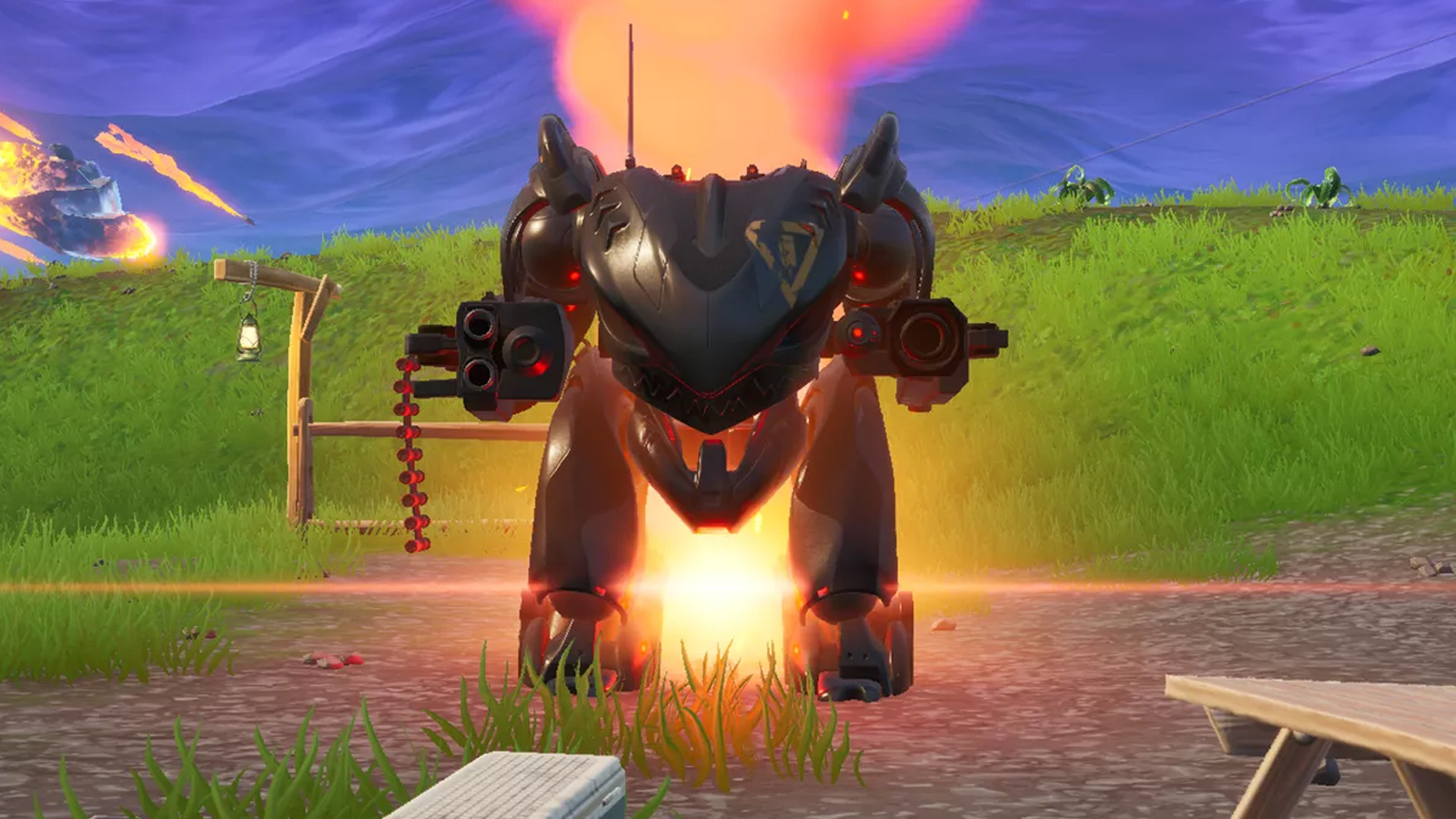 The BRUTE is almost impossible to defeat.
[ad name=”article3″]

Where else to start but the current season of Fortnite. Fans were overjoyed to see Dusty Depot teased in the build-up the season’s release, hoping to see other locations such as Tilted Towers or Retail Row return too.

While Dusty did get reintroduced, as did the B.R.U.T.E (mechs). Easily the most overpowered item in Fortnite history, the two-man vehicle is almost impossible to defend against thanks to its rockets and shotgun. It’s ridiculous movement speed and 1,000 HP mean there is almost no counter to its powers.

Fans were so disappointed with the update, the hashtag #RemoveTheMech was trending worldwide. Epic Games eventually pushed out a nerf to the giant robots which still remain extremely powerful, especially in the end game. 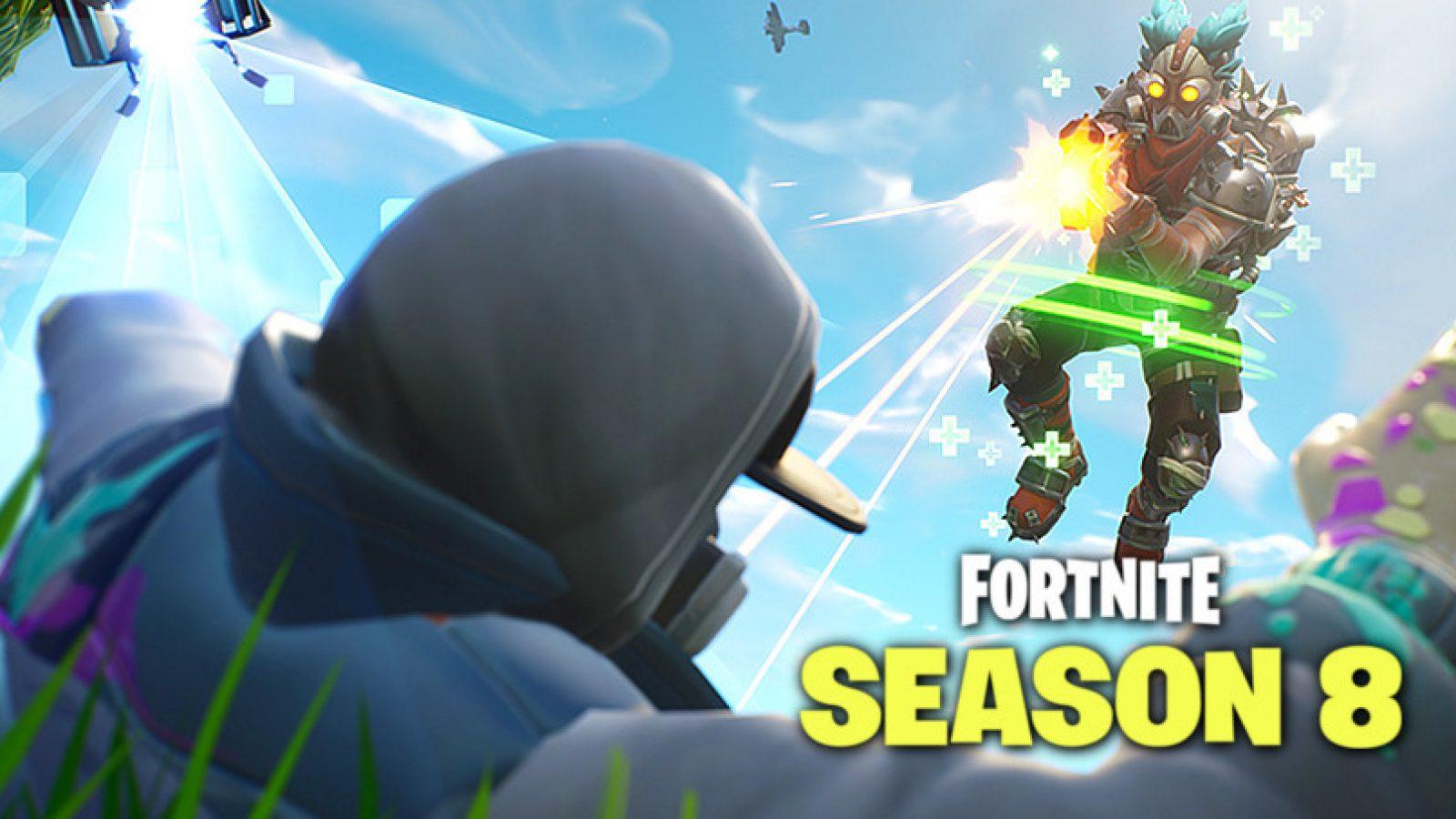 Siphon was widely loved in the Fortnite community.
[ad name=”article4″]

While the BRUTE has proven to be one of the game’s most unpopular additions, the competitive settings known as ‘siphon’ were warmly received during the v7.40 patch.

Also known as pop-up cup settings, they grant players health and materials on elimination, meaning you are awarded for picking up kills. Harvesting rate is also increased meaning farming materials is no longer a chore and more landing spots become viable.

However, at the start of Season 8, Epic Games revealed they would be reverting the decision to add siphon settings to public matches due to increased levels of “unhealthy aggression”. Despite receiving tons of backlash on social media, it never came back. 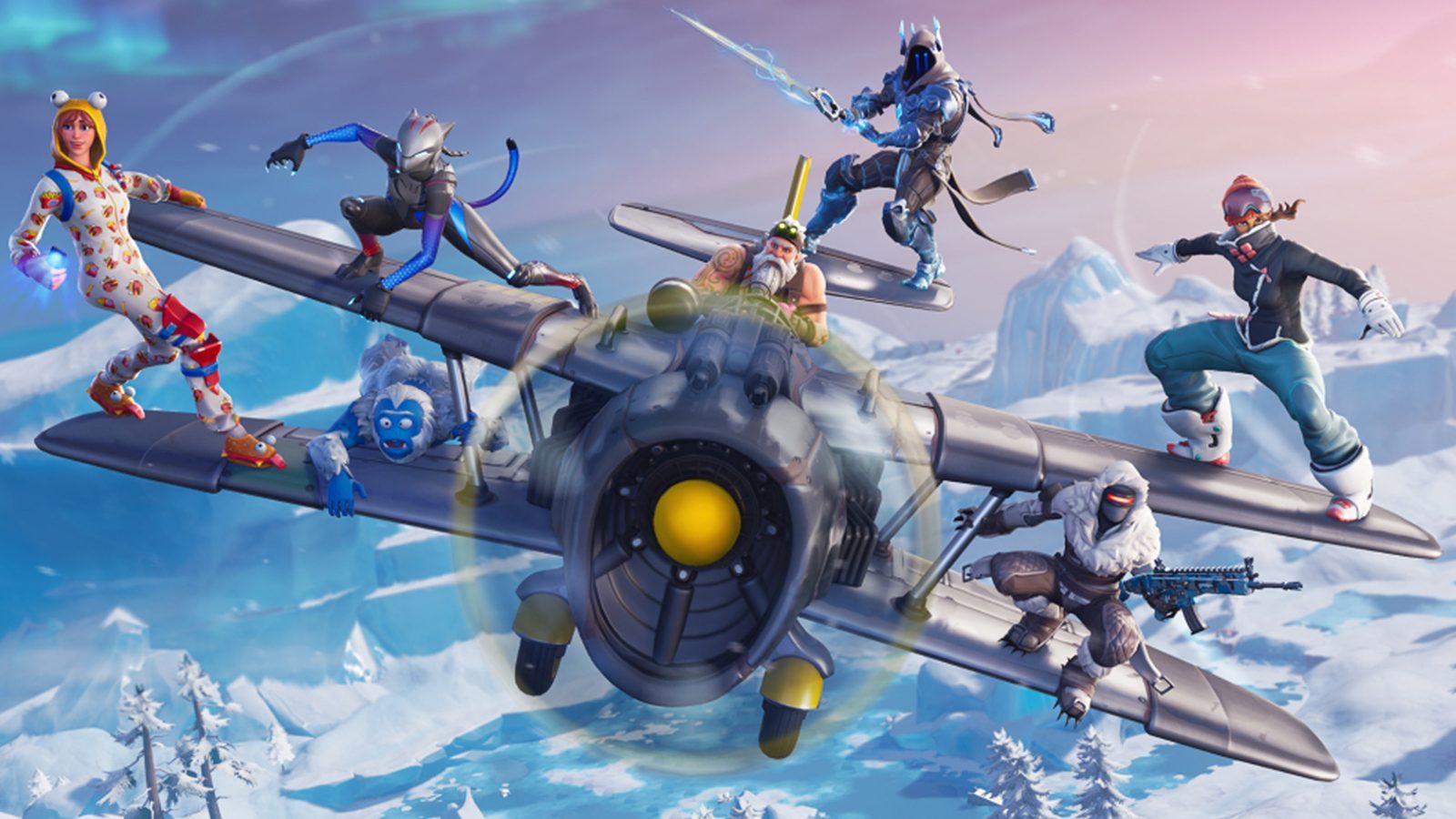 Planes were a constant headache when build fighting.
[ad name=”article5″]

Another unpopular addition to Fortnite was the X4-Stormwing – otherwise known simply as planes. After files were leaked, the vehicle was implemented during the launch of Season 7.

While it was handy that planes could carry four players, they were able to break through structures and damage players with relatively little danger to the passengers. Planes impacted competitive games hugely, with players even starting a ‘truce’ in the air to make it to late game together in order to pick up placement points.

Planes were nerfed throughout the season, but players still felt they had no place in Fortnite and they were eventually vaulted on the launch of Season 8. 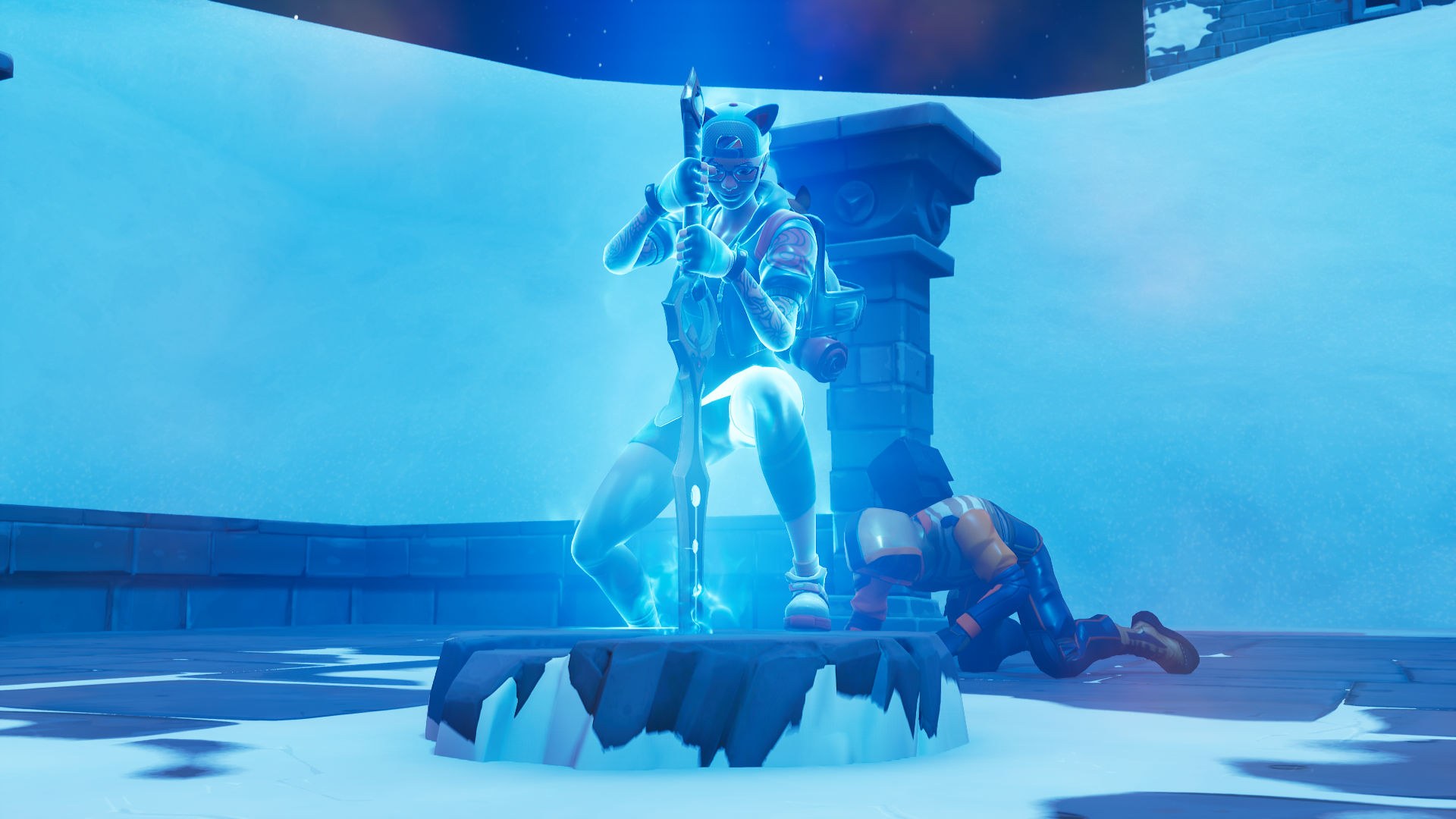 Only one player could harness the sword’s power.

The introduction of planes caused a shakeup in competitive, but nothing could compare to the havoc caused following Epic Games’ introduction of the Infinity Blade. Found at Polar Peak, one player would be able to take advantage of its ridiculous power.

While wielding the item, players could harvest materials rapidly while traveling the map at great speeds, all while dealing massive damage to their enemies. In a not so timely update, Epic added the Infinity Blade on the day of the Winter Royale qualifiers.

That prompted some pro players to mock the developer during the games, with Team Liquid’s Ryan ‘Chap’ Chaplo spelling out his support-a-creator code during one of the games.

Again, it was nerfed massively before being vaulted, however, it has returned in various limited-time modes. 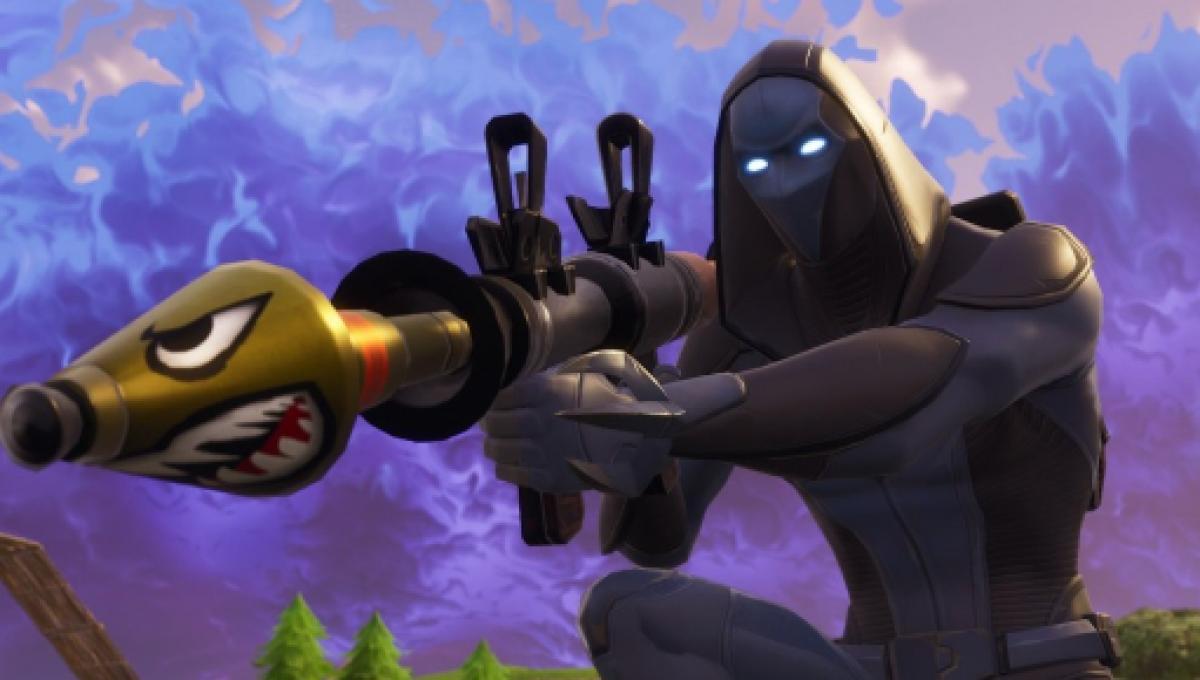 Not even in a box were you safe from explosive damage.

As Fortnite has progressed, winning in competitive has become more and more focused on your ability to ‘turtle’ and rotate to the next safe zone safely, using the least amount of resources.

With the turtling meta becoming prominent in Season 6, Epic Games added one of the most ridiculous changes to explosive weapons. In the v6.21 update, projectiles would actually deal damage through structures. If an RPG missile hit your wall, not you, you would take 25% of the weapon’s damage capability.

The backlash to the weapon was almost instant, given the abundance of explosive weapons that were available to use. Epic quickly reverted the change and have sought other methods to counter turtling since such as the storm flip or stink bombs.

So there you have it, our list of the top five most controversial updates in Fortnite. As fans continue to bemoan the addition of the mech, Epic Games provided a ‘philosophy update’ which confirmed the vehicle was here to stay to benefit new players.

With some top Fortnite streamers such as Jack ‘CouRage’ Dunlop heading to Minecraft, only time will tell if the developer has a change of heart.