One could come up with a number of reasons for why the New York Knicks NBA team is struggling, but according to their head coach, the main one is Fortnite Battle Royale.

David Fizdale, who is in his first years as head coach of the Knicks, has blamed the popular battle royale title for his team’s struggles this season.

The Knicks currently have a record of 11-47, a 0.190 winning percentage, good enough for dead last in the bottom of the Eastern Conference.

“Fortnite, that’s my competitior right now,” Fizdale said (via The Athletic) “Fortnite is tougher than the Boston Celtics.”

The 44 year old believes that his players are staying up way too late at night to play Fortnite, which is hurting their sleep schedules, causing them to become more irritable, reducing their reaction time, and ultimately affecting their performances as professional athletes. 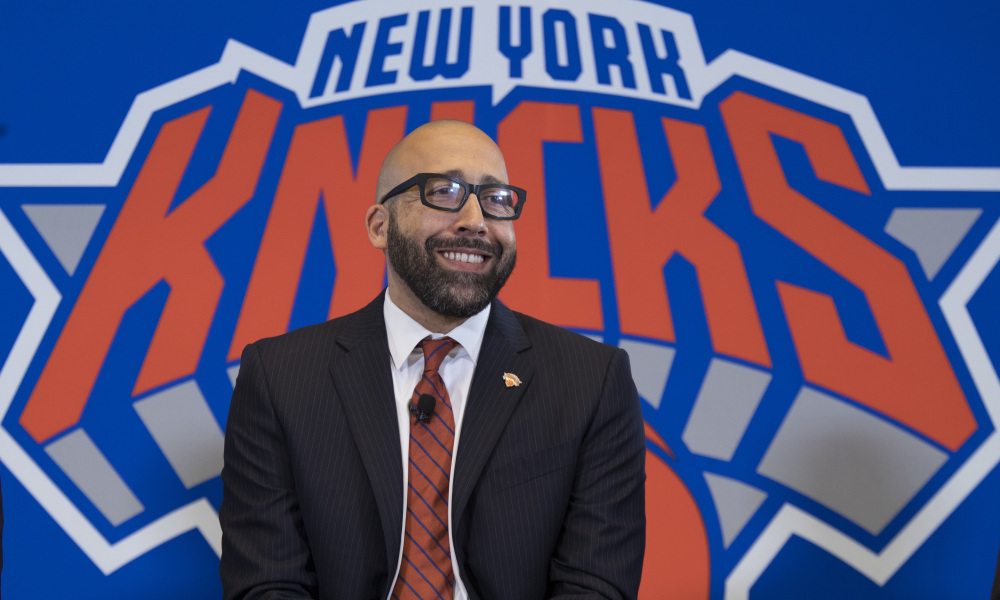 David Fizdale, who is in his first year as head coach of the New York Knicks, feels that Fortnite is negatively affecting his players.

Fizdale may be onto something as some of his players, such as forward Kevin Knox and rookie Mitchell Robinson, have confessed that, at times, they’ve been addicted to the game.

However, after reading a study about how blue light from screens can affect the body’s regular functions, they’ve have limited the amount they play and seen a resurgence of energy.

“I kind of limit my time now, after I read that,” Robinson said. “It kind of makes sense. My energy level is better than it usually was.”

Fizdale isn’t saying that his players should completely stop playing Fortnite. Quite the contrary, in fact, as he’d rather they play video games indoors rather than be out partying the night before games, especially when the team is on the road.

He’s apparently even open to trying out the game himself, as he feels that getting into Fortnite will help him better connect with his players.

However, he does want the players to take responsibility in making sure that their gaming habits don’t affect their performance in training and during games, which is ultimately what it’s all about.