As a former pro player in the Halo scene, and a Mixer streamer with thousands of hours in Fortnite, it’s safe to say that Tyler ‘Ninja’ Blevins has earned his stripes in the competitive gaming landscape.

Despite being embedded in the Fortnite community, even Ninja was surprised to hear about the latest changes coming to the free-to-play video game in the very near future.

In a September 23 blog post on the Epic Games website, it was announced that not only would skill-based matchmaking be introduced to the popular Battle Royale title, but also that AI bots will be implemented throughout lower ranks in order to help less skilled players get their wits about them.

Immediately responding to the news, Ninja laughed and expressed that “I don’t know how I feel about this.” 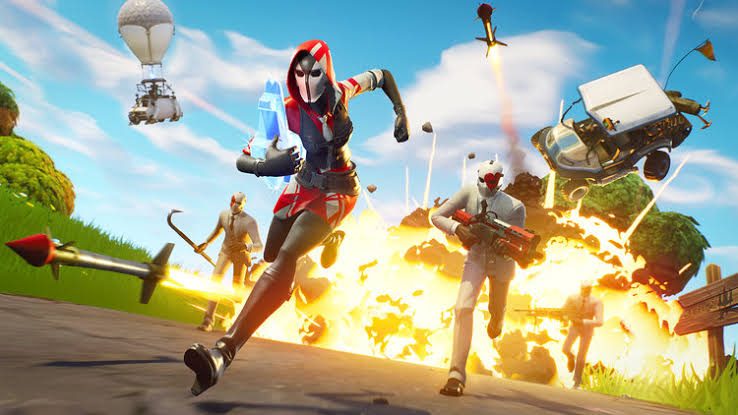 Soon players will be loading into competitive matches with both bots and other gamers present.

Later finding himself in a match of Fortnite while elaborating on the announcement, he expressed that “I’m one of those players where like, if I wanted to, I could dominate and have a bunch of fun in competitive, but like, isn’t this just going to make it easier for people to stream snipe?”

That concern stems from an issue plaguing popular streamers, as fans make it their mission to pinpoint a gaming personality based on their location on stream. They then hunt down the streamer and try to get the elimination at all costs.

In a sense, Ninja is arguing here that the addition of skill-based matchmaking in Fortnite would only further incentivize stream sniping.

Smurfing is the term given when players of a high skill rating swap over to alternate accounts and absolutely roll through competition at lower levels. It happens across a plethora of competitive multiplayer titles with similarly structured matchmaking and now it could be an issue facing Fortnite.

Fans of Fortnite have recently been treated to a Batman themed update with new skins and items becoming available throughout the Battle Royale game.

A new leak has also potentially given us our first glimpse at an entirely new map in Fortnite, if certain speculation is to be believed.

You can tune into Ninja’s stream here, as the popular personality recently transitioned over from Twitch to Mixer, in a career-altering move that he “absolutely loves.”