Popular Twitch streamer, Nick ‘NICKMERCS’ Kolcheff, was subjected to a fall damage glitch in Fortnite Chapter 2, which left him and his chat bewildered.

Epic Games’ second iteration of their flagship battle royale has been subjected to plenty of criticism throughout the course of its short lifespan. Since the title’s relaunch just over a month ago, an assortment of issues have surfaced.

Given Fortnite’s faithful following, the developers have been under strain to retain its pole position in the realm of battle royales.

However, due to the number of niggling issues that keep cropping up, players and fans alike are beginning to express their frustrations. 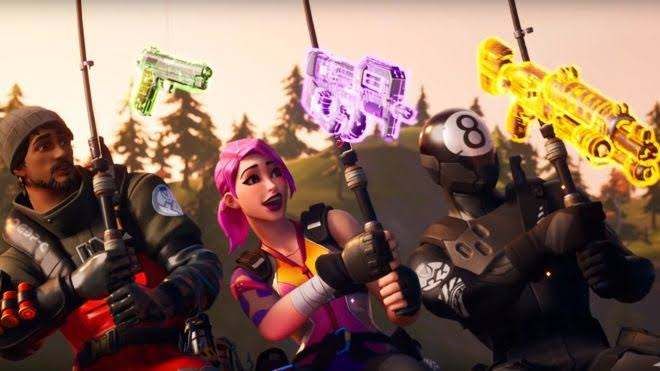 Players were able to fish for their loot on land, before a recent update.

Nonetheless, pro players are still tasked with the toilsome task of playing a game riddled with issues — even in the absence of patch notes.

Nonetheless, in the days following the highly anticipated v11.11 update, NICKMERCS encountered a bizarre glitch that saw him survive against all odds.

After building high above the trees, the Fortnite pro found himself plummeting towards the ground. Yet, after sticking his landing, his character miraculously survived after receiving not fall damage.

Kolcheff was left speechless and looked around in shock. He then went on to jest: “I am the best,” while mocking the appearance of yet another glitch.

The FaZe Clan content creator was simply passing time while waiting for FNCS scrims, so proceeded to leave the game following the incident.

Although one eagle-eyed may have provided a logical explanation as to why NICKMERCS’ character could defy the laws of physics.

Reddit user, TheUltimateGam3r, commented on a post explaining that there “probably used to be a huge bush there, but someone broke it and the no fall damage (zone) stayed there.”

Although the bug didn’t have any negative side effects, it is another snag that Epic Games will need to address in the near future.