A new game-breaking movement bug has been found in Fortnite Battle Royale, which flares up when players traverse the snow biome of the map.

Bugs and glitches are nothing new in the world of Fortnite, as the popular battle royale has always had its share of technical faults – even now halfway through its tenth season.

While many of these issues can be considered minor, and their effects relatively inconsequential, there are a few that have the potential to fall under the ‘game-breaking’ category.

One such case is a new movement glitch that has been discovered in the snowy parts of the Fortnite map, causing players to lose control of their mobility.

The video below, captured and posted by Reddit user ‘CapoCracko,’ shows the full effects of this bug in action, which definitely looks as if it can be extremely frustrating to encounter.

The glitch mainly prevents players from being able to walk or move normally in the snow biome of the map, particularly on or around mountains and glaciers.

Attempting to walk or slide down a mountain leads to an odd floating animation, and as the gameplay footage above indicates, this type of movement can be nearly impossible to control.

Thankfully, the bug seems to only affect movement, as the player was still able to build, fire his weapon, and even use a Shockwave Grenade – but the issue continued to persist throughout the whole sequence. 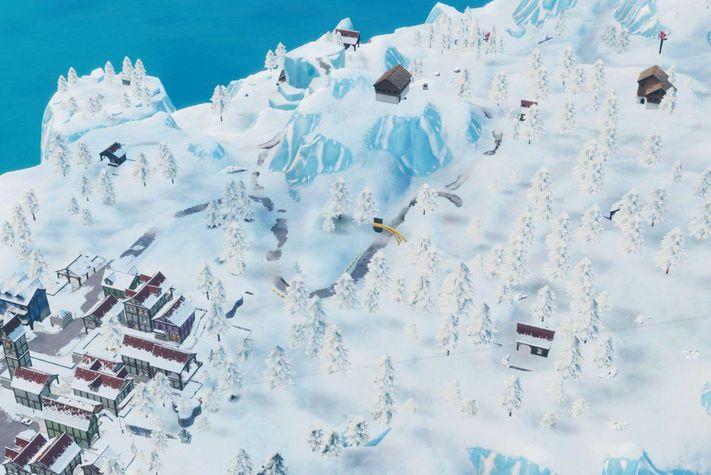 This movement bug seems to flare up on or around mountains in the snow biome of the Fortnite map.

As for what could possibly be causing such an issue to exist in the game, Reddit users chimed in with their own theories, such as ‘Dcs2012Charlie,’ who claimed that “the hit boxes of all the icebergs around frozen Greasy Grover are bugged.”

Whatever the reason is, it’s definitely causing massive frustration, as numerous users commented recounting their own difficult experiences with the bug.

Despite the fact that this glitch has been brought well into the spotlight on Reddit, Epic Games have yet to respond or comment on it, and it hasn’t been added to their community issues page.

However, as more and more players continue to complain about the issue, it’s only a matter of time before it likely will get addressed.