Fortnite Cattus event posters have potentially been leaked and while they might hint towards potential upheaval in Season 10, there’s zero mention of the monster that’s destroyed parts of the map for weeks.

There have been strong suggestions that the in-game event was going to be a crossover with Godzilla: King of the Monsters, after a huge beast that appeared to be hiding under the Polar Peak location escaped, leaving huge footprints scattered around the battle royale map.

However, potentially leaked Cattus promotional material seems to show a very different theme, and may have just dropped the biggest pointer yet about Season 10. 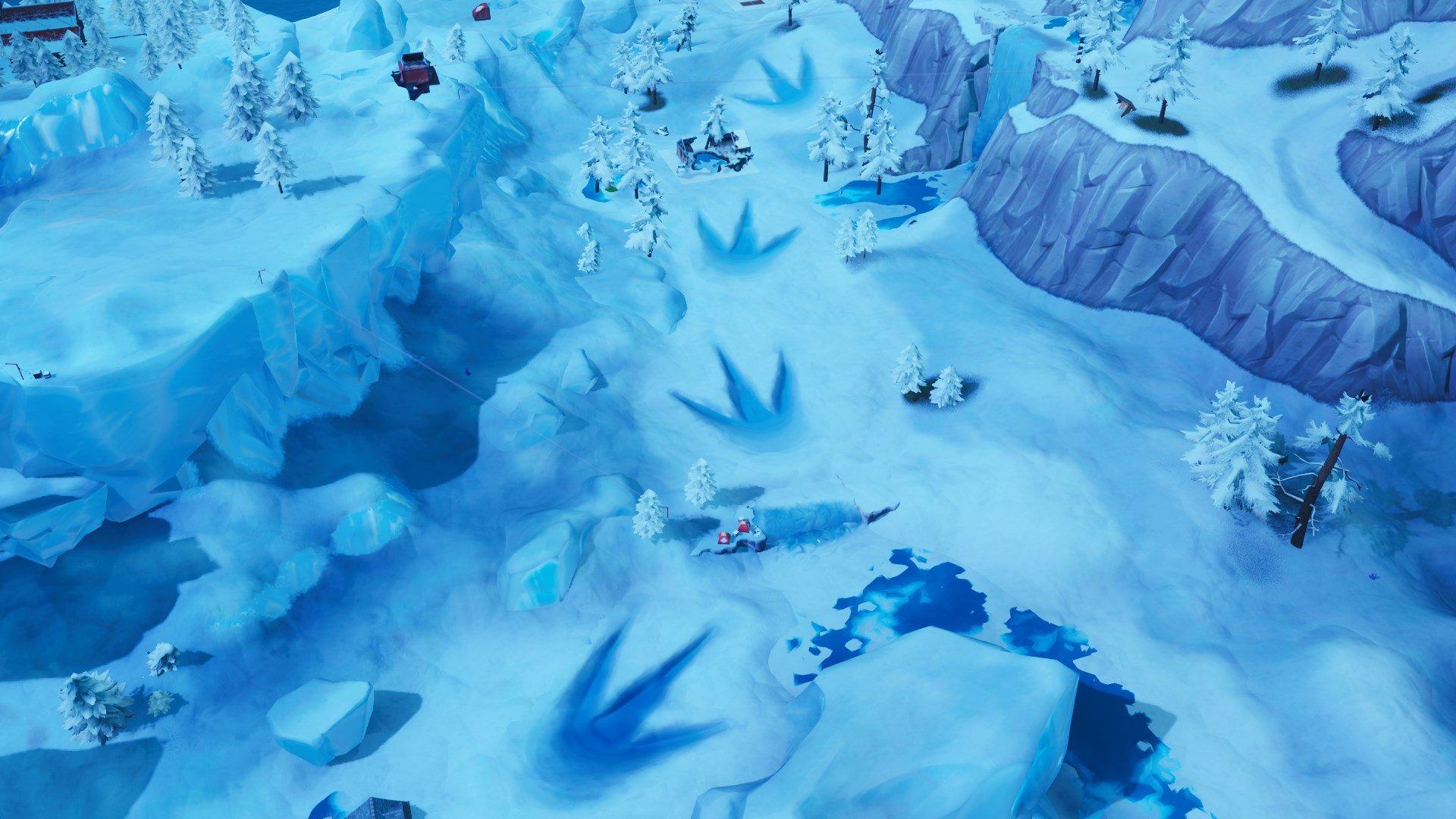 Cattus event rumors have been dominated by the huge Fortnite monster, but will it be revealed in Season 10?
[ad name=”article2″]

Three posters have been shared to the Fortnite Leaks subreddit by Smithstirini, all of which seem to be influenced by World War 2 designs.

With slogans such as “When danger strikes, take the high ground” and “We can build it,” it seems extremely likely that Cattus will be the introductory event for the next season, as it’s very different to that of Season 9.

The designs hardly confirm the inclusion of the monster in the event, but that doesn’t mean to say that it won’t have a part to play – if its identity is ever to be revealed.

Leaked posters related to the “Cattus” event. from r/FortniteLeaks

Yet, they might well have confirmed the arrival of jet packs in Fortnite, with the second poster clearly showing a female character with one strapped to her back.

Previously, a number of military-inspired buildings made their way into the battle royale mode, hinting at a future war-themed change to the map. While nothing has come from it, as of the time of writing, these pieces of promotional material could be the first major indication that Epic Games could add a military-themed location soon.

Whether or not these illustrations are actually going to be used for the game, though, remains to be seen. Hence, it’s probably best to take them – and other leaked information – with a pinch of salt.