New in-game footage of the leaked Heavy Sniper coming to Fortnite Battle Royale has surfaced, showcasing the raw power of the upcoming weapon.

Data-miners discovered the existence of the Heavy Sniper following the recent v5.2 update for Fortnite, along with another new sniper and the double barrel shotgun which is now in the game.

The Heavy Sniper was said to be a bolt-action rifle, and would come in a legendary rarity, so it was expected to be very, very powerful.

The new footage verifies this, showing that it will destroy even metal in one shot. However it does have a lengthy reload time, with a painfully drawn out bolt-action.

According to data miners, these are the stats for the legendary varient of the Heavy Sniper.

The incredible damage output is of course offset by the 4s+ reload time, but it will still be a very useful weapon particularly in late game situations, and for taking out high builds. 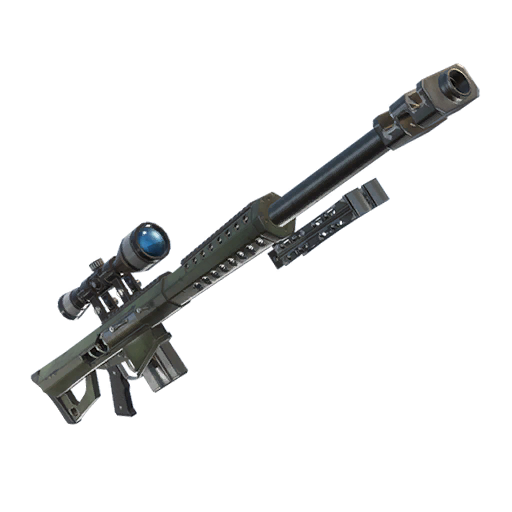 There is no official word from Epic Games on when the Heavy Sniper will be added to battle royale, but given it is already in the game files, it can be expected in the next content update.

As for the other sniper rifles in the game (semi-auto, hunting rifle and the main bolt-action), it remains to be seen if any will be vaulted to make way for the new Heavy Sniper, or if there will be four types in play.