The Fortnite Dockyard Deal challenges have been revealed for Week 4 of Chapter 2, Season 1, and one of them involves jumping a motorboat through flying rings.

Week 4’s Dockyard Deal challenges heavily revolve around the Dirty Docks – one of the new locations added to the Chapter 2 map. If you complete eight of them, you’ll be rewarded with a new loading screen.

One of the objectives asks players to jump a motorboat through different flaming rings, and while you only need to soar through three, we’ve got you covered with every location just in case. Remember that you need to own the Battle Pass to complete the challenges! 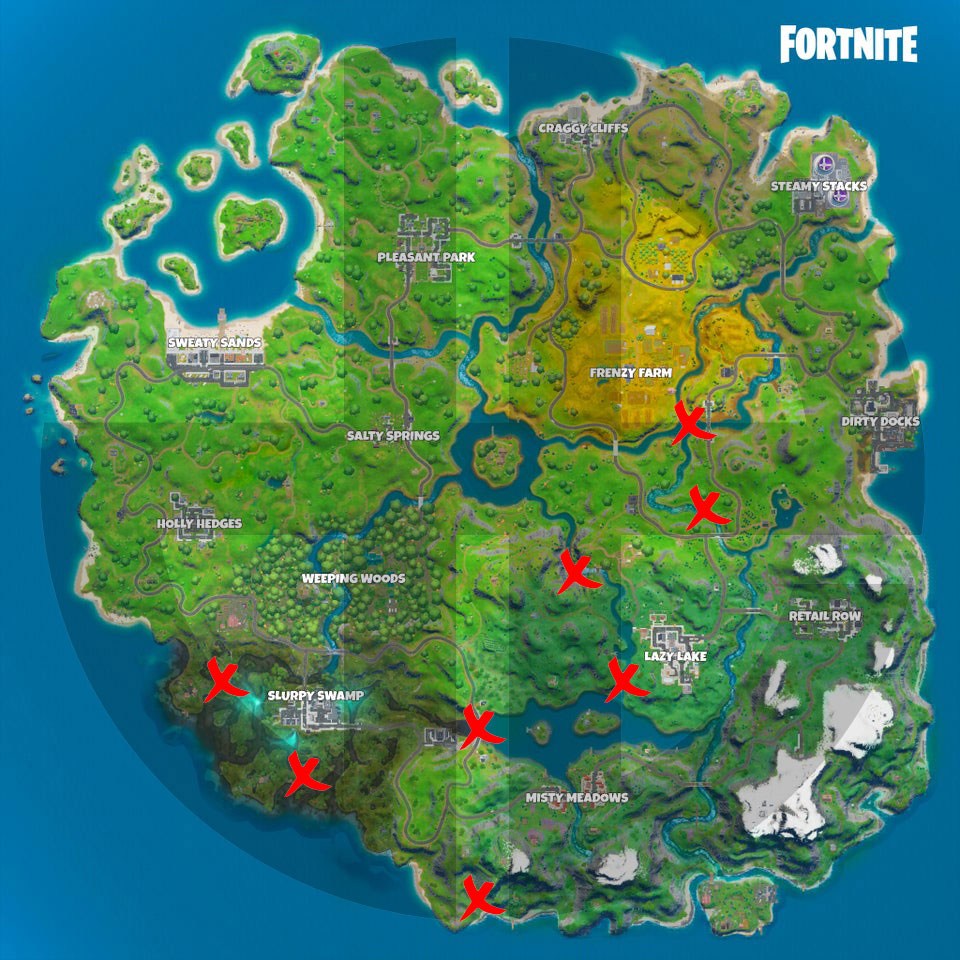 A map showing the locations of the flaming rings.

At the dam east of Slurpy Swamp 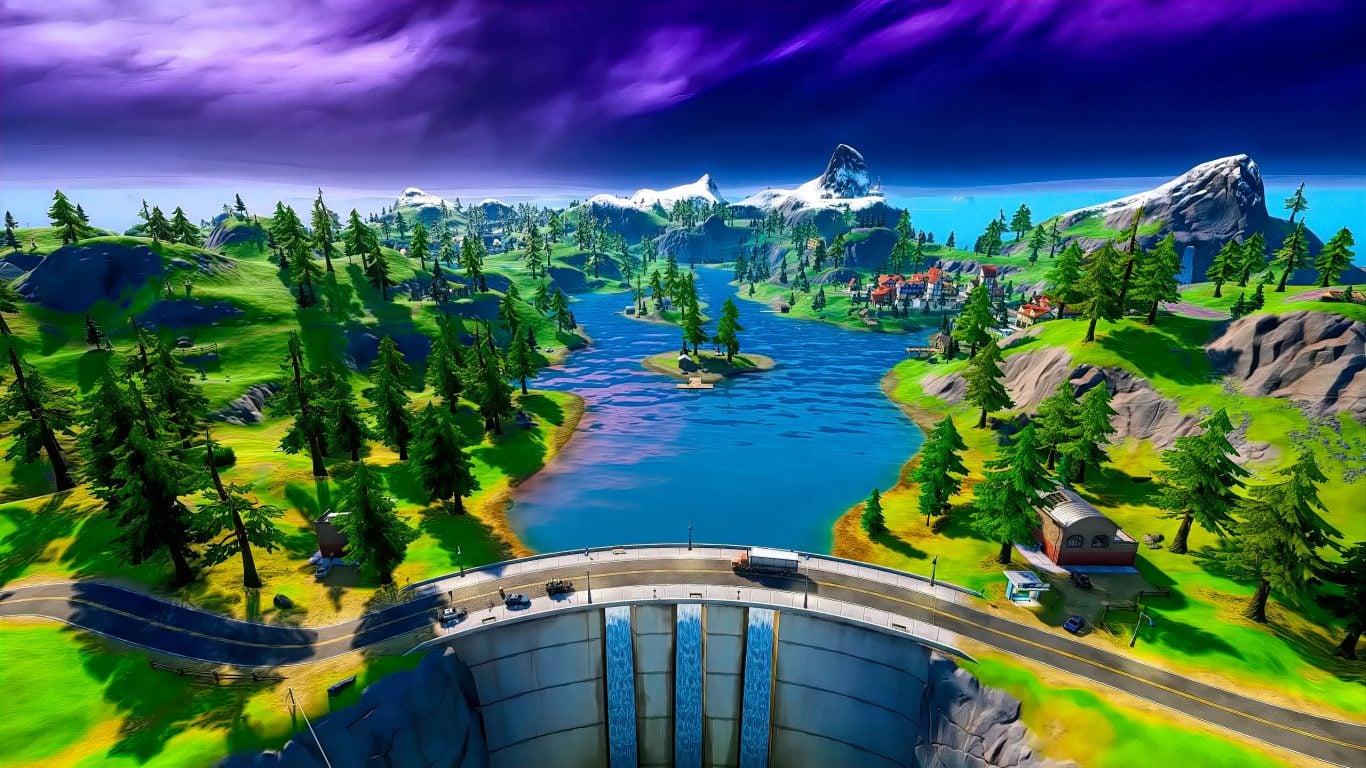 Head to the dam east of the swamp for this ring.

This ring is found right at the top of the massive dam that’s east of Slurpy Swamp, and northwest of Misty Meadows.

To grab it, sail the boat through the middle hole at the top, and boost off the edge to gain traction and speed through the air.

Between Frenzy Farm and Retail Row 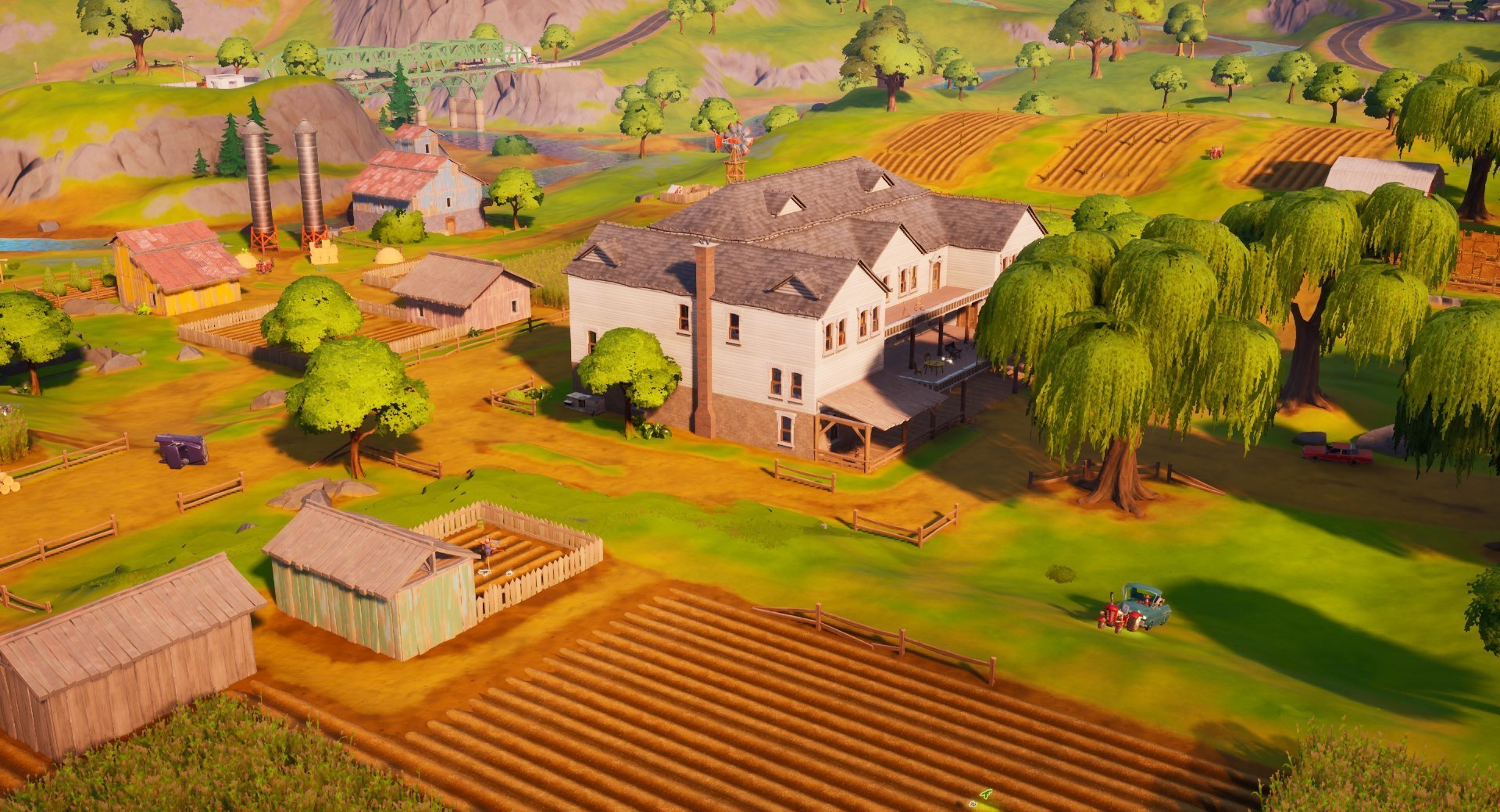 One ring is between Frenzy Farm and Retail Row.

This ring can be found at the bendy river sandwiched between Frenzy Farm and Retail Row, on the western side of the map.

To reach it, players will need to use the motorboat’s boost feature to go up, over the two logs that are resting on the rock, to create a makeshift slope. 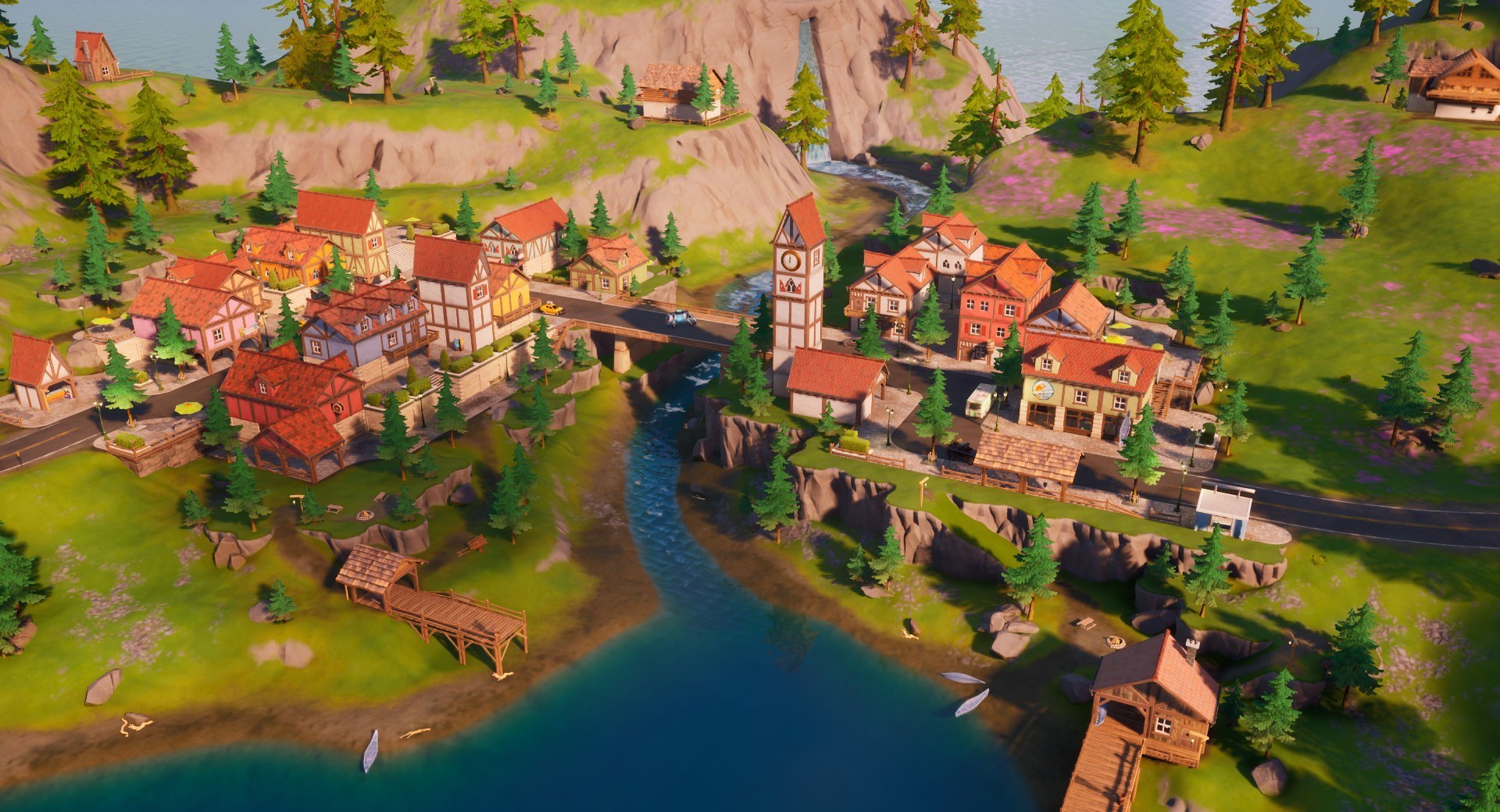 Head southwest of Misty Meadows to find a ring.

Players will need to head southwest of Misty Meadows to find this flaming ring situated on the edge of a hill by the beach.

It will need to be reached by boosting off of the edge of the cliff – a slow drive just won’t give you enough power to get you through it. 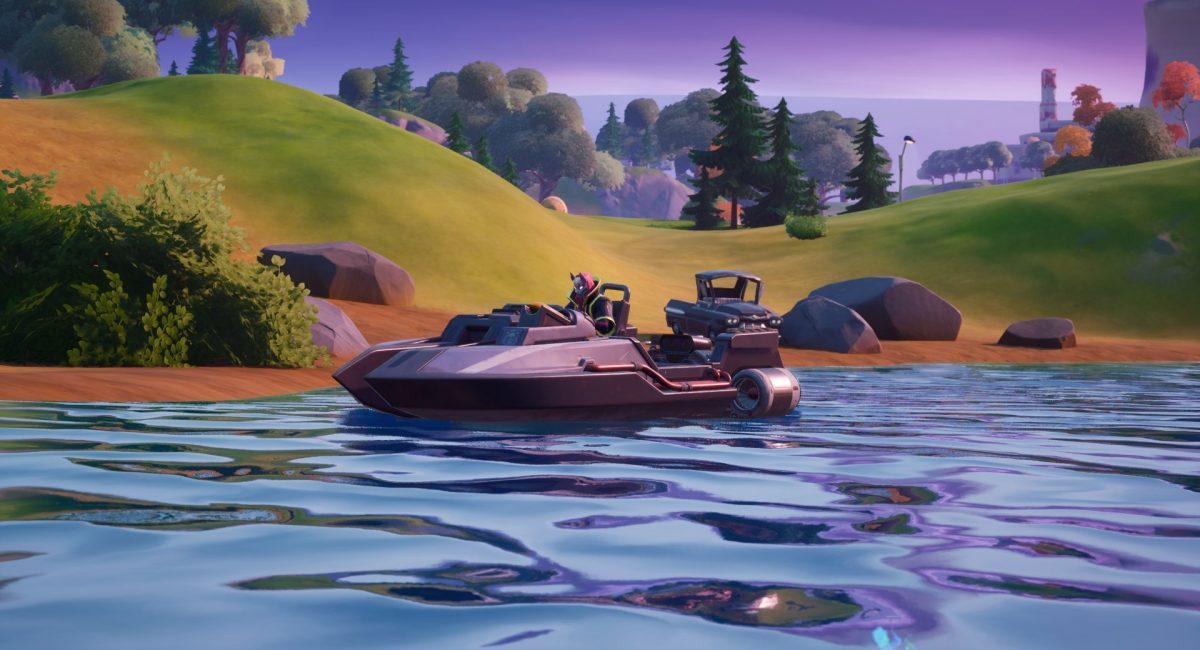 Drive your motorboat southeast of Frenzy Farm for a ring.

Just southeast of Frenzy Farm sits a river that splits off into four different directions, and right in the middle of this sits a small island – the ring is here.

Just simply use the motorboat’s boost feature to slide up the side of the dirt, and you’ll sail through the fiery circle with ease. 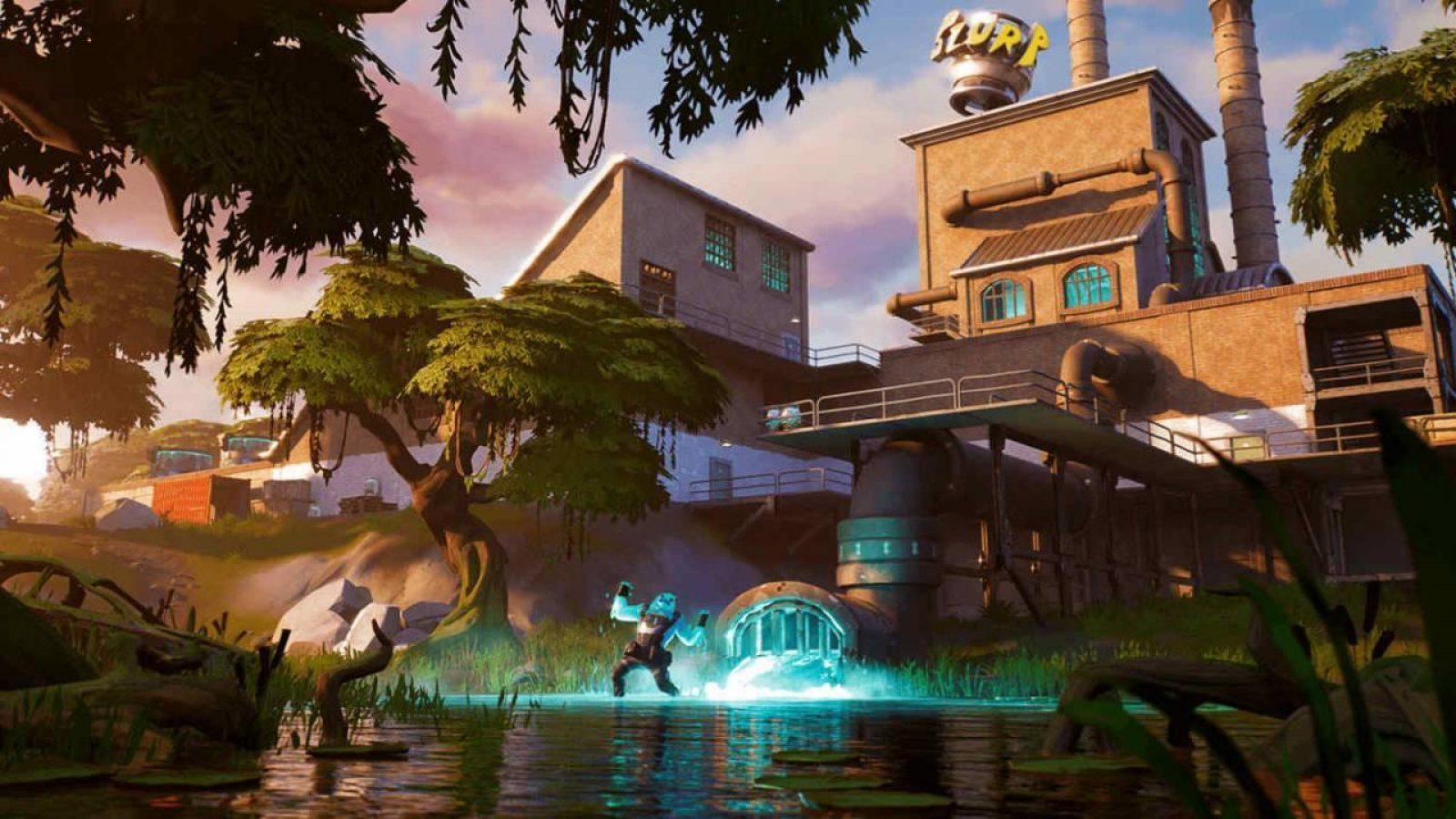 A ring hides south of the swamp.

Just south of the swamp, players will find another set of logs balanced against a rock that create a slope.

From there, rush up the beams using the boat’s boosters and you’ll soar through the flaming ring effortlessly. 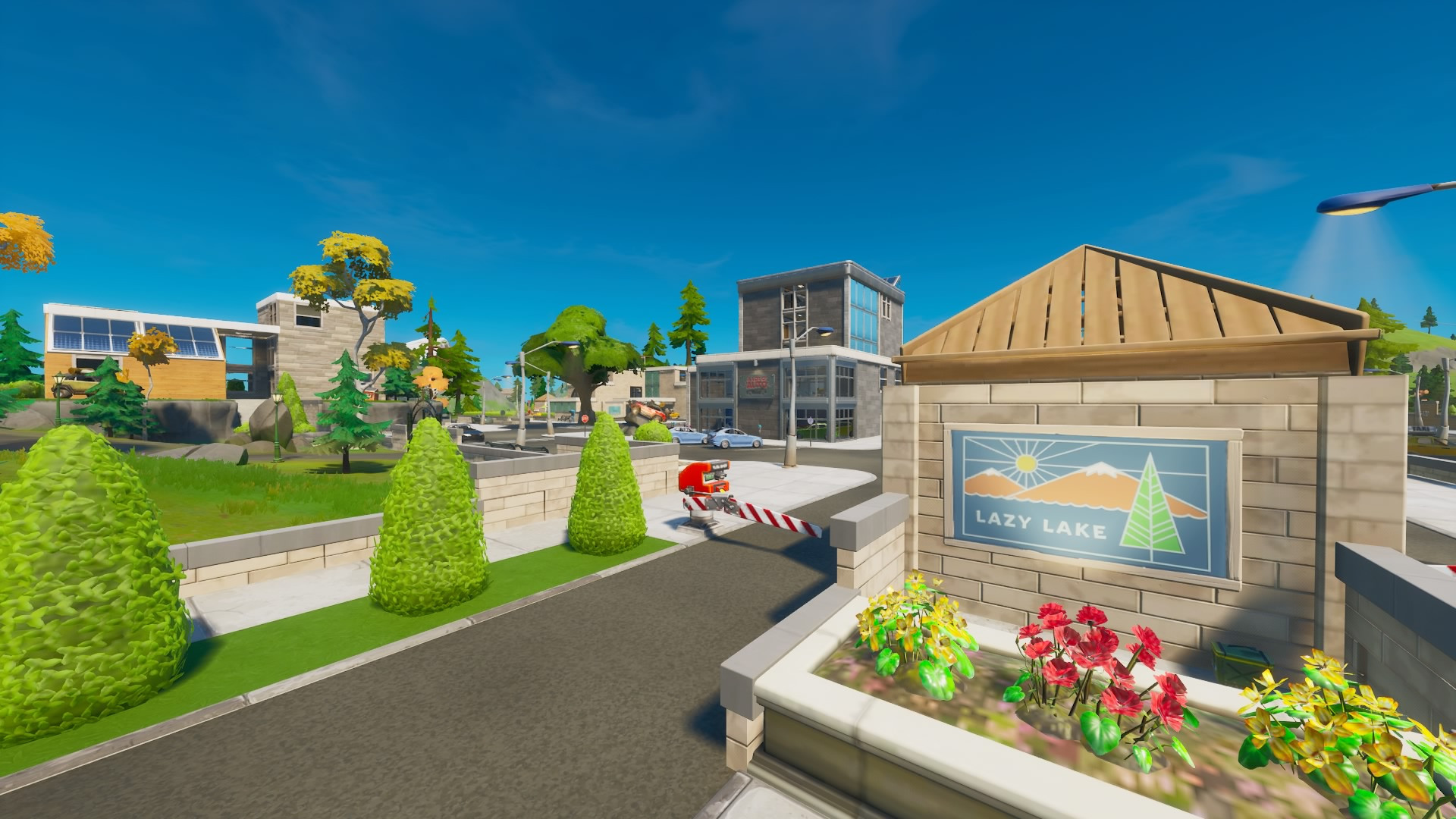 One of the rings is southwest of Lazy Lake by a waterfall.

This ring can be found south-west of Lazy Lake, and sits at the top of the small waterfall that leads into the giant lake north of Misty Meadows.

Make sure you take the boat down from Lazy Lake rather than up to it, otherwise you’ll be on the wrong side. Just boost off the waterfall and you’ll fly right through the middle of the flames. 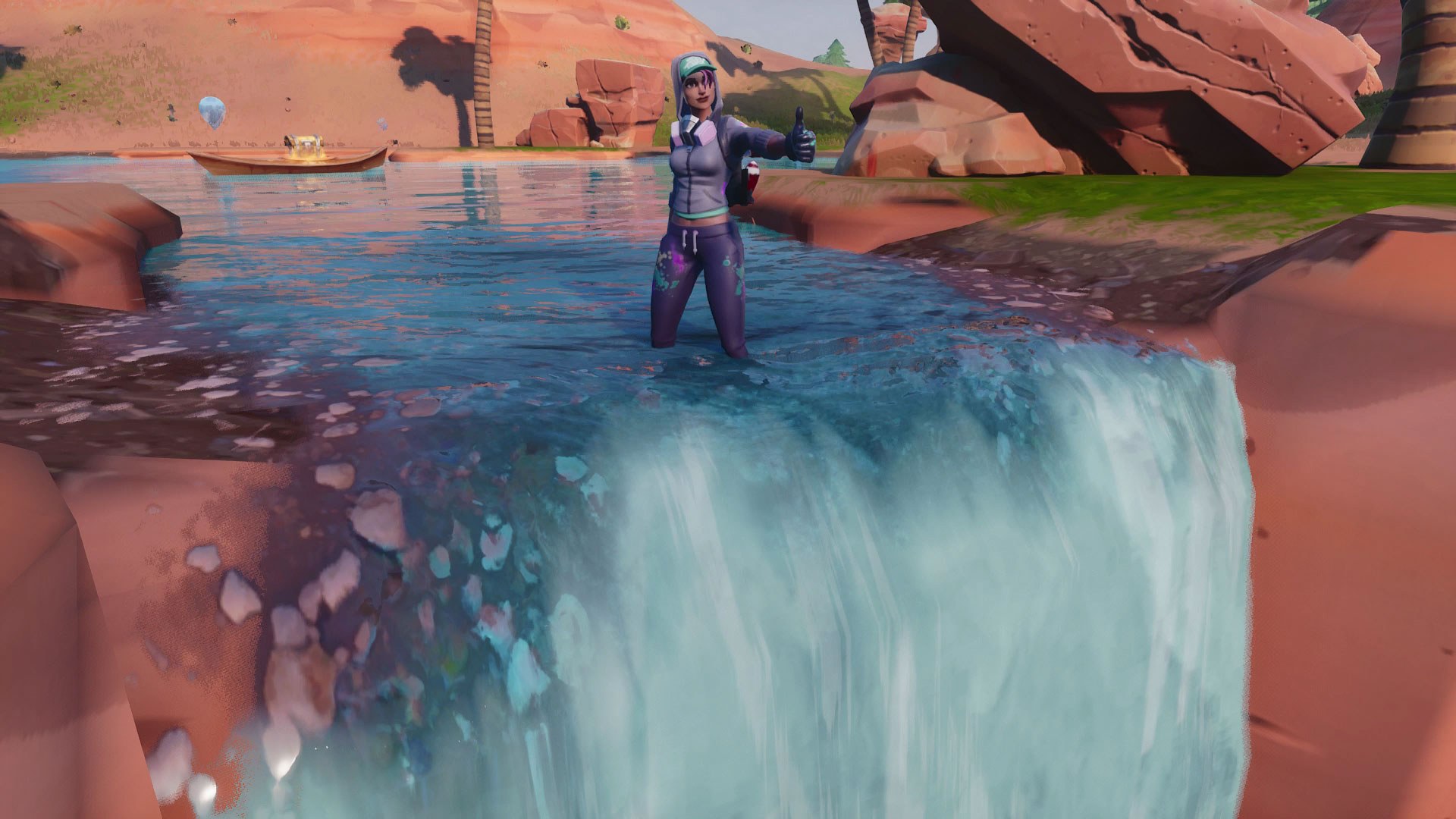 Soar off the giant waterfall by Lazy Lake for a ring.

Head northwest of Lazy Lake and you will find another flaming ring at the top of a much bigger waterfall than before.

Like the circle to the southwest, simply boost off of the top to gain enough speed to glide right through the middle. 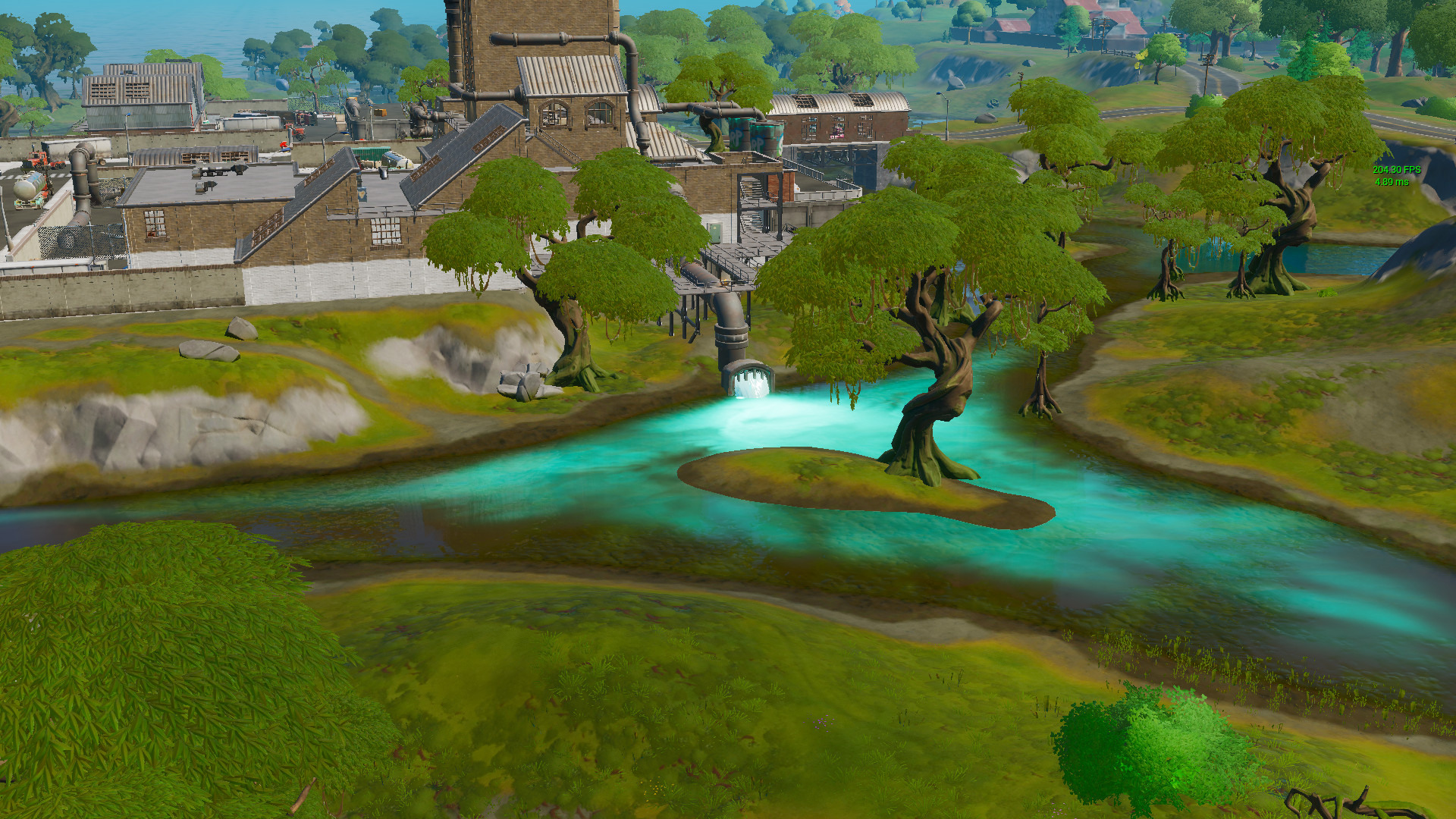 Another ring is just west of Slurpy Swamp.

Players will need to head west of Slurpy Swamp to find the flaming ring situated at the top of a cluster of rocks.

Like some of the other circles, this one is grabbed by boosting up a pair of logs that resemble a wooden ramp.

So, there we have it! Those are all of the flaming ring locations for Fortnite’s Dockyard Deal challenges. As we mentioned earlier, you will need to complete this task as well as a further seven to unlock the loading screen, which will give you a chance of finding Week 4’s hidden ‘T’ on the map!