The Week 10 Cheat Sheet for Fortnite Battle Royale Season 4 has been released by squatingdog so there are no more excuses for leaving the challenges uncompleted!

Season 4 in Fortnite Battle Royale will come to an end on July 12th and players around the world are excited to see what the beginning of Season 5 will bring as strange portals continue to appear all over the map.

However, some players will find themselves desperate for an extension as they continue to grind out the 100 tiers for the Battle Pass in an attempt to unlock all of the items, cosmetics, and emotes associated with them.

The fastest way of getting through all the levels is to complete the weekly challenges that are released by Epic Games. July 5th marked the start of Week 10 so the last seven challenges of the season have now been released.

The game’s developers seem to have opted to make the Week 10 challenges significantly easier than some of the early weeks but there are still three marked as “HARD” which will give you double the amount of XP so we advise completing those first.

Luckily for anyone that is struggling, squatingdog has already released his weekly “Cheat Sheet” which will help you to complete all of the challenges in a timely fashion: 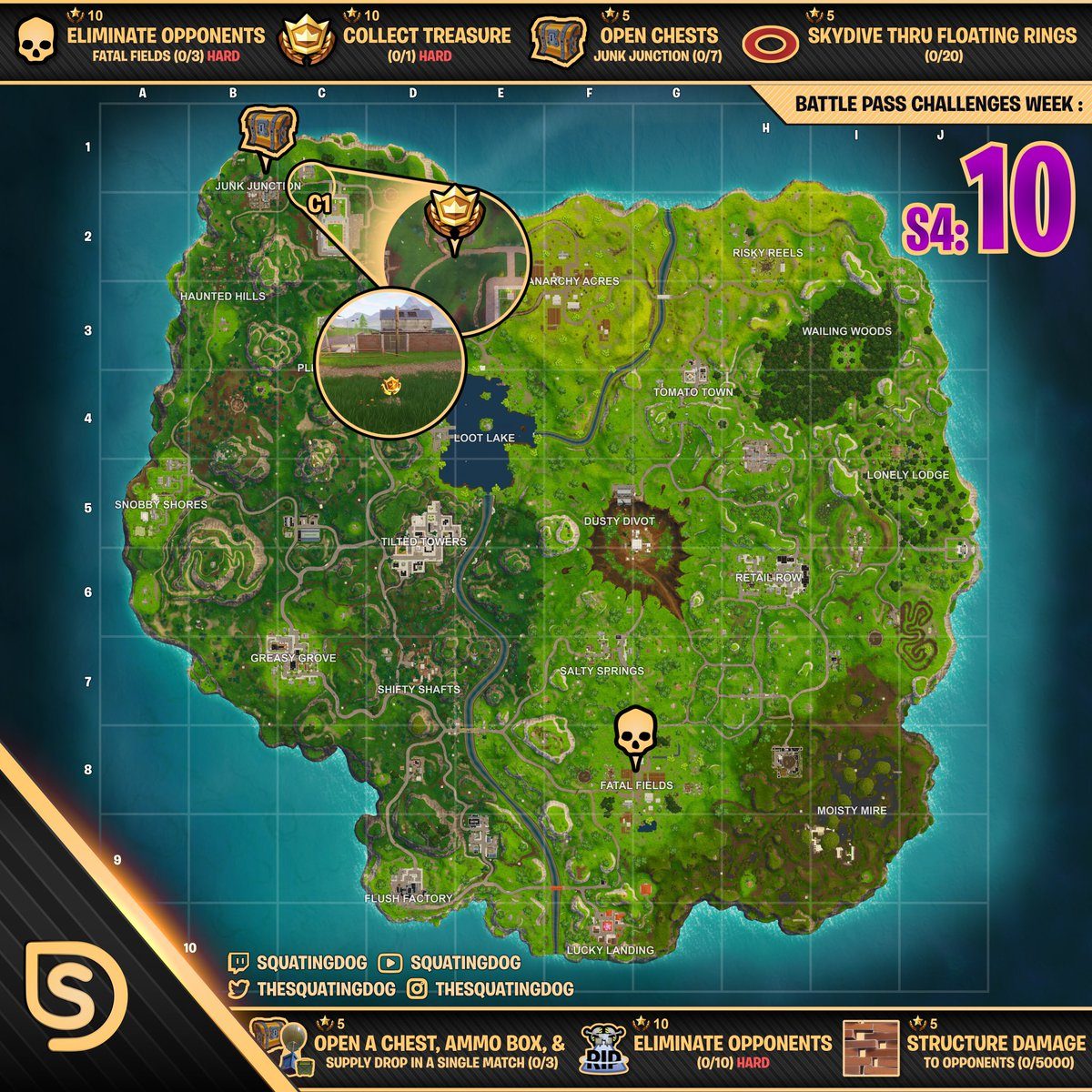 For more detailed instructions on how to complete some of the challenges, check out some of our Week 10 challenge guides listed below:

The full list of challenges for Week 10 of Season 4 is as follows: