It comes as no surprise that Epic Games has plans in the works for an end of year celebration in Fortnite, however the specific plans for the upcoming New Year’s event seem to have leaked ahead of time.

Dedicated Fortnite players are often treated to limited-time events and special crossovers with marquee entertainment franchises. From the most recent Star Wars crossover spectacle which saw an exclusive clip from The Rise of Skywalkers premiered in-game, to an annual Christmas-themed takeover, there’s never any shortage of unique additions for fans to enjoy.

While New Year’s celebrations are nothing new to the competitive Battle Royale title, eagle-eyed Fortnite players have spotted a familiar sight that could hint at the upcoming spectacle as we roll over into 2020. 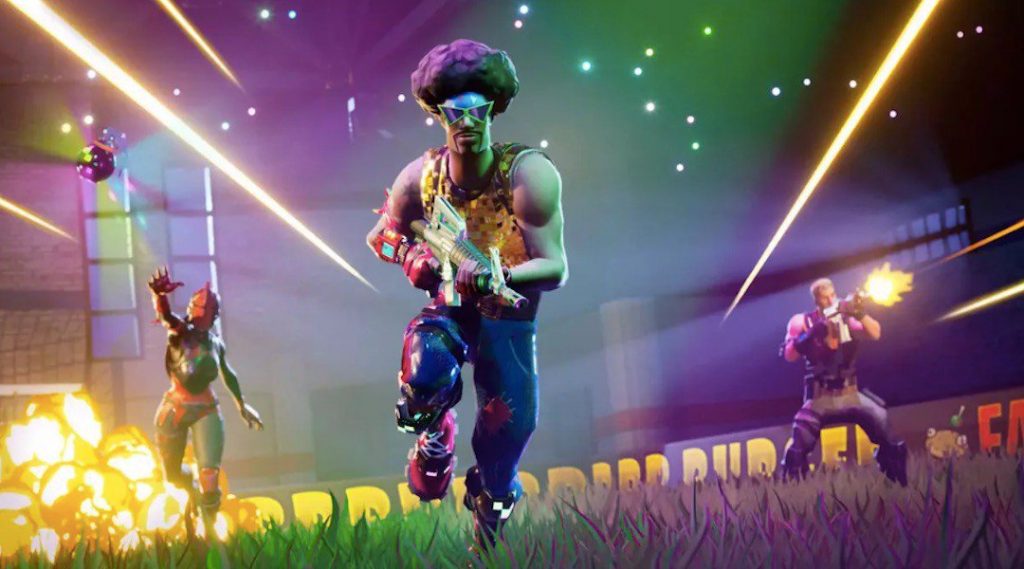 Fans of dancing in Fortnite will be sure to get their kicks each and every hour while the celebrations continue.

In the past, Epic Games launched a global countdown throughout the game which ticked away until the beginning of a new year. As soon as the timer ran out, fireworks were launched into the sky and an enormous disco ball hovered over the entire map. Forcing each and every player to dance and celebrate the new year no matter where they were on the map.

Eventually, one massive firework exploded into ‘2019’ and the brief period of festivities came to an end as regular competition resumed. This sequence of events repeated every hour on the hour until the conclusion of the event.

While no one knows exactly what Epic Games has in store for New Year’s celebrations this time around, it appears as though the disco ball has been spotted in the world of Fortnite once again. Indicating that players could be in for a very similar treat to that of 12 months ago.

Initially discovered by Reddit user ‘ NoVa_Iwarrior,’ the giant disco ball can actually be spotted when looking up to the skies in the replay mode. With the object currently in position and evidently accessible within the files of Fortnite, it seems as though Epic has plans to reuse the effect once again.

No official confirmation has been provided by the developers, so take the new information with a grain of salt. The effects of the disco ball could very well be different as we head towards 2020, or perhaps the automatic dancing will only ensue throughout creative lobbies this time around for instance.

Typically, repeating events are spiced up in new ways. Whether that be through new items or new areas of the map, Fortnite has a tendency to keep dedicated players on their toes. The 2019 Winterfest event for example, altered the functions of the limited-time Snowman item, changing the rarity as a direct result.

Disco ball in the sky has appeared for new years in replay! from FortNiteBR

With the Christmas-themed Winterfest event set to run through until January 6, and a Star Wars crossover still in full-effect, it’s likely that the New Year’s festivities will be brief once again, as to avoid too many major events overlapping all at once.

Perhaps players will find some tremendous ways to celebrate the New Year’s spectacle as others have done with the limited-time Star Wars event. Recently, players have been dropping their loot in order to honor tradition and duel with lightsabers to determine a winner.