Fortnite Season 8 may have just launched on Thursday, February 28, but fans of the game are already finding ways to use the game’s new items to their advantage.

The V8.00 update saw the introduction of a new pirate theme alongside a number of huge maps changes, including three new Points of Interest, Volcano, Sunny Steps and Lazy Lagoon.

Also included in the update was the brand new Pirate Cannon weapon, that allows players to fire cannonballs at enemies and the structures they have built – and can even fire themselves at opponents if they choose. 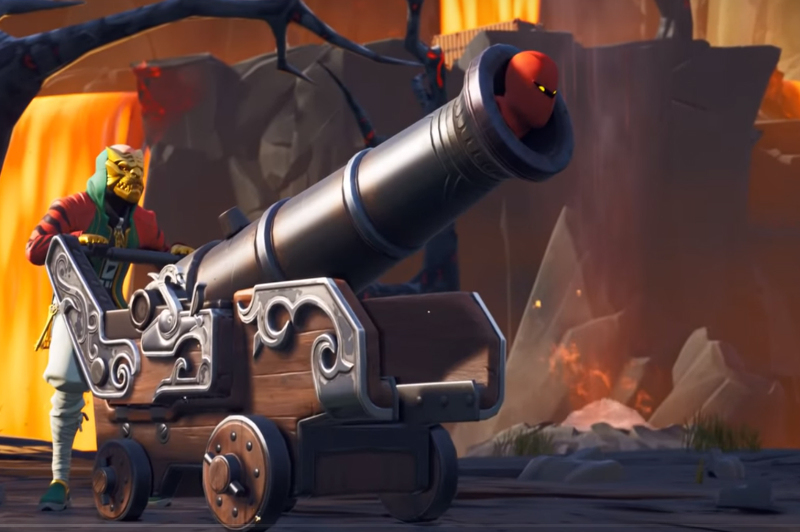 The Pirate Cannon was added to Fortnite in the V8.00 update.

While the Pirate Cannons can be used as excellent offensive items, it appears that the item can also have some incredible defensive capabilities – as long as you know how to make the most of them.

Popular YouTuber and Fortnite expert ImSpeedyGonzalez has discovered that players are invulnerable while sitting inside of the weapon waiting to be fired.

Even though the characters head can be clearly visible when they are in the Pirate Cannon, any bullets only deal damage to the item itself, and players take no damage when it is destroyed.

Being inside a cannon makes you invulnerable (while you wait to fire yourself). You also don’t take damage from the cannon breaking from r/FortniteCompetitive

This information could be extremely valuable, especially if you find yourself under fire from opponents, and could give players some respite until they figure out their next move.

It’s currently unknown if this is an intended result of sitting inside the Pirate Cannon, but it’s likely Epic Games will move to patch it in the near future if it is not.