Unexpected changes to the Fortnite Battle Royale have landed once again in Week 4 with the arrival of the v10.10 content update, following a massive explosion that has destroyed a fan-favorite location, and that’s not all.

There’s no doubt that all eyes were on the Indoor Soccer Pitch point of interest before the new update went live on August 20, after a Rift Beacon was activated there days earlier.

These Rift Beacons have already been used to create the new Tilted Town and the return of Retail Row, but it looks like things never exactly went to plan this time. So, let’s take a look at everything that’s changed.

The Crater has arrived!

A huge crater, following an explosion at the Stadium/Indoor Soccer Pitch location, has been added to the Season 10 map. 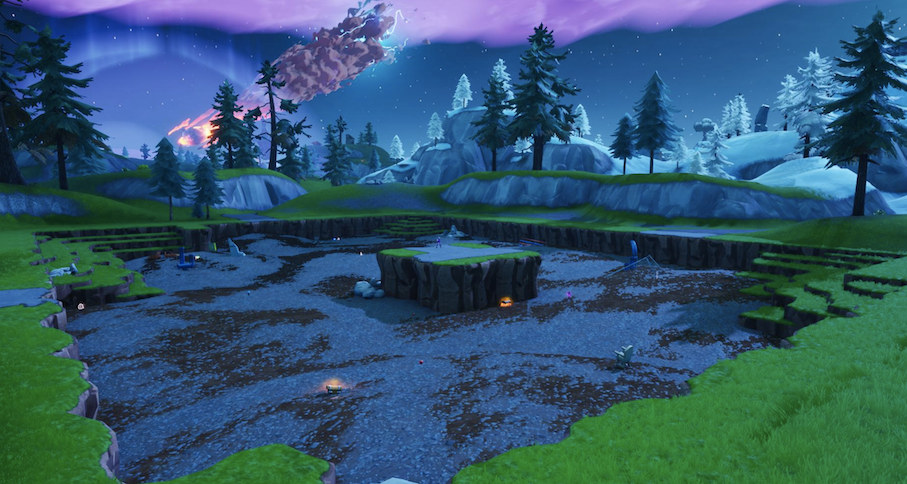 A huge crater has appeared in Fortnite.

While it’s nowhere near as big as the crater that once occupied the Dusty Divot spot at the center of the map, now Dusty Depot, it’s certainly something that you won’t miss after jumping off of the Battle Bus – that’s for sure.

A number of glitched items have appeared at the crater, too, as well as a number of new chests and even a new vending machine. As seen in the images below, these include coconuts, apples, peppers and more. 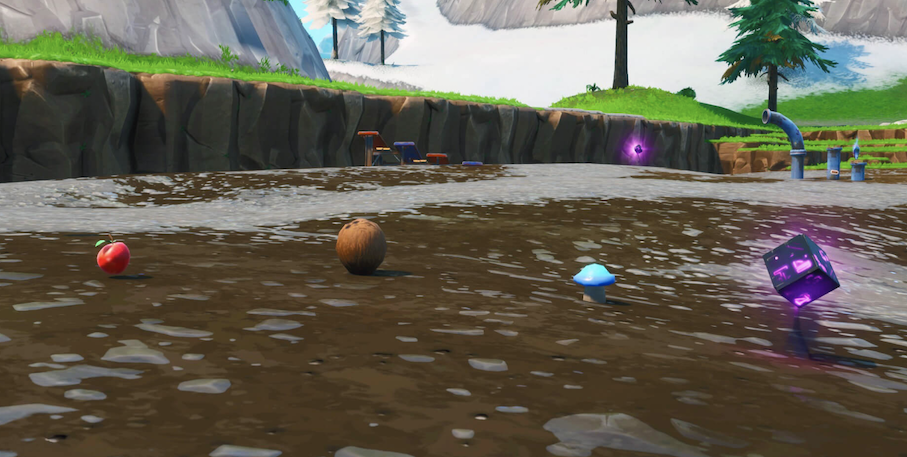 You might be thinking ‘how are they glitched?’ but it’s very simple. Basically, these forgeable items will randomly switch around. One moment it might look like you’re about the grab a banana and seconds later it’s a coconut!

The arrival of Dusty Depot in Fortnite Season 10 was very much down to the presence of Rift Beacons at the location, but they have been removed from the point of interest following the new content update. 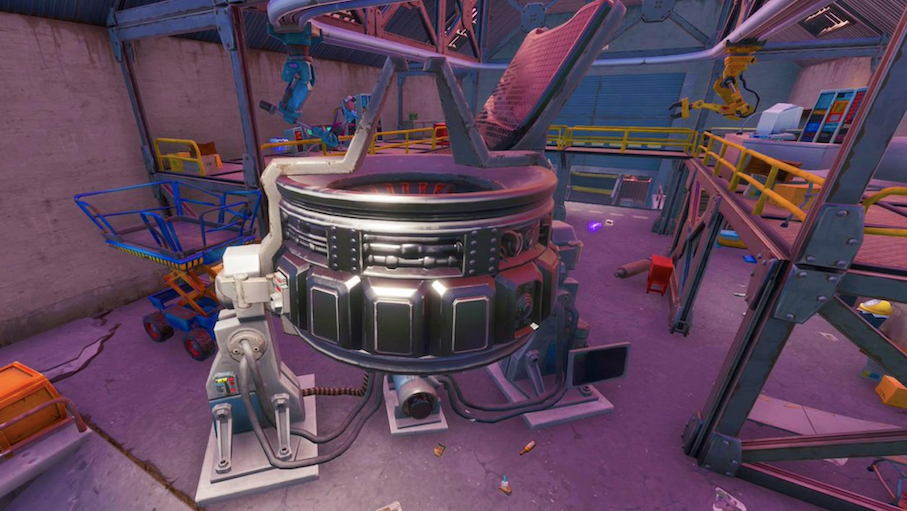 These Rift Beacons have been at Dusty Depot since the start of Fortnite Season 10, but they have been removed.

This would suggest that Epic Games are done working on the location for now and could also hint that it’s here to stay for the remainder of the season, although that’s far from guaranteed at this stage. Things are changing so fast!

The meteor hanging over Dusty Depot has been moving closer and closer to the ground with every update and the v10.10 content update is no different, but the holes inside the huge piece of rock appear to be getting progressively bigger. 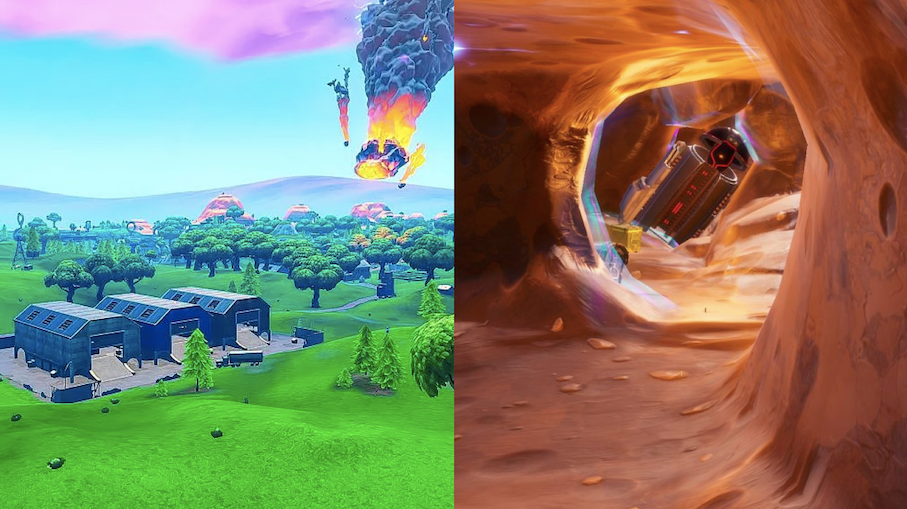 The meteor in Fortnite appears to be breaking slightly.

Is it going to break at some point in the future? We’ll have to wait and see.

So, there you have it! All of the map changes that we have found since the v10.10 content update went live. We’ll continue to update this story with more details if more map changes emerge. Until then, jump in and see the new features for yourself!