Fortnite updates The Block with a giant pyramid full of secrets

Epic Games has announced the winning design from the Fortnite Block Party competition and has added a huge pyramid to the game.

This is nothing like the builds of the Ancient Egyptians, though, as The Block’s newest addition follows a recent trend of huge futuristic structures.

Omega Pyramid replaces Looming Llama, which was added to the game on January 18 and lasted just four days in Battle Royale before this new replacement was revealed with a mysterious twist. 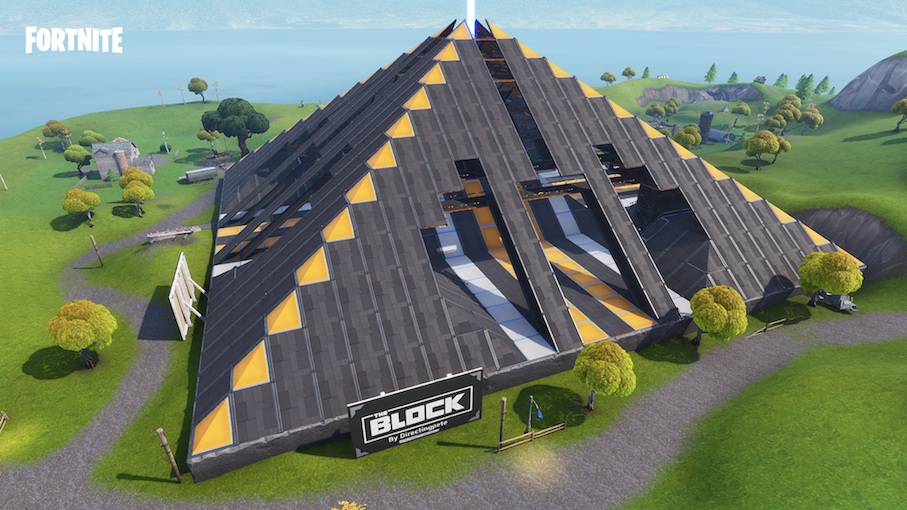 Epic revealed the new pyramid design for The Block on January 22.
[ad name=”article2″]

Epic Games announced that the new drop zone, which was put together by Directingpete on Fortnite’s Creative mode, would be added to the game with the v7.20 content update.

“The Block is now a Pyramid! Drop into this massive structure created by Directingpete to discover the secrets it holds inside” the developer’s statement read, from the patch notes.

Its final design looks quite different than the one that its creator originally uploaded to YouTube on January 17 – which can be seen above.

Based on their statement, the “secret” could be that it will change form and become the “Storm Shield” that featured in the original video at some point. Nevertheless, the developer could have just been referring to its crazy interior.

The patch notes also stated that three items sent to the vault, including the Port-A-Fortress, Quad Rocket Launcher and lastly – which seems to be an unpopular removal – the Grappler.