Epic Games has continuously added a variety of new weapons to Fortnite: Battle Royale since its release in 2017.

However, although fans have seen some unconventional weapons introduced to Fortnite and subsequently get added to the ‘Vault’ by the developer, some community members have questioned why certain guns have yet to be added.

One of the most requested items is that of a true, Semi-Automatic Assault Rifle that would sacrifice fire-rate in order to deal a substantial amount of damage to enemy players and structures.

Reddit user DRS733_ designed a concept of such a weapon, which, much like the Hunting Rifle, would only have Uncommon and Rare variants, along with a similar bloom radius.

The full concept can be viewed below. 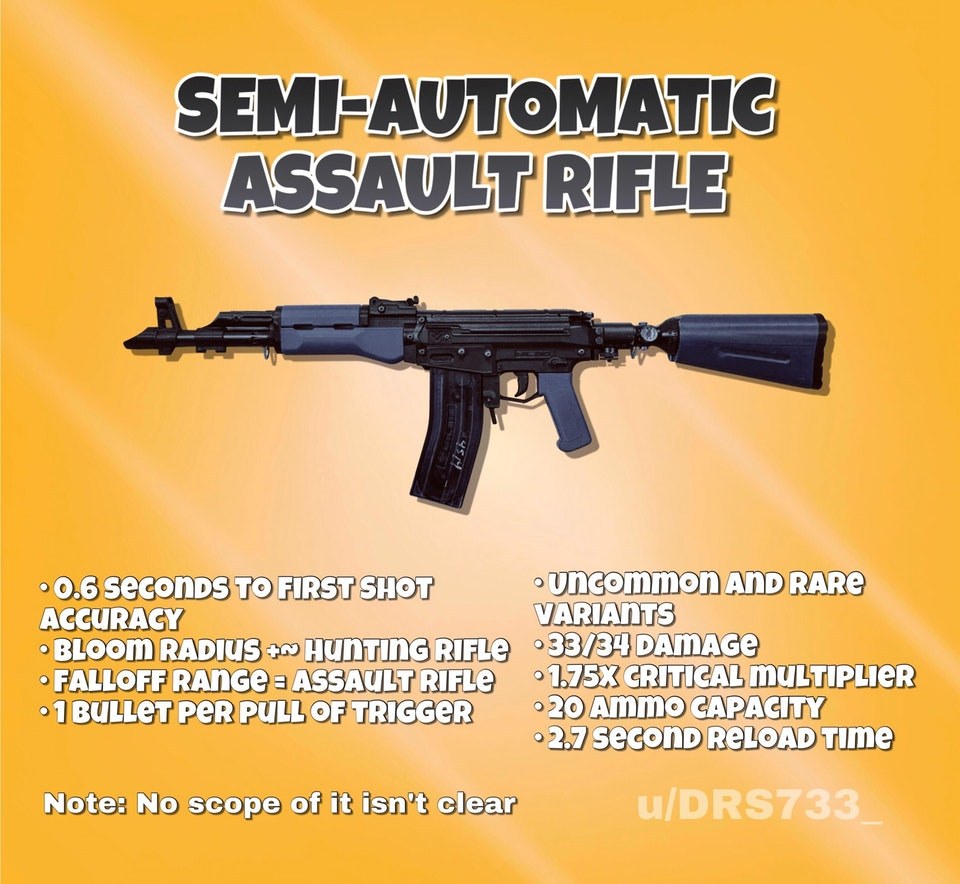 It is unknown if Epic Games has any future plans to bring a traditional Semi-Automatic Assault Rifle to Fortnite: Battle Royale.