Fortnite: Weapon wrap concept would change color based on weapon rarity and have special effects for high kill games

Reddit is one of the best places online to find cool and interesting concept work for Fortnite Battle Royale, one of which has caught the attention of many users.

Reddit user ‘nhojcs’ has come up with a unique concept idea involving the new weapon wraps that have been added in the new Season 7 of Fortnite.

Weapon wraps are essentially cosmetic skins that players earn through the Battle Pass and can select in their inventory so that when they pick up any weapon in-game, the wrap will apply to the weapon and change the way the outside of it looks.

While there are a variety of weapon wraps already in Fortnite, this concept is unique in that it would change the color of the weapon to its rarity, essentially making it look like it would if it were just lying on the ground.

This way, Common weapons would have a gray color, Uncommon would be green, Rare would be blue, Epic would be purple, and Legendary would be gold.

While the concept ends there, it can actually be taken even a step further by adding a reactive effect to the wrap, very similar to how reactive camos work in Call of Duty: Black Ops 4.

In essence, a glow effect could appear on the weapon wrap as soon as a player reaches a certain number of kills with it in a match, and start growing brighter and brighter the more kills they get.

Not only would this idea look cool for the player who is using the weapon, it also would be an awesome and easy way for teammates and spectators to know just how well you’re doing at any given time with each weapon. 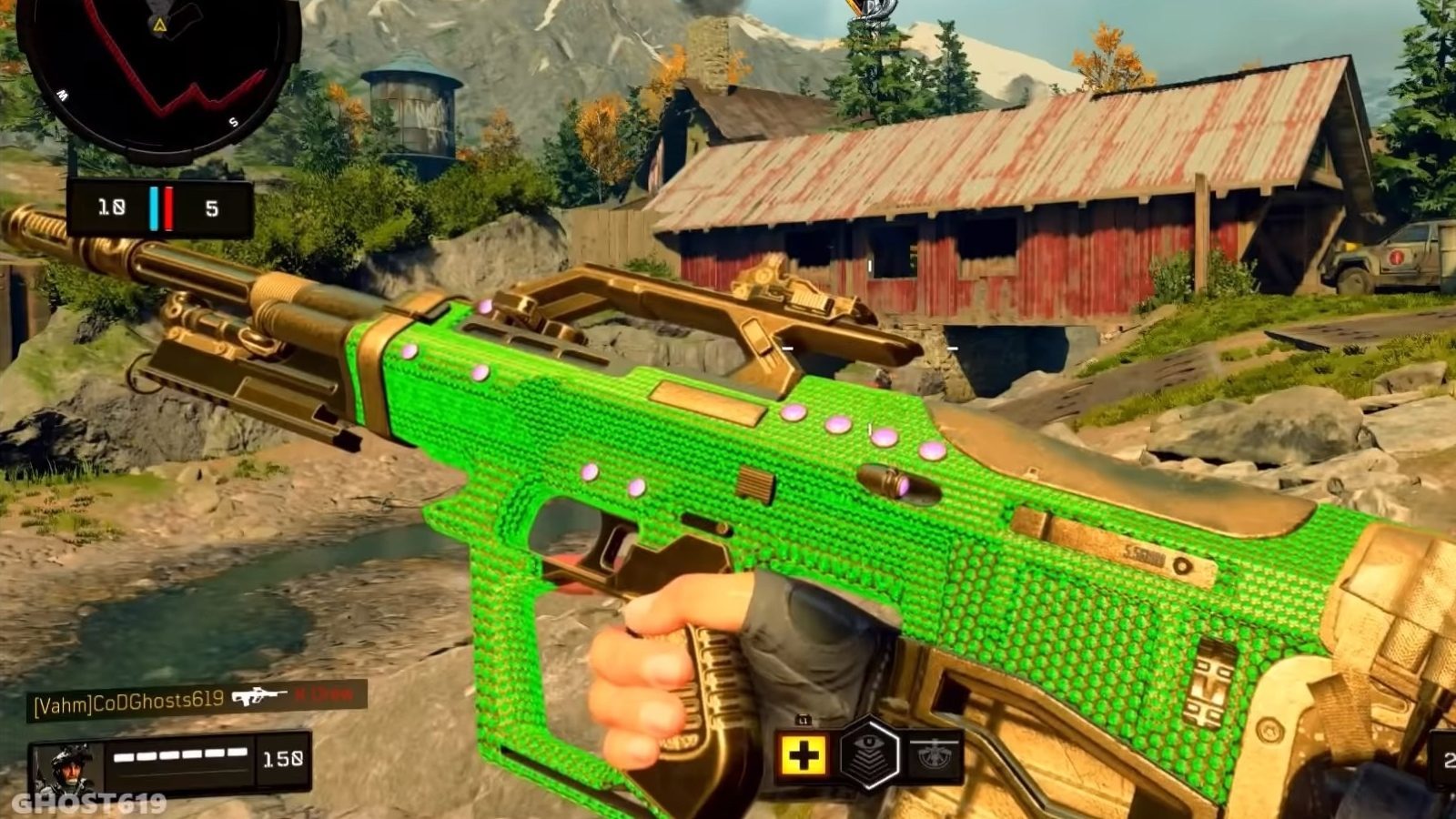 One of the cool new additions in Black Ops 4 are reactive weapon camos that change color and pattern when a player gets a certain number of kills.

That being said, the Reddit user’s concept and the glow effect can both be counterproductive the players because enemies will not want to engage in a gunfight with someone carrying a higher rarity variant of a strong weapon, especially if the strong glow on it suggests that the player is on a streak.