Fortnite players on the Nintendo Switch have finally been granted a ‘Career’ page after long demand – but it doesn’t seem to actually work.

Available since launch on console and PC, when Fortnite originally became available on the Switch, the Career tab was conspicuously absent.

After months of asking, Epic Games finally blessed Switch users with the Career tab, but as players eagerly went to the new page, they were met with nothing but blank statistics.

At first players reckoned that it simply didn’t track any previous wins, instead starting from zero at the point the Career page was added, but some players discovered that it didn’t even count any wins from after it was added either.

Luckier players have had their wins and eliminations begin to track, starting from zero, while others are getting no functionality at all. 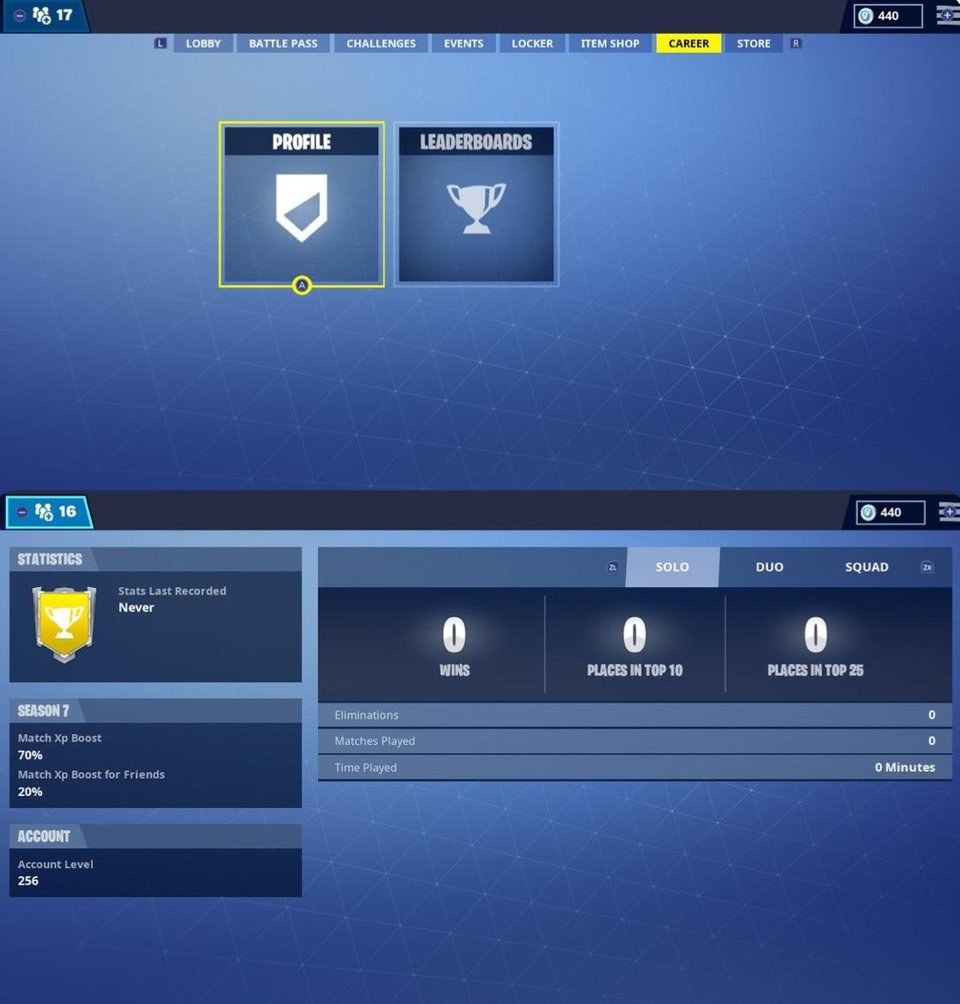 Making matters worse, the team at Epic Games is currently taking a well earned break over the holiday period, so it looks like Nintendo players won’t be getting fix possibly until after the new year.

So, if you’re a Fortnite player on the Nintendo Switch and care about your stats, you might want to avoid playing until after a fix is issued. For now though, it appears the new Career tab is just as useless as when it wasn’t available at all.