Fortnite’s dominance over popular culture seems set to continue, as Epic Games have teamed up with Hasbro to release a battle royale inspired edition of Monopoly.

Fortnite Monopoly is set to be available in major retailers globally from October 1. First spotted by Eurogamer, the game was initially rumoured to release on November 26, but Epic Games Creative Director Donald Mustard took to Twitter to confirm the earlier launch.

The new edition features plenty of familiar places featured in Fortnite, like Tilted Towers and Dusty Divot, and uses character skins such as Carbide and Rex instead of classic Monopoly pieces. 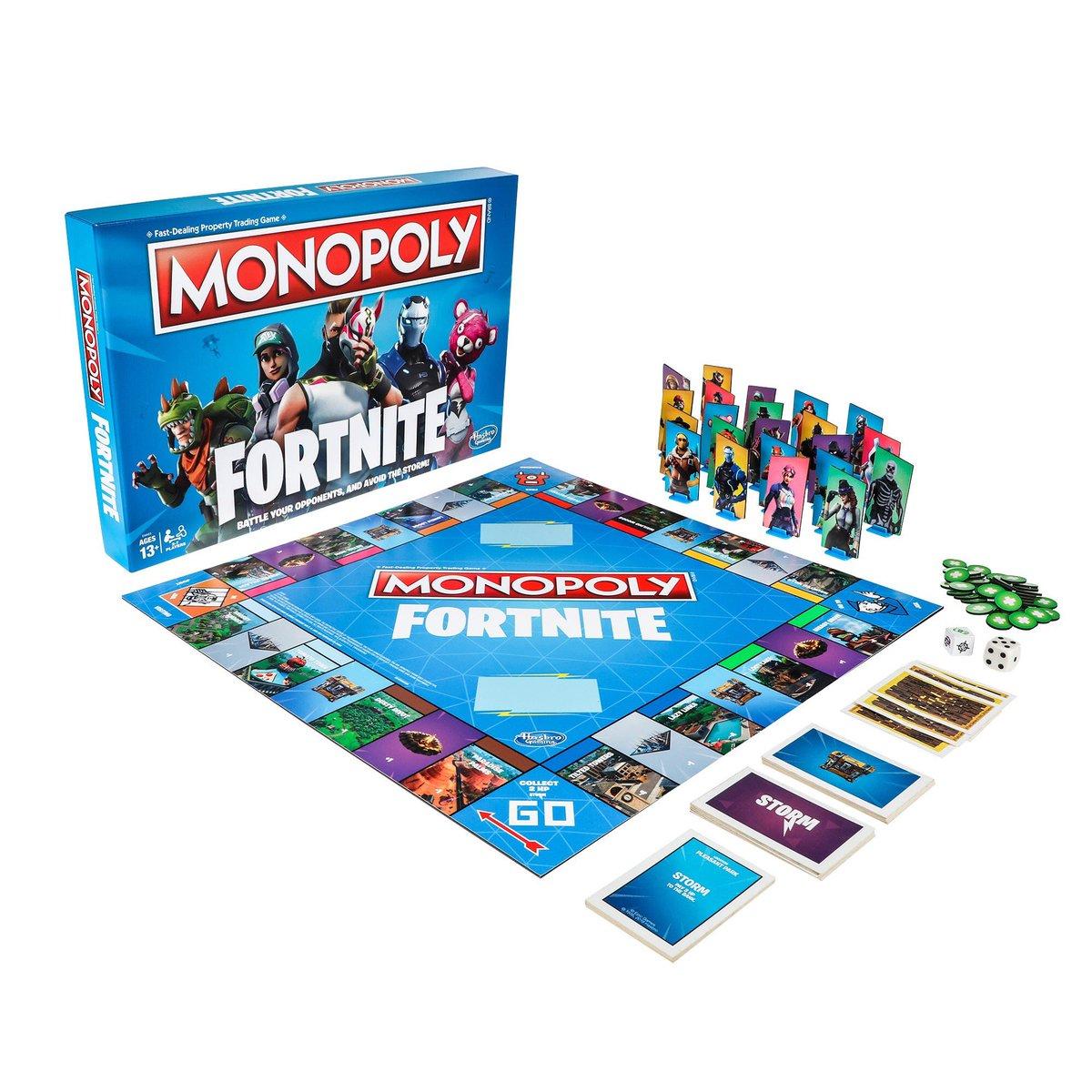 The Fortnite edition of Monopoly does play differently than the regular version you’re used to. Players are battling to be the last person standing but, instead of money, they have health points. The aim of the game is to try and take your opponents out.

Instead of both dice being used to determine movement, one is now used to determine an action, such as healing using a bandage or attempting to take out an opponent. The storm also makes an appearance in the Monopoly version, as spaces on the board occupied by the storm will deal damage to any player who lands on them.

It’s no surprise that Fortnite branded items are beginning to release, as the franchise has taken over the gaming industry over the past year. the game also has a massive, dedicated fan-base, so it makes sense that Hasbro would take this opportunity to work with the pop culture juggernaut.

The Fortnite edition of Monopoly is rumoured to cost £26.99 ($35), but there has been no official price released for either the UK or US version of the game.