Fortnite’s v10.10 Update is now live on all platforms, and data miners sifting through the game’s files have discovered two brand new loading screens for the third and fourth weeks of the game’s tenth season.

In Season 10 players can unlock a brand new loading screen by completing any three of that week’s missions, with the image granted as a reward for your efforts to give you something new to look at while you wait to load into games.

With the v10.10 update now live, @HYPEX has been able to get their hands on the screens that players will receive during Week Four and Five of Season 10, and given us a sneak peak at what we can expect to see when they are unlocked.

The Week Three loading screen shows a number of Fortnite characters running for their life, as a mysterious figure in a black coat drops one of the dinosaurs from Paradise Palms out of a rift portal, smashing into the ground below.

It appears the latest Fortnite villain has already tossed a police car at the unsuspecting players, with dirt and smoke billowing around them as they flee from the power of this unknown person. 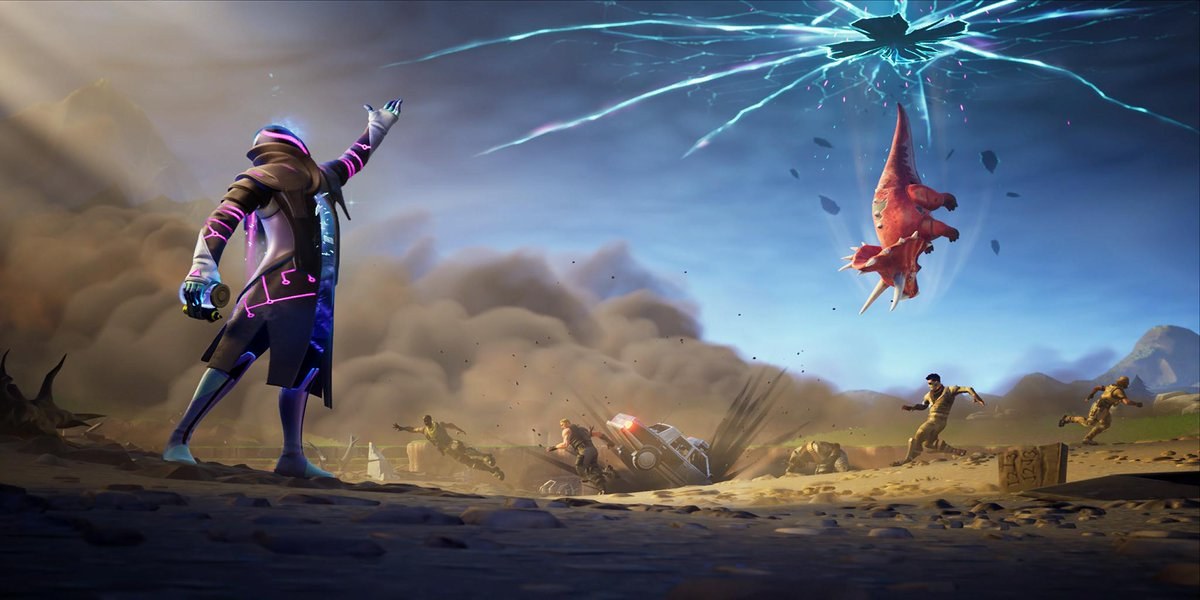 The darker tone of the loading screens continues into Week 4, with two characters appearing to be standing tall in front of the Battle Bus, protecting it from strange creatures which are vaguely recognisable in the background.

Who they are defending from remains unclear, but it seems they are set to play a major role in Epic Game‘s plans for the overarching storyline in Season 10. 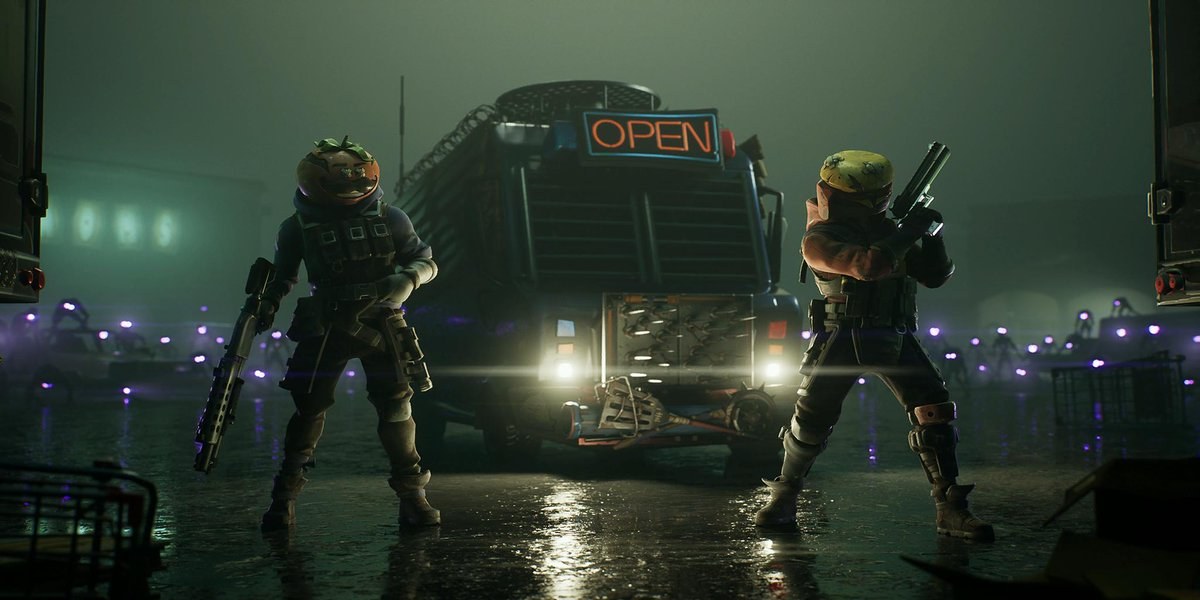 These loading screens, once unlocked, can also be used to find the secret Hidden Battle Star, with clues in each leading to the location they can be found in.

For players who couldn’t unlock the Battle Star for Week One, the good news is that Epic Games addressed this in the v10.10 update, so you should be able to collect it the next time you enter a match.