As is always the case after the a major Fortnite update, data miners have been hard at work finding cosmetics, skins and more in the v6.31 patch files.

The v.6.31 update, which was released on November 27, included a number of major changes to shotguns, including the introduction of the all-new Epic and Legendary variations of the Pump Shotgun.

With Season 6 drawing to a close very soon, Week 10 for the Battle Pass is also just around the corner. This means that the Week 10 challenges will also go live at some point on November 29.

Thanks to some leaks, though, we can already show you what the Week 10 Hunting Party loading screen will look like!

The Week 10 loading screen, shown below, will be unlocked when you complete all seven of this week’s standard challenges and will contain a major hint for completion of the final Hunting Party challenge. 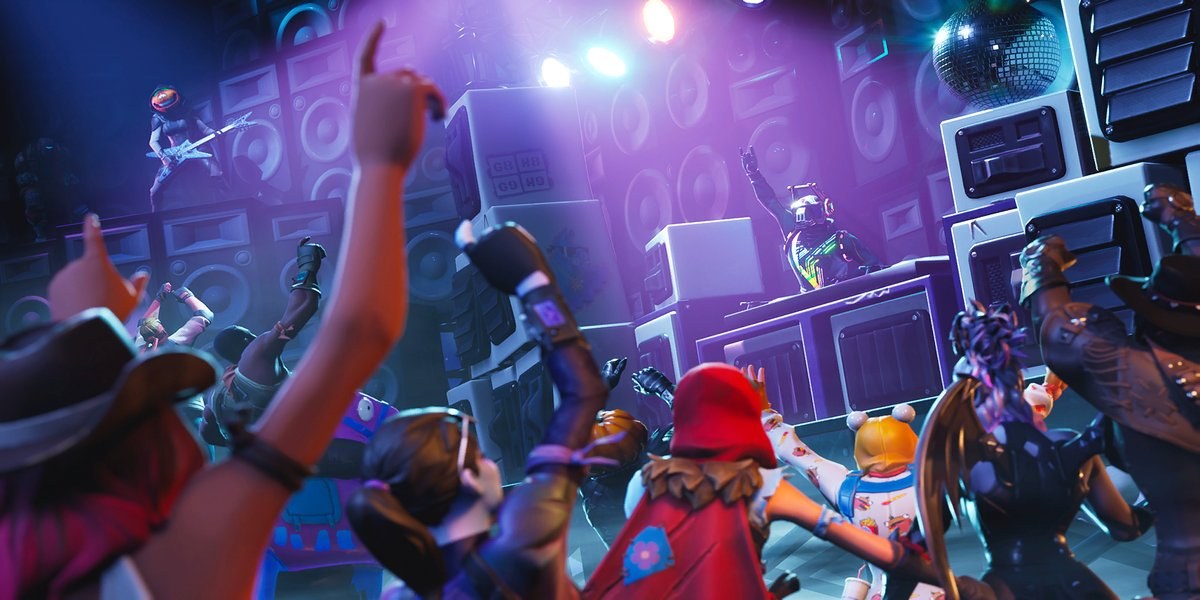 This is definitely one of the cooler loading screens that we’ve seen, showing a host of characters enjoying a disco while the mysterious A.I.M skin lurks ominously in the shadows. We can also see the mysterious onesie outfit that was leaked but never got added to the game!

We can also see co-ordinates on one of the speakers (G8, H8, G9, H9) which seem to be close to where ‘Kevin’ the cube originally spawned! We’ll keep you updated on this.

The A.I.M outfit is the skin that players can unlock after completing seven of the 10 Hunting Party challenges in Season 6. It is also believed that it will feature heavily in some sort of end-of-season event.

If you’re planning on completing the Week 10 Hunting Party challenge, be aware that it appears to have been split into two stages – something that we haven’t seen at any point before.

Other leaks to come out of the v6.31 update include a number of new skins, emotes and more – all of which can be found in our leaked cosmetics post.