The Fortnite v8.30 patch released on April 10, and it’s brought tons of new data for miners to decrypt – which may have uncovered future loading screens for the game.

While the latest update to the game has been met with mixed reactions, there’s still loads of content to go through for this week’s download that’s more than 6BG for PC players.

Epic Games is pressing on with the intricate Discovery Challenges, and known Fortnite leaker ‘FNBRHQ’ is already on the trail for the latest loading screens that could play a part in finding hidden objects in the game. 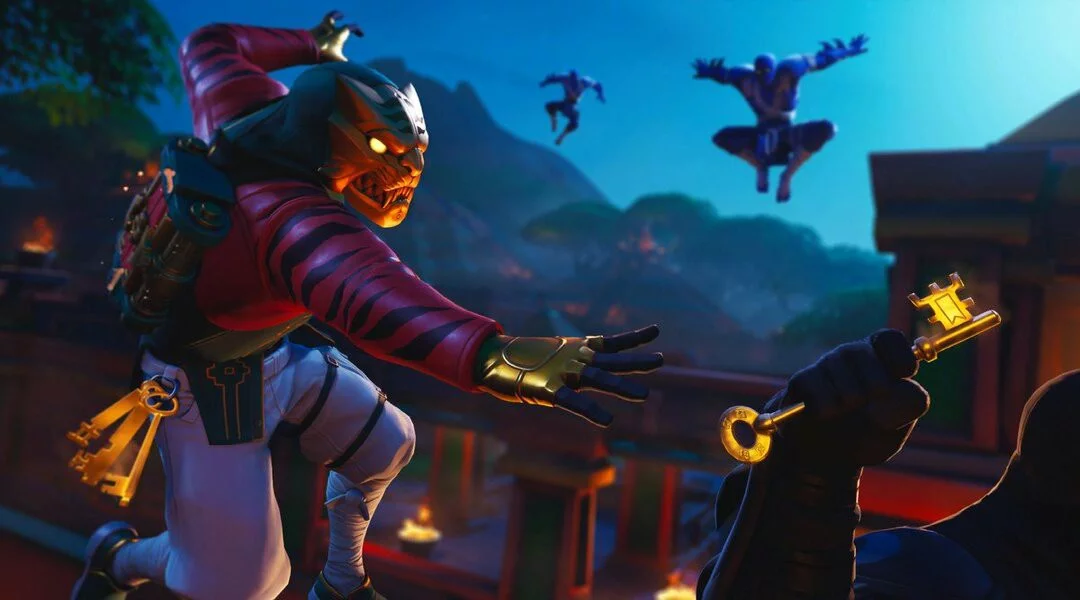 Images for previous weeks have led players to troves on secret unlockables.

As players should know, Discovery Challenges are additional to the weekly challenges and unlock prestigious rewards.

To get those rewards players will have to unlock loading screens for that week, which has enough information for players to figure out where they can acquire that week’s Battle Star or Banner.

With the fresh batch of leaks, FNBRHQ gave players a look into what the new screens could look like in the upcoming weeks.

The leaked loading screen shows the Luxe character propelling down into a cave filled with gold along a treasure chest.

The Legendary Tier 100 skin is prominently featured in the Week 7 loading screen, probably to give players more of an incentive to grind for the highly coveted design.

The loading screen for the seventh week of Season 8 is also the poster image for the Buccaneer Bounty’s challenges that certainly get a lot of attention from Fortnite completionists.

Although the loading screen for Week 8 has yet to be revealed, FNBRHQ was able to scrounge up a file with the name “Strength of Will.”

How that ties into the that week’s challenges remains to be seen. If the name is any indication, Fortnite players might have their hands full with completing the objectives.

This post will update when the Week 8 loading screen comes out, and keep a close eye on Dexerto for more leaks to come.