Fortnite partnering with brands is nothing new and it looks like we might already know what they have in store next according to two new leaks that point towards IT Chapter Two.

Thanks to the worldwide phenomenon that is Fortnite, we’ve seen crossovers with brands like the Avengers, John Wick, NFL, Borderlands 3, and many others.

Although nothing has officially been announced yet, it appears like the new brand that will be partnering with Fortnite is IT Chapter Two in order to publicize the upcoming film. 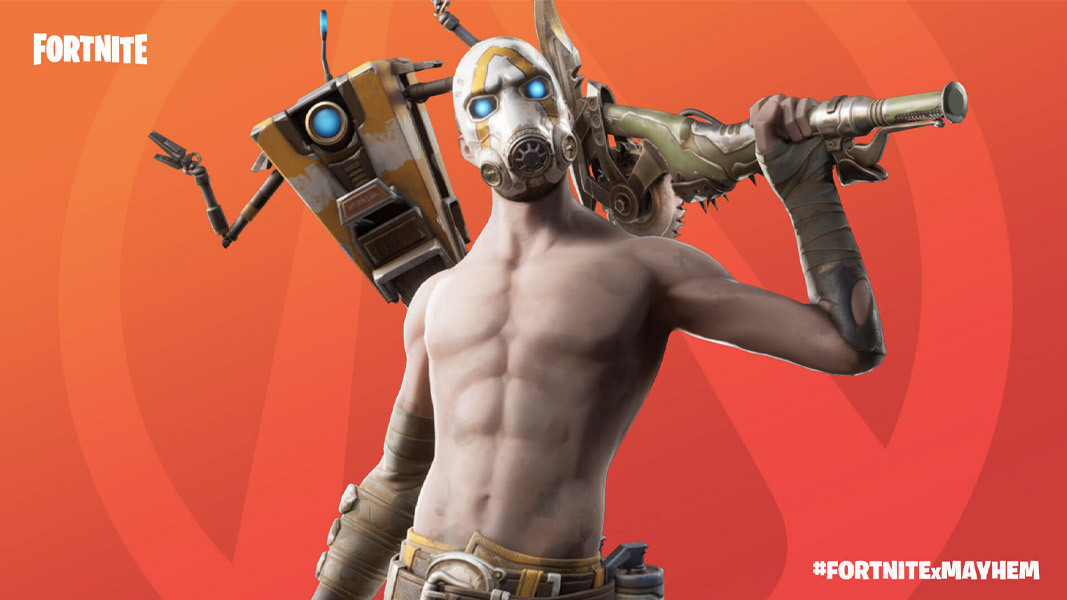 Borderlands is the just the latest crossover to come to Fortnite.
[ad name=”article2″]

A leaked sound file that was discovered in v10.20 files reveals what sounds distinctly like Pennywise’s laugh, which would make a lot of sense considering the film releases September 4 and could use a nice boost form Fortnite.

This sound file was first discovered by popular Fortnite leaker Hypex who posted the sound in a tweet.

If that’s not enough for you, there’s even more evidence that points to this being a crossover.

The movie poster features two balloons being held by Pennywise, which signifies him being a clown but also the fact this is the second chapter of the series.

Another leaked asset shows Fortnite has something called a “Creepy Balloon” in the files which seems to solidify the idea of a crossover. This was first noticed by FortTory.

More info regarding a possible Fortnite X IT.

A creepy Balloon got added into the files… pic.twitter.com/ADPQqzUcMm

Although there is a lot of evidence pointing to this, none of it should be taken as an absolute fact until we get official word of Epic Games.

With that said, these two Fortnite leakers have a very strong track record and we have no reason to doubt them yet.

For those doubting this because it’s a horror film and rated R, there is actually a precedent for that.

John Wick: Chapter 3 was also rated R but had a crossover event so it doesn’t look like Fortnite is just limited to working with PG-13 or lower brands.