After having been previously leaked during one of the biggest data mines in Fortnite’s history, the map has finally been fully covered in snow.

Epic Games have made a name for themselves by always updating the map and giving players new events to look forward to.

With it now being Christmas in most places of the world, snow has finally across the entire Fortnite map to truly ring in the holiday season.

While snow first showed up on the southwest corner of the map when Season 7 started on December 6, anyone loading up the game will now be greeted with a map entirely covered in snow. 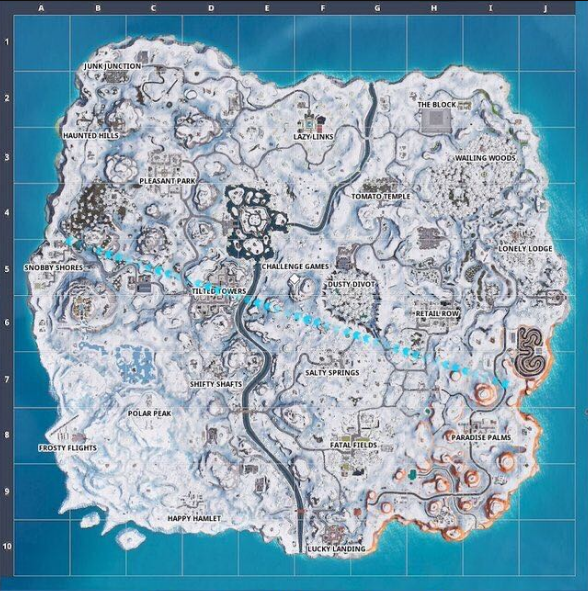 Data miners were the first to hint at the upcoming change to the map during a massive leak on December 18 that revealed everything from the 14 Days of Fortnite challenges to upcoming skins.

An in-game look at the #fortnite map today! Merry Christmas!

Most interesting of all with this latest map update is that there was no word at all from Epic on the change.

Usually they are the first to inform the community of new events or upcoming changes to the map, but they’ve been silent on the matter as players simply discovered it upon loaded up the map when Christmas Day rolled around.

With another v7.10 update on the way on December 30, it’s likely that there is plenty more in store for the game in the coming days.