One of the latest fan-made Fortnite skin concepts is a hilarious bare-knuckle boxing idea that would be perfect for players who like to pick fights on the island.

Fortnite fans love creating their own concepts for skins and items they would like to see in the game; sometimes, Epic will even take inspiration from these concepts and put them into Fortnite itself.

One recent example is the “Tender Defender” skin, which was put into the game by Epic after it was designed by an 8-year-old fan and posted to Reddit by his father.

The “Bare-Fisted Brawler” concept was created and posted to /r/FortniteBR by user sushifunk21, who also included ideas for a unique glider, pickaxe and back bling to go along with the skin.

The skin itself resembles one of those large moustached men you often see squared up in black and white photographs, who chose to fight other large men without any protective equipment, hence the name ‘bare-knuckle boxing’.

The glider is a Union Jack, the flag of the United Kingdom, because that’s where bare-knuckle boxing originated, at least according to Wikipedia. 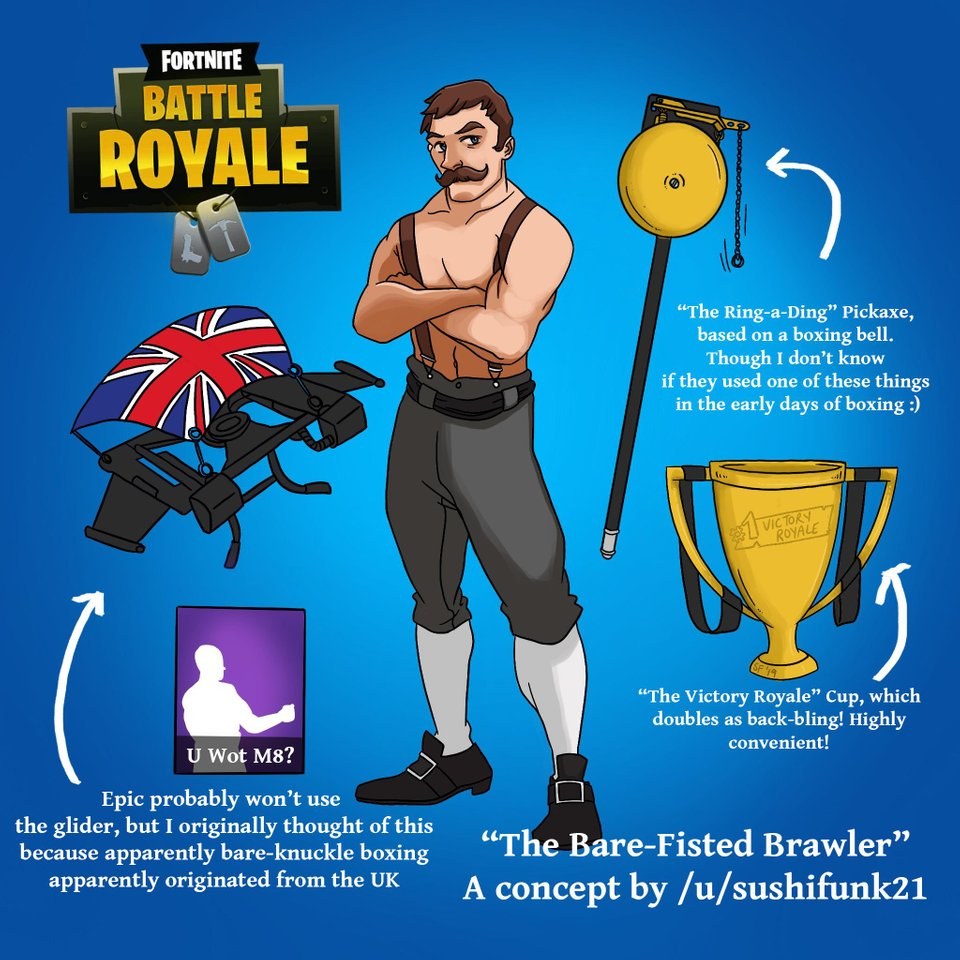 The pickaxe resembles an old boxing round bell, that would hopefully ding as it gathers resources or is used against other players.

A massive, golden Victory Royale trophy is the back bling, which would make a cool reward for players after they get their first win.

Epic surely has a big 2019 planned for Fortnite, and, based on 2018, theres a good chance some fan-inspired content will end up in the game as well.