The popular Fortnite data-mining site, FNBR Leaks, recently closed its digital doors citing a cease and desist from attorneys representing Epic Games, but the action may not be as clear cut as it appears.

FNBR Leaks was a popular source for news and updates for the battle royale, who had amassed a significant following since it started in May 2018, however Epic Games took issue with the site for reasons other than divulging undisclosed Fortnite information.

In a reply to a Reddit post, Epic Games Community Coordinator Sean ‘MrPopoTFS’ Hamilton clarified that the takedown was due to FNBR Leaks promotion of software tools that went against Epic Games’ terms of service (TOS). 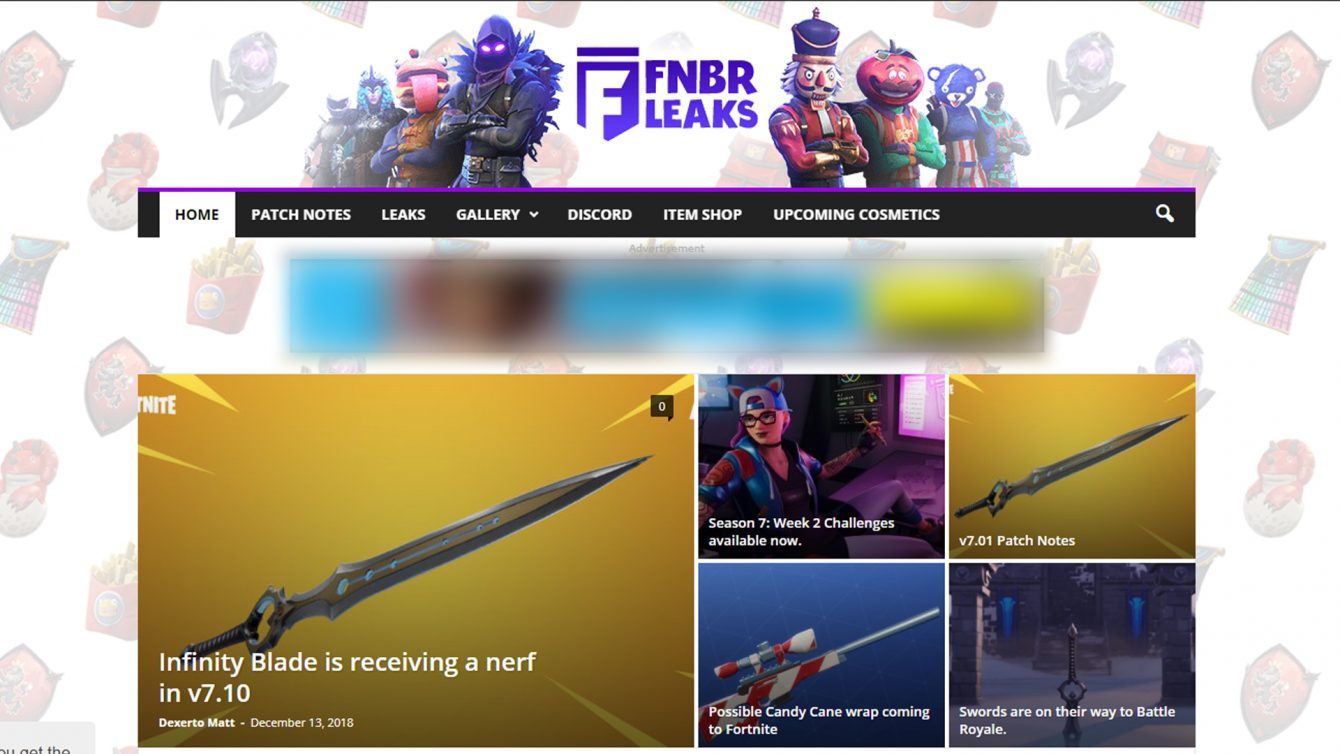 Quite possibly the last homepage layout for FNBR Leaks.

The explanation was brief but direct in clearing the motives behind Epic Games pursuit for FNBR Leaks’ site and Twitter to be taken down.

“The owner of this account and others promoted and advertised the sale of game modification tools which violate our terms of service, and this is not directly related to data mining or leaking,” MrPopoTFS said.

The response gave a lot of users an appropriate resolution to the matter, citing that although the site and what they did would be missed, selling or promoting tools to modify the game merited the developers to take some action.

Since there is not a likelihood of Epic Games or FNBR Leaks’ Preston addressing the matter further, MrPopoTFS’s remark might be the last word we here on the case.

MrPopoTFS’s reply should suffice for those wondering why other data-miners are continuing as normal, but time will tell if the hole FNBR Leaks leaves in the community will be filled.