The new Gifting feature in Fortnite Battle Royale is coming to an end, and Epic Games have announced the exact ending date and time.

The feature will no longer be available as of Tuesday, December 4, and users will have until 7 AM PT/ 10 AM ET / 6 PM GMT to gift cosmetic items to each other.

“The initial period for the Gifting feature ends tomorrow, December 4 at 10 AM ET,” the tweet reads. “Surprise your Epic friends with a gift while this feature is still available.”

It’s likely that this feature is being disabled for the time being so that it does not interfere with the launch of Season 7, which is set to take place less than two days later on December 6.

The initial period for the Gifting feature ends tomorrow, December 4 at 10 AM ET.

Surprise your Epic friends with a gift while this feature is still available! pic.twitter.com/2928pK6Ojm

The use of the phrase “initial phase” make it pretty clear that the feature will be making a return in the near future, probably at some point during the holiday season.

That would make the most sense from Epic’s point of view, considering that’s the time of the year when players are most likely to want to gift each other cosmetic items. 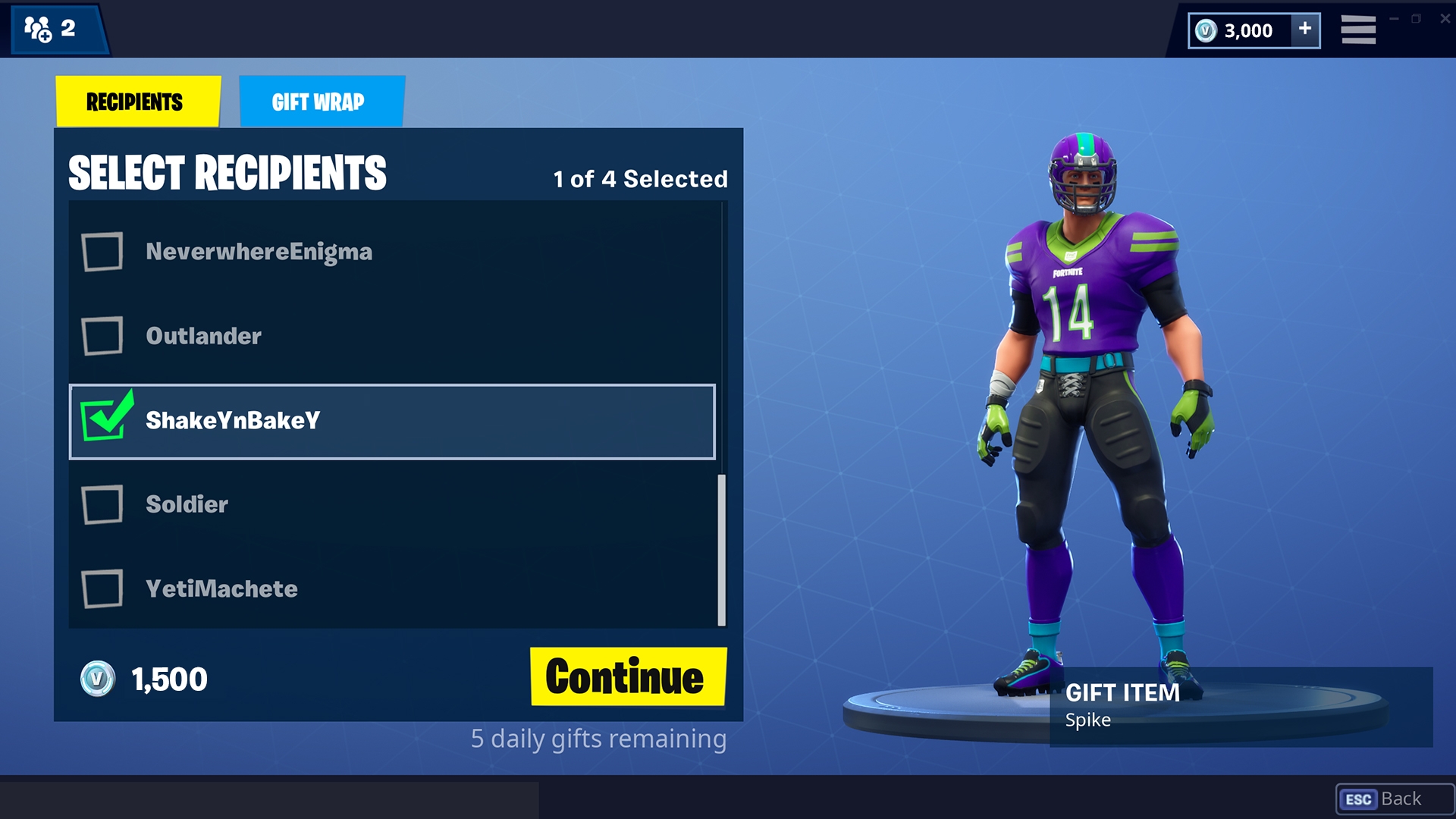 Players who want to gift someone an item must choose them from their friend’s list in the Item Shop.

After having been hinted at for months, the Gifting feature was finally introduce in Fortnite on November 27, which to the pleasure of the game’s vast community.

Available on all platforms except Apple’s iOS, the feature allowed users to gift cosmetic items to each other from the existing Item Shop.

However, there were several rules in place that prevented abuse of the system, including the requirement that multi-factor authentication be enabled, the two users be friends on Epic for at least 48 hours, a maximum of three gifts can be sent within a 24 hour period, and that the choices were limited to the items currently available in the Item Shop at the specific time.