Epic Games’ worldwide Creative Director Donald Mustard has had his Twitter hacked, with the hackers saying some unsavory things and threatening to ban prominent streamers.

Mustard has regularly been an important figurehead for Fortnite since its release in September 2017, making the most of his Twitter following by hinting at upcoming features and additions to the game.

However, the hack has seen his account compromised and countless posts made in the short time since it happened. 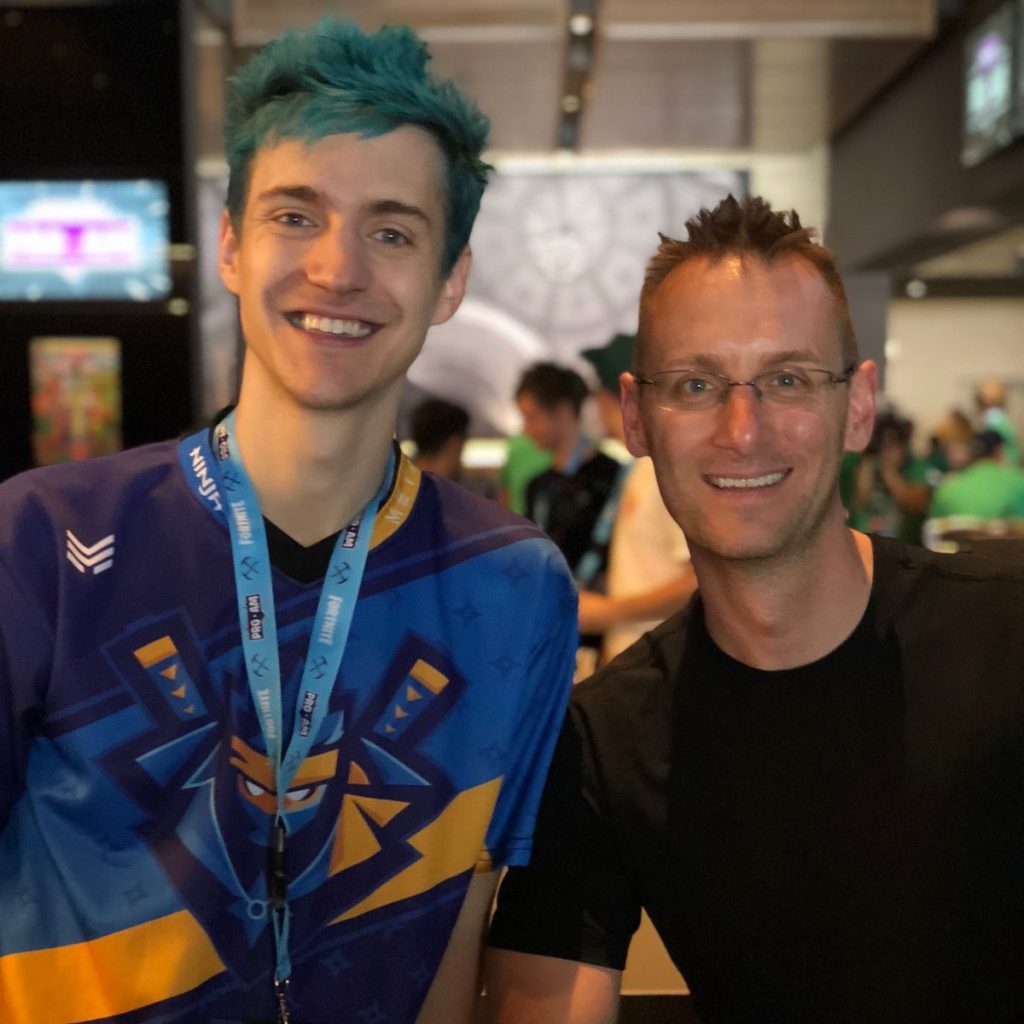 Mustard has been an important community figurehead in Fortnite.

The first tweet called for Mustard’s followers to follow another Twitter user, presumably one of the people doing the hacking, before “announcing” a Winter Royale Solos tournament, calling Turner ‘Tfue’ Tenney’s squad the “best in the game” and telling FaZe Clan’s Jarvis ‘Jarvis’ Kaye to “keep crying.”

They then also tweeted that if they get 5000 Retweets, Ninja will be “banned from Fortnite.” All tweets can be seen in the screenshots provided below. 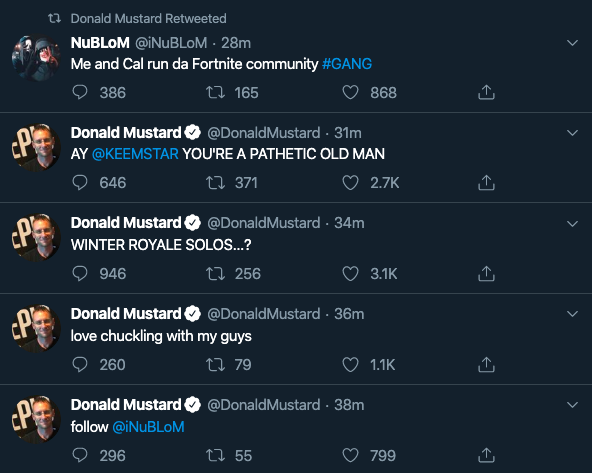 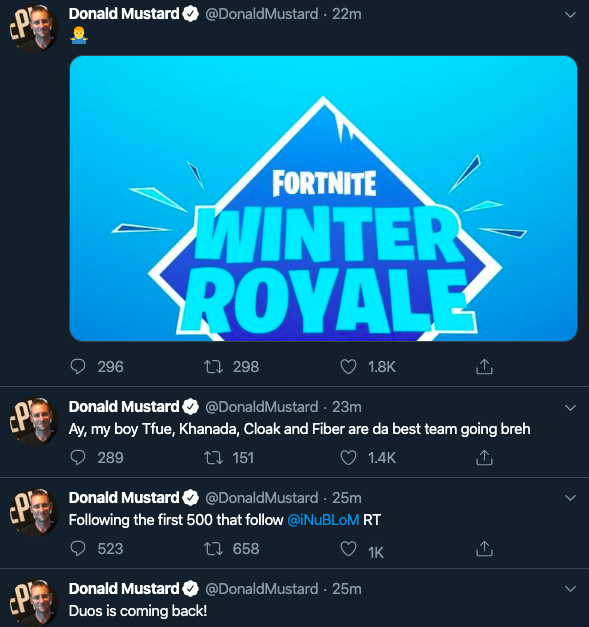 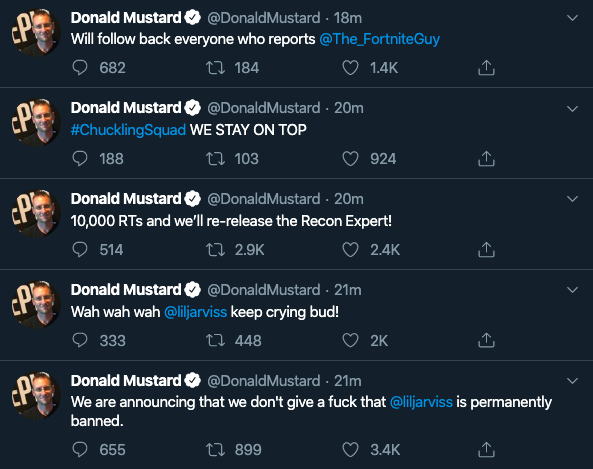 After these tweets, there was silence from Mustard’s account for a while, with no updates from the man himself at the time of writing.

It is not yet known how the hackers managed to gain control of Mustard’s account, but needless to say, followers need to take every one of these tweets and the ones following with a pinch of salt, until we can confirm that Mustard is back in full control of his account.