Fortnite pro and popular streamer Turner ‘FaZe Tfue’ Tenney flew to South Korea for the 2018 Fortnite Korea Open, where he had an unexpected encounter with another player using his handle.

Tfue recorded the encounter in a vlog of his tournament experience, which he uploaded on December 22 – a week after the massive event took place.

Tfue found out about his doppelganger the night before the Open, discovering that they went by the handle ‘Faze Tfueo_o.’ He expressed some humorous anxiety about meeting with the competitor, claiming that he’d have to be “careful” should he face off with the player.

“Alright, so supposedly there’s someone in the tournament tomorrow named FaZe Tfue, and it’s not me,” he explained. “He’s a Korean fan, so I gotta be careful tomorrow. …if this guy kills me in this tournament I’m losing my shit, I’m getting up, pooping on my hands and throwing it at him.”

Tfue confronted the ‘fake Tfue’ just before the tournament began on December 15, who appeared to be mildly shocked and surprised to meet the pro. 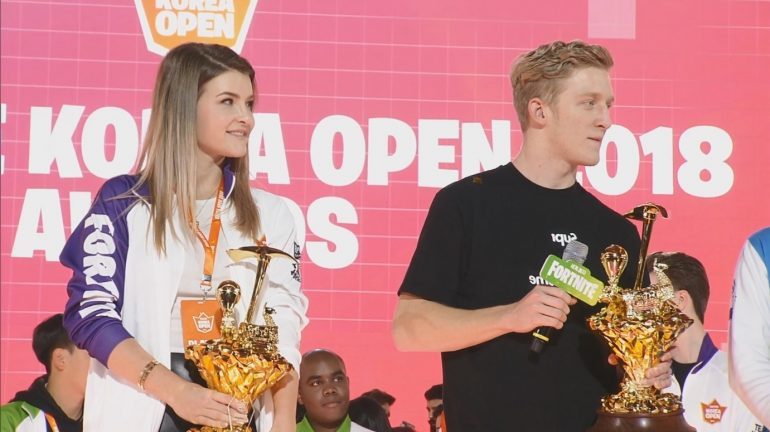 The player explained that he was a fan of Tfue after politely shaking his hand, with Tfue and his crew joking about the identity of the “real Tfue” all the way.

Both Tfue and streamer Kristen ‘Kittyplays’ Michaela ended up taking the Open in first place for the Duos main event, earning a reported amount of $1,000,000 for charity.