The release of another Fortnite Battle Royale patch has resulted in a number of new discoveries in the game’s files, including some new skins and other cosmetic items.

Fortnite Battle Royale is one of the most popular games in history thanks to its addictive game play, innovative mechanics and building features, and fun emotes, skins, and cosmetics.

The developers behind Fortnite are Epic Games and they have made a name for themselves thanks to their excellent community interaction and regular updates to the game which constantly keep players on their toes.

Now it looks like players and fans around the world have something else to look forward to as known data miners, TwoEpicBuddies, have discovered some new skins and items hidden in the game files that were released along with the most recent V4.0 patch.

Not only does the new update bring an end to the constant speculation about a meteor strike (Dust Depot was the eventual landing spot), it also marks the start of Season 4 for the Battle Pass along with the release of numerous new skins and cosmetics.

We don’t know the names or rarities of all of the new additions just yet, but TwoEpicBuddies have managed to provide us with some teaser images which can be found below. 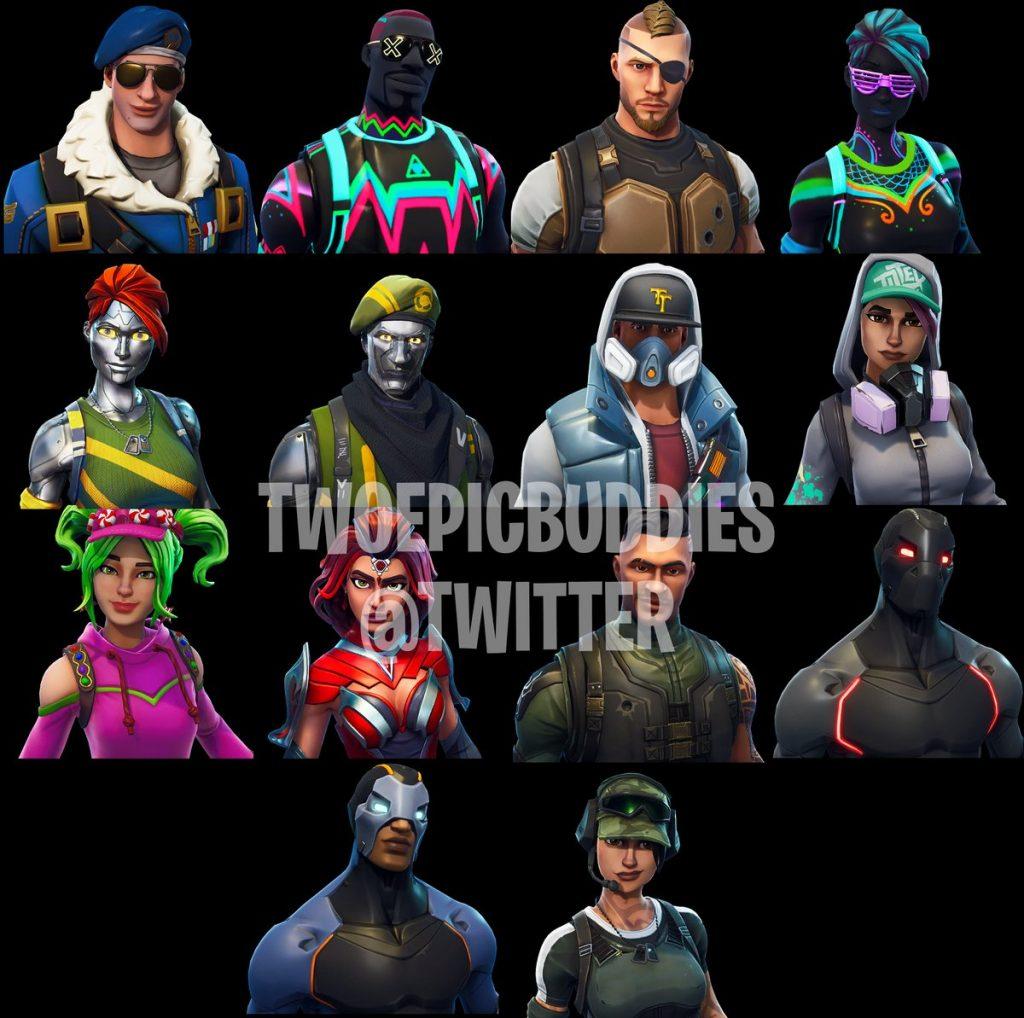 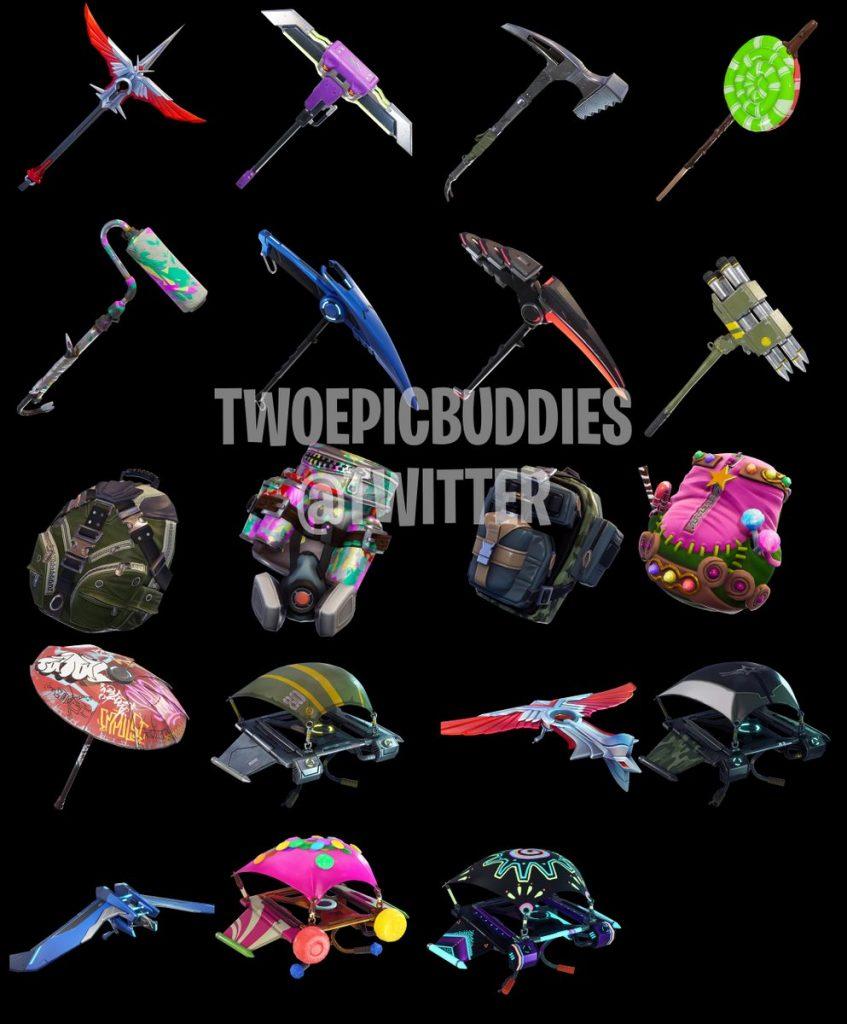 Some of the skins shown in the first image are part of the new Battle Pass. The information on those can be found in this post.

We will release the names and rarities for all of the other images when we know more.