An ingenious Fortnite fan has come up with a new way to make sure you’re always carrying the most powerful versions of weapons available to you in the game.

One of the main aspects of the popular battle royale title is looting, as players search chests and buildings as they hunt for weapons and items that they hope will help propel them to a victory royale.

Fortnite’s weapons come in a variety of different rarities, with the different versions offering players more powerful guns as they attempt to take out their opponents.

However, as players find new weapons, they can often come across stronger editions of the gun they are currently holding, and replacing it can be a nuisance, especially if you’re trying to do it quickly, as Fortnite players have to open their inventory, drop the item and then pick up the new one.

However, this concept from Cynadote on the Fortnite subreddit would see the game automatically switch weapons for those of higher value, without taking up an extra space in your inventory, or forcing you to go through the menus to drop the lower rarity item. 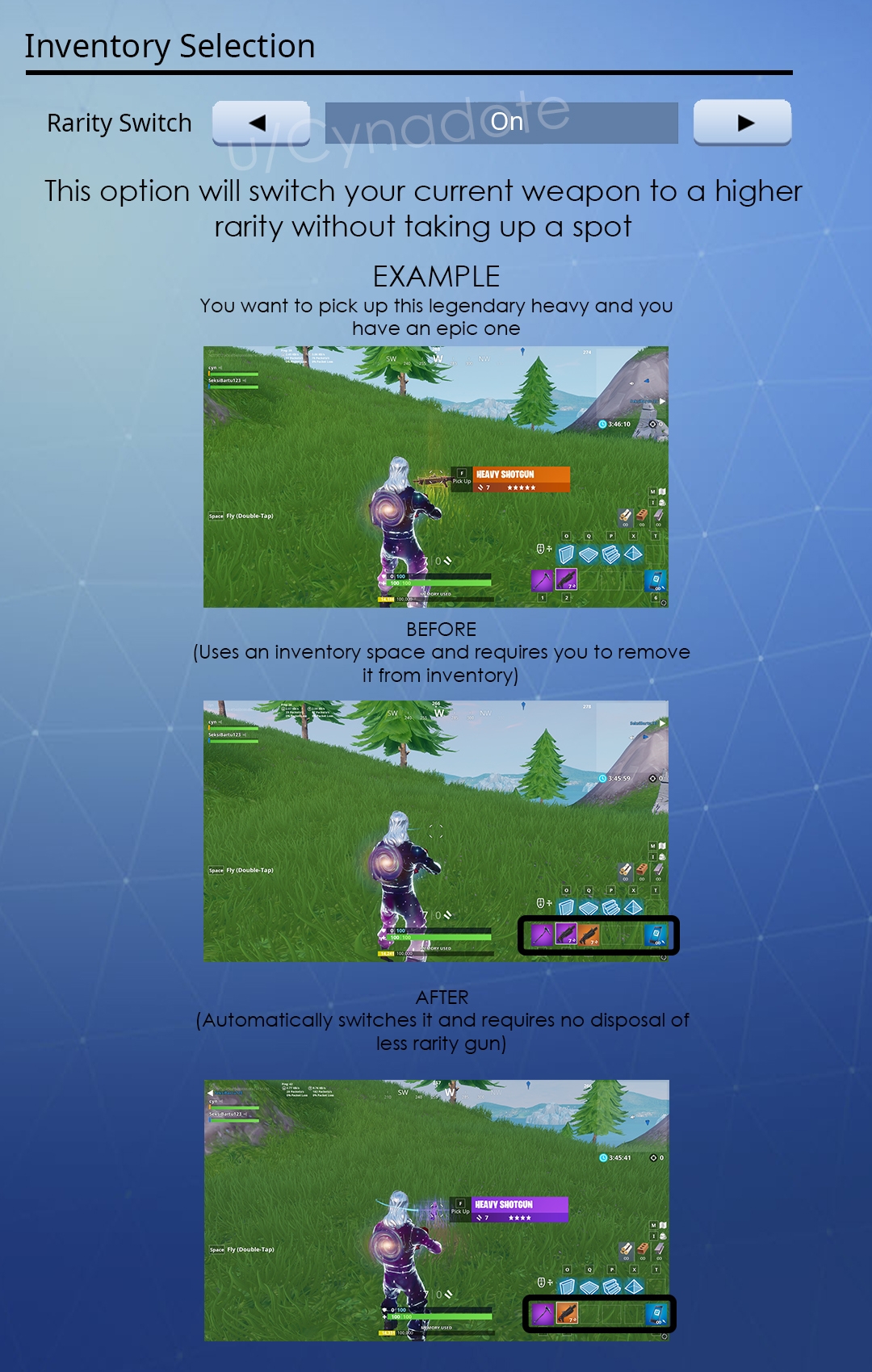 While Fortnite fans on Reddit feel this would be a good idea, they would also like to see Epic Games add a new tool to the game where certain inventory slots were reserved for a specific item.

For example, assault rifles would automatically go into slot number one, while healing items would go straight into the fifth inventory slot when picked up.

While there is no official plans to add this concept to Fortnite, Epic Games take player feedback very seriously, and it’s always possible that they may choose to use this in the future.