A brand new item called “Rift-To-Go” is being added to Fortnite: Battle Royale.

The in-game Message of the Day announcement board in the pregame menu shows the new item with a purple background and is noted to be coming soon.

Here is the new item as displayed in the announcement screen, with the following caption:

Rift-To-Go – Coming Soon!
A rift you can carry in your pocket, Teleport above your current location and glide down. 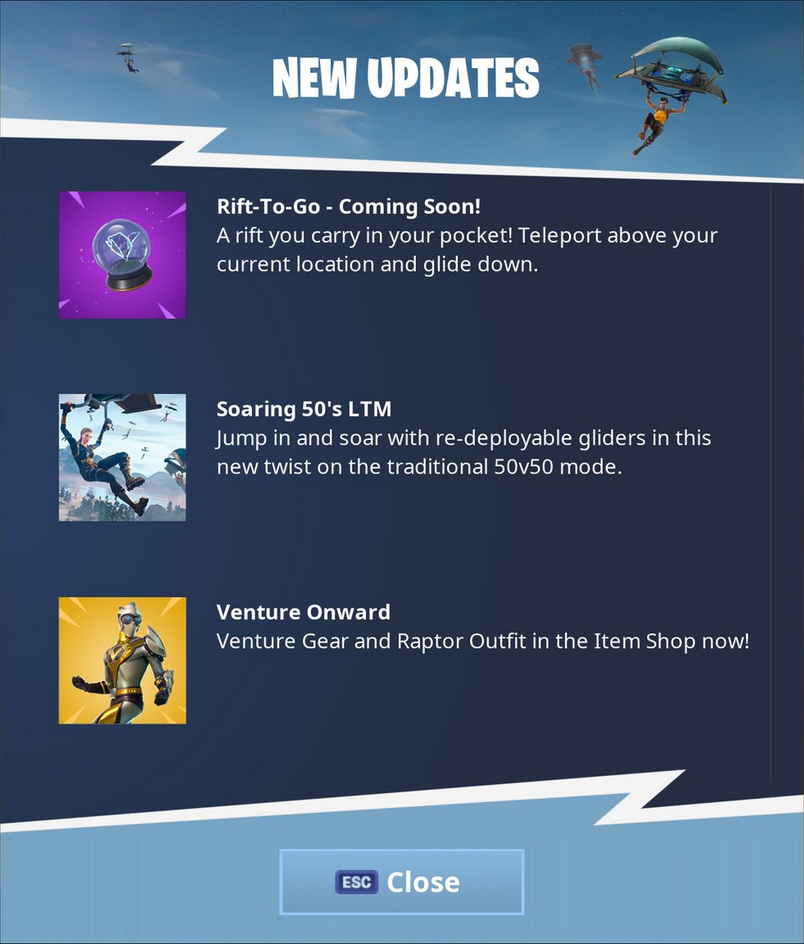 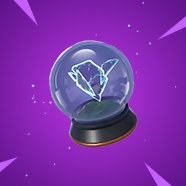 As the caption above describes, this new item will essentially work as a portable Rift, allowing players to teleport into the sky as if they had jumped into one of the Rifts that are already on the map.

Judging by the violet/purple background of Rfit-To-Go. in the announcement screen, it will likely be of Epic rarity, which makes sense considering the strong potential of the item.

This item was actually teased by an Epic representative on Reddit a day before it was officially announced, calling it an “escape plan” players can carry in their back pocket.

Although the release date for this item has not yet been officially specified, it’s very likely to be released as part of the upcoming v5.30 Update, which is scheduled to go live early on August 23.