A clever concept weapon would allow players to harness their inner Chuck Norris with the addition of Throwing Knives to Fortnite Battle Royale.

The throwing knife is a classic weapon from movies, and has also become a cultural icon in gaming thanks to its inclusion in games like Call of Duty, where players would try and capture amazing trick shots with the items.

Now, Reddit user ‘ER4S0R’ would like to see the items added to the latest phenomenon in gaming, Fortnite.

Players would be able to carry the item in stacks of 10, with the Throwing Knives having no drawtime before they are fired, and would make no sound once they had been thrown.

The items would have a limited range over which they could be thrown, meaning players couldn’t launch the item incredibly far distances to hit an opponent, and would have to time and aim their shots perfectly to make them effective.

What would make the Throwing Knives different to any other weapon in the game is the way they would deal damage to opponents. Instead of doing all the damage at once, the knife would deal a base damage of 30 points, and then take another three points off for bleeding from the knife in the five second period after the item found it’s target. 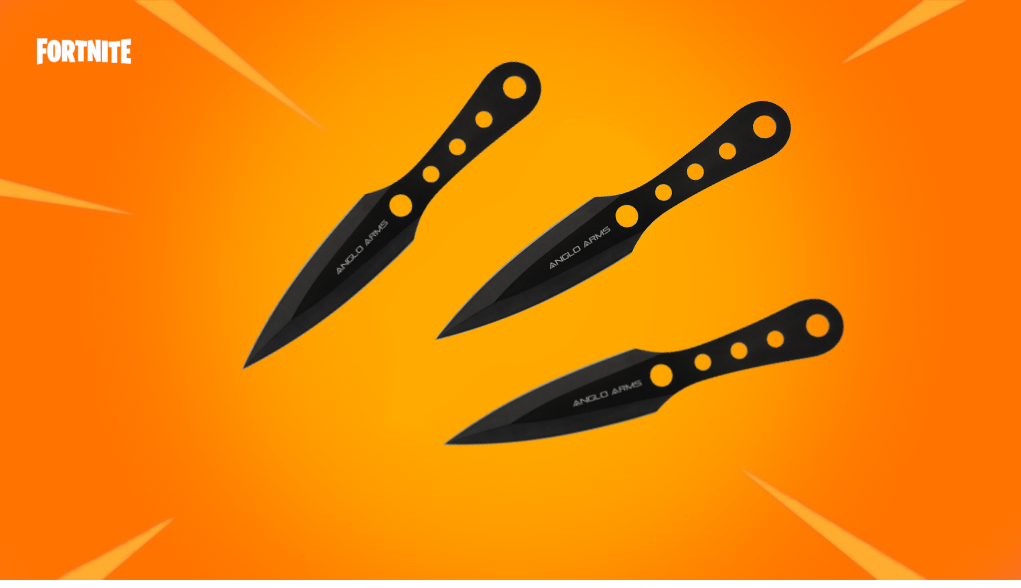 Throwing Knives would fire silently, and deal damage differently to other weapons.

While the Throwing Knives wouldn’t be great over long ranges, they could be used very effectively up close if your aim was good enough to hit opponents multiple times in a short space of time.

They could also be used to perform sneak attacks, as players wouldn’t be able to hear the blade being thrown, and would only know they were under attack once they started taking damage.

While there are no official plans for Throwing Knives to be added to Fortnite at the moment, Epic Games will be adding a ‘Mounted Turret’ to the game in the next major update.